These divers are transplanting healthy coral onto mesh to propagate resilient coral © The U.S. Army/Flickr
,
by Philip Budgen

Oceans
These divers are transplanting healthy coral onto mesh to propagate resilient coral © The U.S. Army/Flickr

A symbol of marine beauty and one of the seven wonders of the natural world, the Great Barrier Reef is a haven for wildlife. Located off the Australian coast, it’s the biggest structure made of living organisms on Earth, stretching over 3,000 kilometres, and is visible even from space. As with many other invaluable ecosystems it’s also severely threatened by climate change.

Warming oceans put increasing stress on its organisms and lead to mass bleaching events that kill corals, leaving them pale. To make matters worse, agricultural run-off seeping into the seas directly affects reef health and encourages the propagation of crown-of-thorns starfish, a species that feeds on corals. Luckily, decades of research into saving this ecosystem are starting to show promising signs. Various strategies are being developed, with the Australian government planning to invest 379 million US dollars in supporting them. 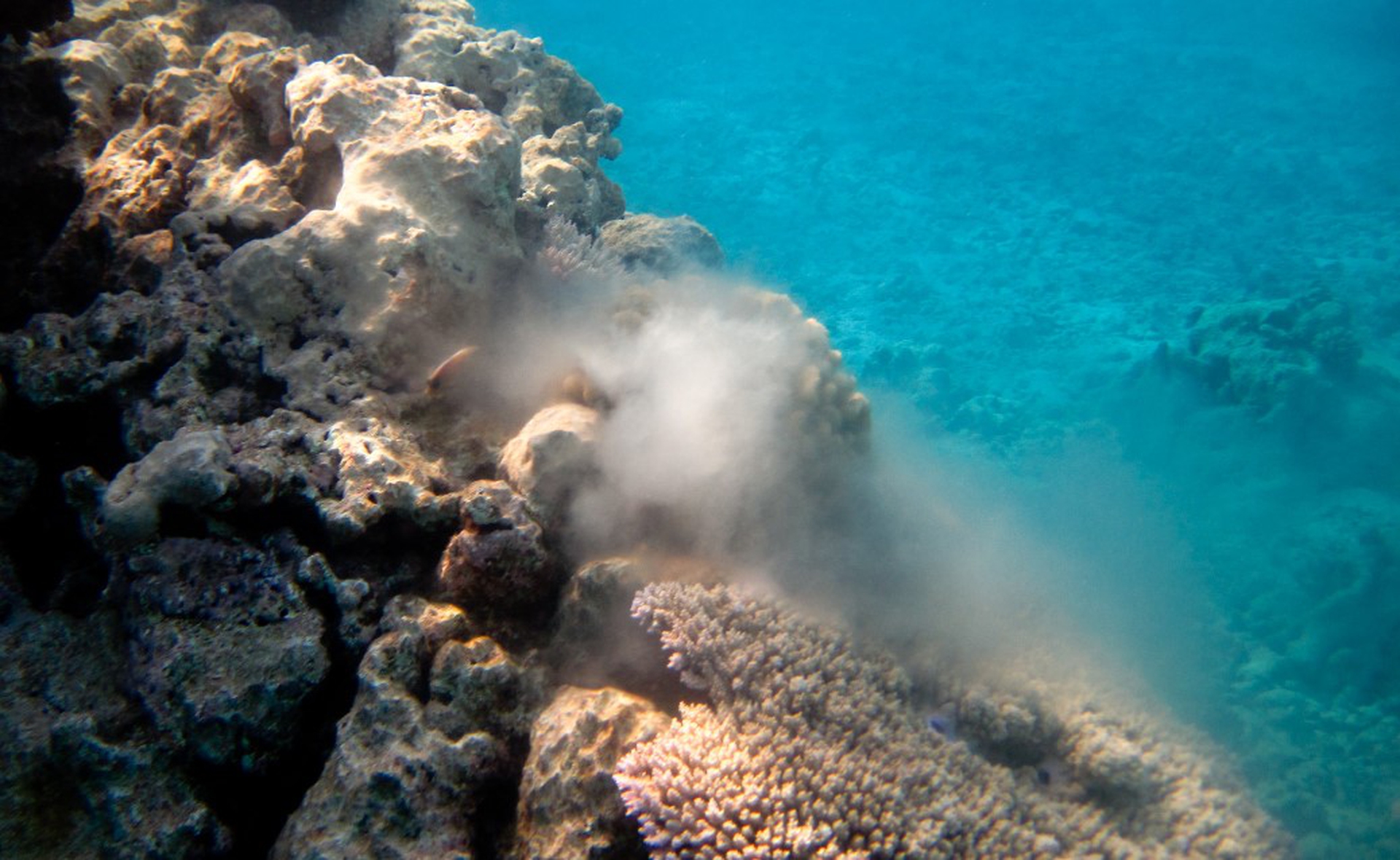 Global warming, the biggest threat to the Great Barrier Reef

The Great Barrier Reef is composed of over 2,900 individual coral reefs built by billions of coral polyps. The latter form a hard skeleton structure at their base which over time creates the reefs’ familiar shapes. These soft-bodied organisms are actually translucent and it’s the algae they host which give them their incredible colours along with most of their nutrients. Bleaching occurs when corals expel the life-giving algae, leaving the polyps – sensitive creatures that only survive within a specific temperature range – colourless and eventually killing them. The single biggest threat to the Great Barrier Reef is global warming, which mustn’t exceed 1.5 degrees Celsius if it is to survive. Therefore, the most effective strategy to protect it is ensuring sea temperatures don’t rise beyond this threshold.

Read more: Ocean warming reaches new record over the past five years due to climate change

When bleaching occurs coral polyps can still live for some time and colonies have been known to recover. However, once bleached they’re more susceptible to death. Mass bleaching events used to be rare and dramatic occasions, but have become more frequent and threatening in recent years. At least three have been reported in the Great Barrier Reef in the last five years, in 2016, 2017 and 2020. Individual reefs are connected to one another by the way corals propagate, i.e. the dispersal of their spawn and larvae which float with the currents, making them more resilient: aside from the more direct damage caused by bleaching, the mass events can also lead to reefs becoming isolated and increasingly vulnerable.

Read more: Chasing Coral, the documentary on coral reefs that makes us all feel involved

Strategies to save the Great Barrier Reef

One of the strategies designed to save coral reefs involves the selective breeding of temperature resistant strains of corals. At the Australian Institute Of Marine Science around 25 varieties of coral are crossbred with the same or different strains, a method known as “assisted gene flow”. Early results from both lab and field studies are encouraging, with the crossbred offspring showing better heat tolerance. Lab grown coral is then transplanted onto artificial platforms built on the seabed where the corals can develop to be later attached onto existing reefs. A similar process is applied to the surviving and seemingly more resistant corals from areas in which most others have died.

One of the key aspects of this strategy is finding corals that can fulfil the roles needed for healthy reef systems to function. An especially promising species, Pocillopora acuta, has been able to resist temperature rises of up to 2 degrees Celsius and also has the potential to aid other corals by acting like a fast-growing weed: areas of dead coral are often overrun by algae that impede the setting of new coral, however this weed-like strain competes with the algae and makes space for slower-growing species to develop.

Helping the natural propagation of coral

An additional method employed in the effort to save coral reefs involves the propagation of coral spawn. Researchers have managed to capture millions of coral sperm and eggs in coral nursery pools to rear new larvae and co-culture them with algae. Corals typically acquire the microalgae later in life but by introducing them in earlier stages the polyps have a better chance of gaining more energy sooner, therefore helping them grow faster and stronger. Additionally, more temperature resilient species of algae have been utilised, increasing the corals’ overall strength.

Another major issue affecting coral reefs’ health are massive invasions of crown-of-thorns starfish that spread across entire reef systems. These creatures can ingest 10 square metres of coral each year and females can produce up to 50 million eggs. While a few thorny starfish might not pose much danger, rising sea temperatures and nutrient rich water running off from agricultural processes on land are contributing to an increase in their numbers. These organisms release their stomachs onto corals to digest them externally and leave behind the pale skeletons of once colourful polyp colonies. On a 160-kilometre-long stretch of the Great Barrie Reef between Cairns and Cooktown divers have culled half a million crown-of-thorns starfish, out of an estimated total of over 5 million, to try and control their numbers.

Coral reefs have been nicknamed the “rainforests of the sea” not only for their vibrant beauty but also their outstanding biodiversity. In addition, they provide a source of sustenance for people around the world as well as of income through activities like tourism. Their value is immense. Rising sea temperatures caused by climate change put the most magnificent of them all, the Great Barrier Reef, in grave danger. Fortunately, a growing body of research is finding potential solutions to the mass bleaching and pest proliferation that threaten its longevity. Whether these strategies will have long-lasting impacts is yet to be seen and above all global efforts must be made to tackle the all-encompassing challenge of global warming. What remains certain is that hope is the last to die.