The biography of Martin Luther King Jr., the man who dedicated his life to the civil rights movement in the United States, including what his philosophy was, what he is famous for and how he changed the world.

Nowadays, due to significant migratory flows, racism and xenophobia appear to have once again rooted themselves in people’s minds and hearts, and far right-wing  political movements are gaining momentum. This is why we would need a charismatic and revolutionary figure like Martin Luther King Jr., who as leader of the civil rights movement in the United States changed the world, now more than ever. 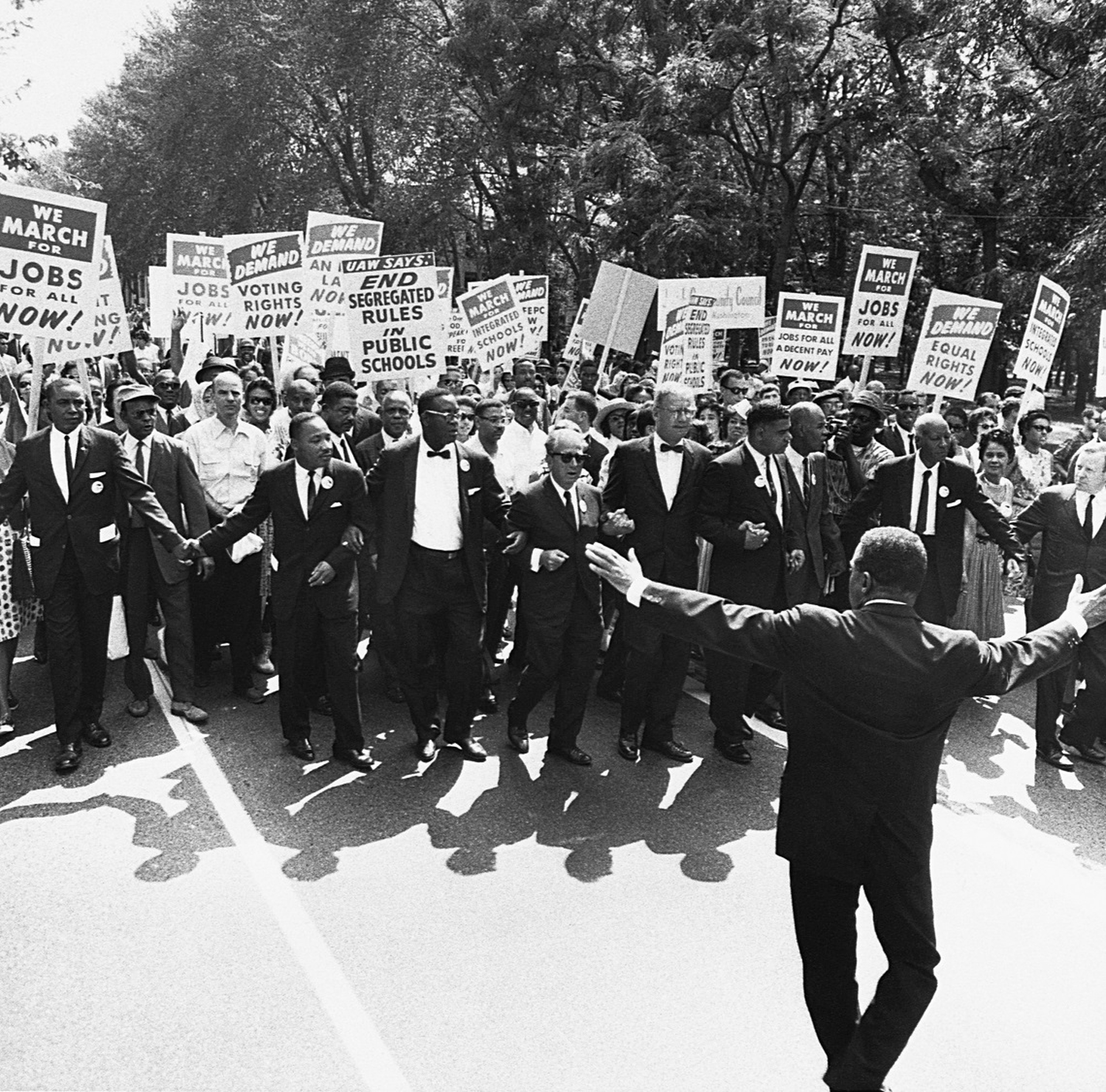 Martin Luther King Jr. was born in a family of Baptist church pastors on 15 January 1929 in Atlanta, Georgia, in the United States’ deep South, where racism was and still is deeply rooted. A young King soon realised that the colour of his skin represented an apparently insurmountable obstacle. After becoming conscious of this unacceptable discrimination, he dedicated himself fully to his studies, earning a degree in philosophy and becoming a pastor too. He then began his unstoppable and peaceful battle against racial segregation.

What was the philosophy of Martin Luther King Jr.: the peaceful battle

King admired Mahatma Gandhi and his doctrine of nonviolence, which is based on reaching social objectives or political change without resorting to physical violence. When Rosa Parks, tailor and African American civil rights activist, was arrested in 1955 after she refused to give her seat on a bus to a white man, this triggered something in King and he decided that it was no longer possible to silently endure this injustice. He therefore led a large public transport boycott among African American citizens. This lasted 382 days, generating an impressive media following, and ended with an important victory: in 1956 the Supreme Court of the United States declared segregation laws on public transport to be unconstitutional.

I have a dream speech

Martin Luther King Jr.’s most famous speech, which includes the famous “I have a dream” sentence, was held in Washington on 28 August 1963 during a historic civil rights rally in front of a crowd of 200,000 people. In his passionate speech King demanded justice and equal rights, expressing a dream “that my four little children will one day live in a nation where they will not be judged by the colour of their skin, but by the content of their character”.

What Martin Luther King Jr. is famous for: the Civil Rights Act

The Civil Rights Act was approved on 10 February 1964, abolishing discrimination in all spaces dedicated to public services, hotels, motels, restaurants, stadiums, theatres, public libraries, workplaces and labour unions. That same year Martin Luther King Jr. was also awarded the Nobel Peace Prize: at the time, the youngest person to receive this recognition, at the age of 35.

How he changed the world: Selma

The city of Selma, Alabama, is very important in the history of the African American civil rights movement in the United States. This city was the starting point of three protest rallies organised by Martin Luther King Jr. that reached the city of Montgomery. The first march, which later became known as Bloody Sunday, took place on 7 March 1965. Approximately 600 people who were protesting peacefully to obtain the right to vote for all African Americans and put an end to racial segregation, were charged by the police as they were crossing the Edmund Pettus bridge. On 25 March 1965, during the last march, King and 25,000 people demanding equal rights arrived in Montgomery from Selma, reaching the Alabama governor’s palace. A 2014 movie called Selma recounts these events.

Read more: Selma and the March that changed the history of civil rights in the United States

Who killed Martin Luther King Jr. and why?

Martin Luther King Jr. became the beacon for an entire community, his notoriety continued to grow and he became the most important symbol of the fight for civil rights. This is exactly the reason why white, bigoted and conservative America feared him. King received many threats (even a letter from the FBI containing details on his extramarital sexual life that suggested King should kill himself) and was then arrested. On 30 June a bomb destroyed his home, fortunately without consequences for his family. On 4 April 1968 in Memphis, Tennessee, Martin Luther King Jr. was killed with a high calibre rifle just before attending a meeting in a local church. His killer, James Earl Ray, was arrested two months later and after having initially confessed to the murder he denied any involvement and talks about a conspiracy against King arose. The assassination sparked the rage of the African American community causing riots in every ghetto in the country, with a high number of casualties: 43 deaths, 500 injuries and 27,000 arrests.

Even though his life was too short, Martin Luther King Jr. radically changed the struggle for black civil rights, giving new life to the ideals of an entire generation. King managed to transcend his figure and had nearly risen to the role of prophet, carrying the torment of his people’s burden, leading them into a new era. Every year on the third Monday in January, Martin Luther King Jr. Day is celebrated in the United States to commemorate his struggle. The campaign to institute this federal holiday began in 1968, a few days after King’s death. The recurrence was signed into law in 1983 by then-president Ronald Reagan and first held on 20 January 1986.