Worldwide there are over 5,000 indigenous communities keeping their traditions alive by practicing precious, ancient ways of living. They continue doing so despite repeated attacks against them and the ongoing destruction of their land. The extinction of such cultures would represent a threat to all humanity. Rather than being relics of a past world, they’re living proof that despite everything, life outside dominant and conformist society is still possible today.

Like a kaleidoscope of human diversity, a select few members of these communities are the protagonists of the 12 photographs that make up the 2020 calendar entitled We, the people published by Survival International, NGO protecting the rights of native peoples around the world. 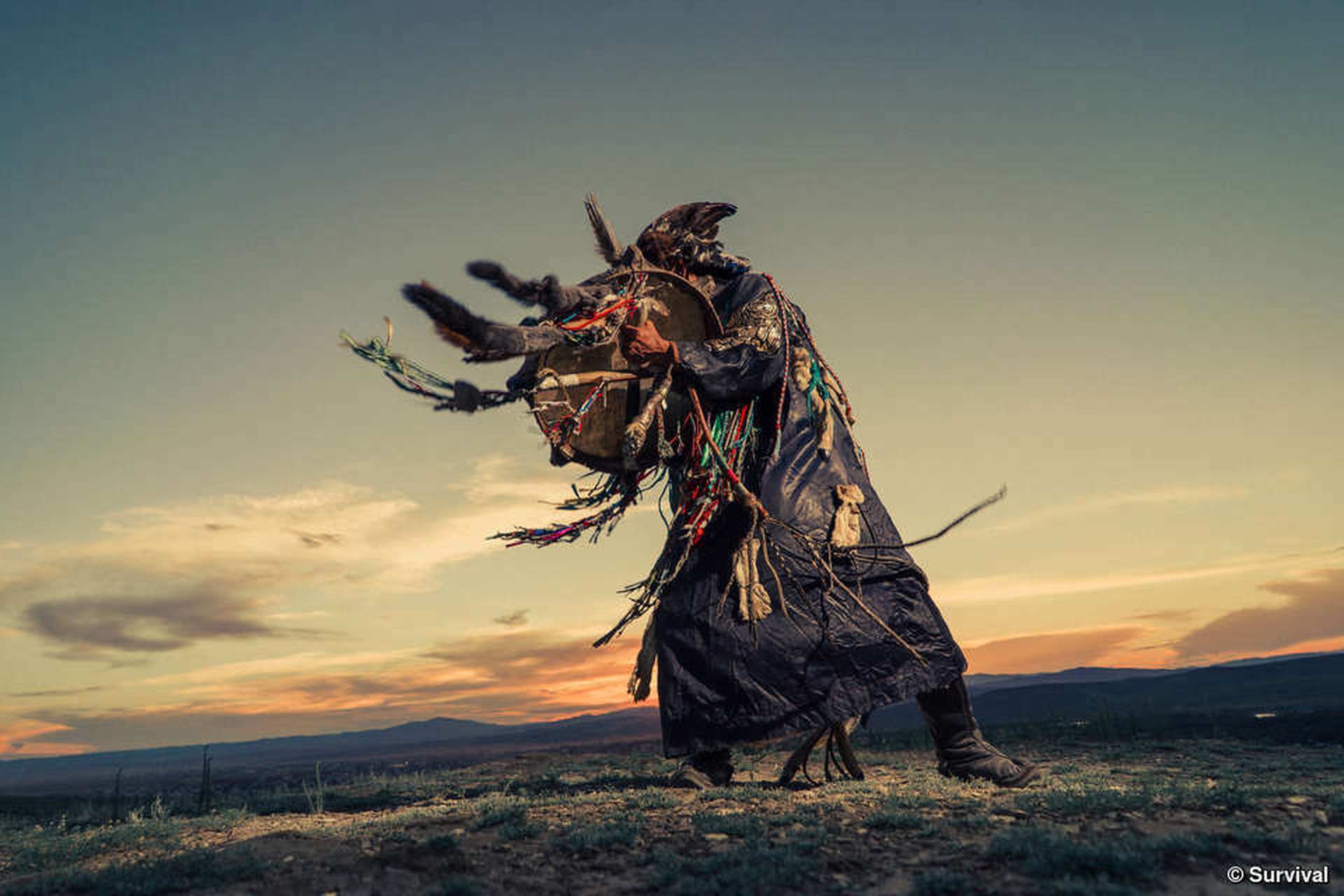 Survival’s 2020 calendar, a celebration of diversity

The NGO announced the winners of its annual photography competition on 1 October, images capturing the deep connection that ties indigenous populations to their territories, making them the best environmental stewards. From the Arctic to the Amazon, the selected photographs give us “an insight into tribal people’s largely self-sufficient and extraordinarily diverse ways of life,” Survival states.

From the Australian Aboriginals to the Iñupiat people of Alaska, passing through the Peruvian Quechua and Sama-Bajau women of the Philippines, the 12-photo calendar is like an anthropological exhibition. The photos guide the viewer, with discretion, to discover the many indigenous communities living across the globe. The winning photograph, taken by Italian Mattia Passarini, is displayed on the front cover. The picture shows a Tibetan girl hugging her lamb.

Protagonists behind the lens too

Naturally, indigenous communities are the undiscussed protagonists of Survival’s 2020 calendar. All proceeds from its sale are used to safeguard and defend them. However, they’re not restricted to the role of photographic subjects. As a matter of fact, four of the winning photographers are themselves indigenous: Melody Charlie, Edgar Kanaykõ Xakriabá, Kiliii Yuyan and Wayne Quilliam. The remaining prize winners are Luis Fabini, Jacob Maentz, Nicolas Senegas, Gabriel Uchida, Soledad Longo, Ana Caroline de Lima, Yuriy Ogarkov and Marco Marcone.

Photography is on native peoples’ side

“Powerful images have always been at the heart of the fight for tribal peoples’ survival,” says Survival International director Stephen Corry. “We’re delighted to have gathered so many beautiful images to reflect the peoples whose struggles Survival exists to support. I hope that they will energise people to get behind this cause, which is one of the most urgent and horrific humanitarian crises of our time”.