Two pilots, Fergal McGrath and Julian Warren broke a new Guinness World Record, driving on a Honda Civic Tourer 1.6 i-Dtec for 13,498 km in 25 days, crossing 24 countries of the European Union, with an average consumption of 2.82 litres per 100 km. 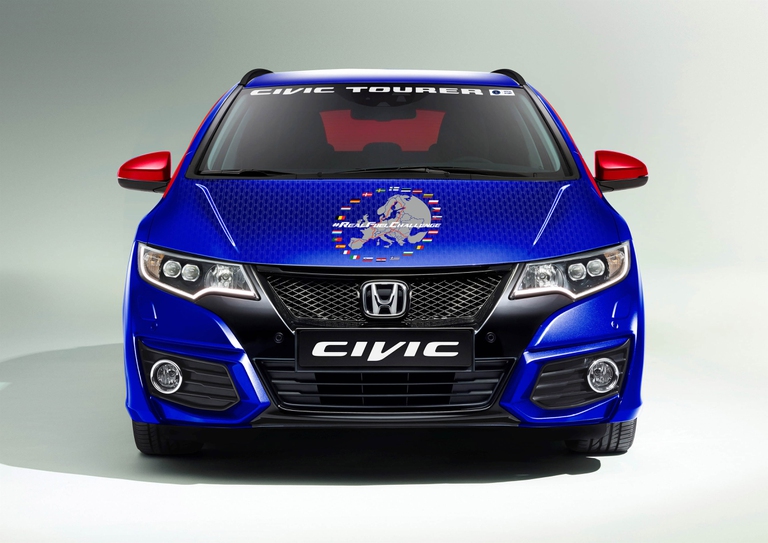 Once again, Honda’s diesel engines prove to be the most fuel-efficient. The two pilots set off on 1st June from Aalst, in Belgium, and travelled clockwise around Europe, getting back to the starting point on Thursday 25 June. The car travelled for about 1,500 km with full tank, with an overall cost of 645 euros, calculated on the average cost of diesel in the United Kingdom in June 2015.

“It was tough, but we really enjoyed it, and setting this new Guinness World Records title has made all of the hard work worthwhile,” said Fergal McGrath. “This was a huge team effort so I’d like to thank everyone involved for all of their commitment and support. After spending so much time behind the wheel, Julian and I are just happy to be back behind our desks for a while.” 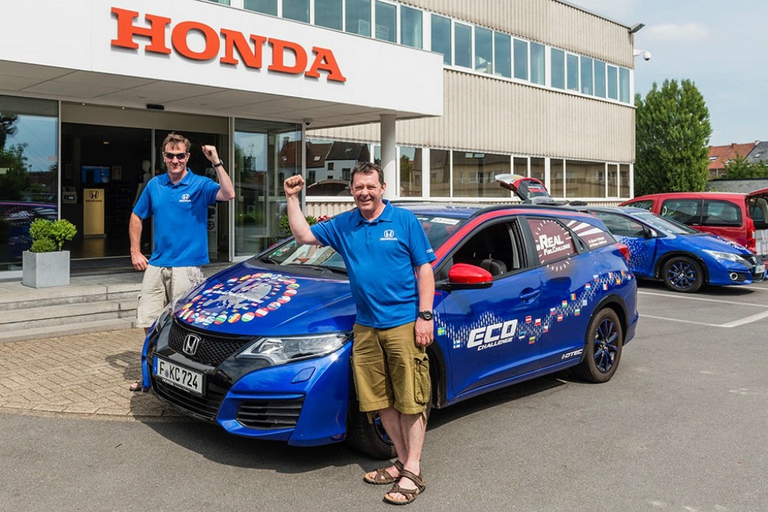 To score the Guinness World Record, the two pilots had to travel together for the whole journey, driving for 600 km a day in about 7 hours and a half. During every stop, the car, which is a standard model totally similar to those on sale, was monitored via GPS, through videos and pictures, along with a Tracker recording time and travelled distance. The car always fills up its tank in standard service stations, while tyres were always inflated at recommended pressures.

Of course, to achieve these results driving habits are also very important. If they want to save fuel, Drivers have to take some precautions. In this case, the two pilots carefully planned the route, adopted a flowing and consistent driving style with no abrupt acceleration or braking, examined road conditions in advance and avoid carrying unnecessary load. This proves once again that a rational driving style and recent engines can help reduce consumptions and emissions dramatically.

Conrad Colman. My solo round the world race with a renewable sailing boat

Conrad Colman, a young sailor from New Zealand, is determined to be the first person to complete the Vendée Globe race without using fossil fuels.

Activists call on London mayor Sadiq Khan to ban diesel vehicles from the capital by 2025, amongst mounting evidence that they’re a serious health risk.

Emanuele Taibi. The time is ripe for islands to accelerate deployment of renewables

Emanuele Taibi, analyst at renewable energy agency Irena, explains why islands are well placed to push forward toward a more sustainable development model based on renewables and technological innovation

Paris, Athens, Madrid and Mexico City are the first megacities to ban diesel cars from their streets in order to reduce air pollution.