What is fracking (or hydraulic fracturing)

What is fracking, what are its advantages for governments and disadvantages for the environment. And two recommended films to learn about it without getting bored.

Fracking, or hydraulic fracturing, is a technique introduced in the first decades of the 20th century to extract natural gas and oil from shale rocks, i.e. exfoliating rocks that lie deep below the Earth’s surface.

Hydraulic fracturing consists in perforating the ground until shale gas deposits are found and injecting pressurised liquid made of water, sand and chemicals into the cracks in order to allow natural gas to emerge from the surface.

The process takes advantage of naturally formed fractures and extends them or creates new ones.

What is wrong with it?

The use of massive fracking in the United Statesh has revolutionised the energy industry, but also raised concerns about the environment.

First of, a huge quantity of water is carried to the site and used for gas extraction, causing significant waste and environmental impact. 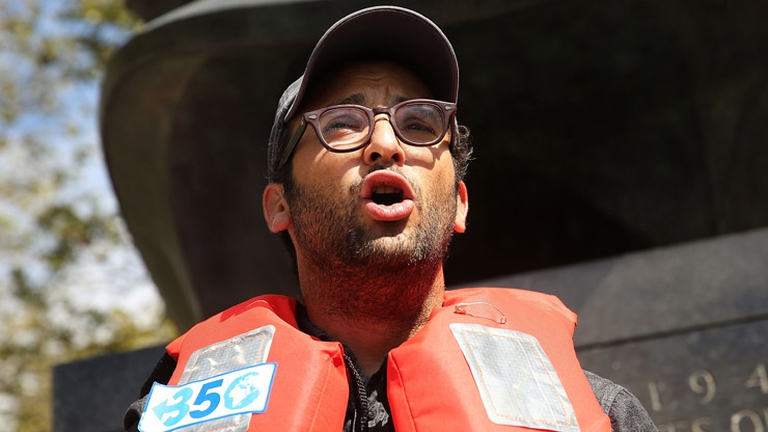 Secondly, using chemical pollutants has potential public health implications and contaminates groundwater near fracturing sites. Only 80% of the fluid injected into the wellbore is released to the surface, the rest is left in the ground.

Thirdly, there may be a connection between fracking and earth tremors. An often mentioned example is the 5.7 magnitude earthquake that took place on the 6th of November 2011 in the US State of Oklahoma, potentially triggered by the injection of pressurised wastewater into underground.

Environmental organisations claim that this technique, which uses fossil fuels, is an expedient on the part of oil companies to delay governments’ adoption of energy policies based on safe, clean and unlimited renewable sources.

Why do governments rely on it?

The United States and Canada have increased their internal energy production and reduced the energy they import from other countries through massive fracking activity. According to predictions, natural gas extracted by fracturing is going to improve the US energy self-sufficiency and the demand for some dirtier fossil fuels like coal is going to drop for almost a century.

Fracking in Italy, and Europe

Shale gas can be found in many other western countries, such as in Eastern Europe countries, from the Balkans to Poland, and Germany. There are a few deposits in Spain and Italy, especially in Emilia Romagna, in Northern Italy. In Ukraine and recently even the UK there are operating oilfields.

In Italy, the environmental board of the Chamber of Deputies approved a resolution that bans fracking. This decision, based on safety precautions, was made also by many other European countries that are currently involved in a study of fracking’s environmental threats.

Two films have been made on the subject: Gasland, a 2010 documentary by Josh Fox (pictured above), together with its TV version released in 2013, and Promised Land, a 2012 film narrated by Matt Demon and directed by Gus Van Sant. Both of them aim to show hydraulic fracturing’s negative effects on the United States’ small communities.

Brazil does a U-turn on fracking. Indigenous lands protected from oil and gas exploration

The government sold indigenous land in the Amazon’s Juruá Valley to oil and gas companies. But a court ruled against this, protecting inhabitants from fracking.

Those who fight for the climate have no choices: it’s a matter of survival

It’s not possible to prevent people from fighting for the climate. Naomi Klein talked at the Climate Action Zone, Paris. Here’s what she said.

Something is changing in the world’s energy market: shale gas, gas extracted from porous rocks through fracking, plays now the lead role.