Six months after the launch of SolaRoad, the performances of this cycle route are excellent and now California wants to take part in the project.

Bikes perfectly match with solar power. Thanks to SolaRoad, Holland paved the way to solar cycle route. SolaRoad generates solar power through solar panels replacing tarmac and is proving to be more efficient than expected.

“We didn’t “expect a yield as high as this so quickly,” said Sten de Wit, SolaRoad spokesman. Opened few months ago, the solar cycle route has already generated over 3,000 kWh, as reported by De Wit: “This can provide a single-person household with electricity for a year, or power an electric scooter to drive of 2.5 times around the world. If we translate this to an annual yield, we expect more than the 70 kWh per square metre per year, which we predicted as an upper limit in the laboratory stage. We can therefore conclude that it was a successful first half year.”

Since its opening in November, over 150,ooo cyclists have crossed SolaRoad, which will still be a pilot project for the next 3 years at least. 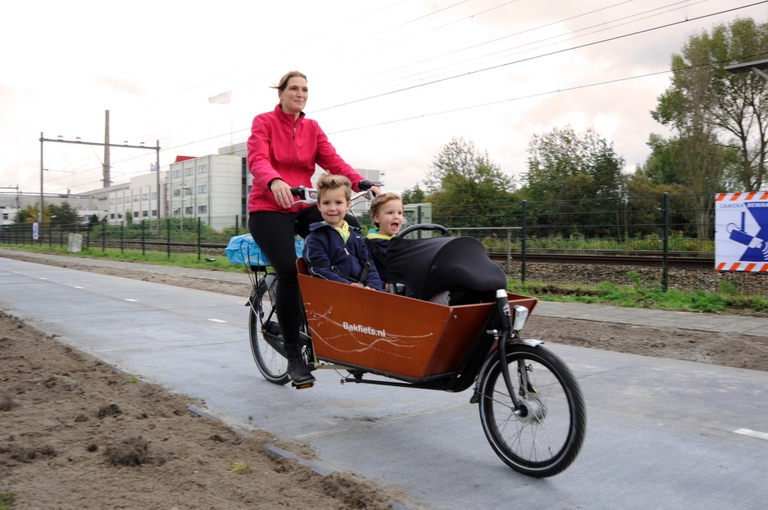 The success of this solar cycle route resulted in pilot projects carried out in other provinces of the Netherlands. The province of North Holland even signed a cooperation agreement with California concerning SolaRoad project.

This agreement aims to reduce greenhouse gases and produce clean energy within 2050. Such objectives were set by California, which is one of the American states at the forefront of such topic. The agreement  provides for an exchange of data, technologies and information also concerning other sectors of sustainable mobility, including electric mobility.