Contamination and microbial proliferation in food products can cause unpleasant disorders. Dr. Luciano O. Atzori, secretary of the Italian guild of biologists, explains what we should pay attention to while cooking.

When you suddenly suffer from stomachache, nausea, dysentery or abdominal cramps, you often blame the restaurant or the canteen where you have just eaten. Actually, experts claim that our kitchens are the places where hygienic and sanitary risks are higher. It’s here that, as a result of bad habits, contamination, microbial proliferation in food products as well as the development of dangerous chemicals occur.

Here are the most common risks and the tips to avoid them.

Bacteria development and multiplication. Many raw foods including meat, vegetables, fish, eggs are contaminated by microorganisms. A few of them are not dangerous, while the others are pathogenic. If the latter are in the ideal conditions for survival, they proliferate, increasing the risk of developing infections, intoxication or toxinfection in human beings. Given that most of the bacteria have our same nutritional needs, it goes without saying that most of the food we eat is a good substrate for their growth, just as it is for us. Therefore, it’s important to reduce as much as possible the time in which ready foods (especially if cooked) or semi finished products (such as sauce, broth, etc.) stay at room temperature. Basically, the less the foods are at room temperature the less bacterial proliferation and diseases are likely to occur: it’s better not to exceed 15-20 minutes. This is why perishable foods are preserved in low temperature environments (at +4 ° C in the refrigerator and -18 ° C in the freezer). Covering with lids, film or aluminum the foods that are at room temperature is useful to reduce contamination, but it doesn’t prevent bacteria proliferation.

Cross contamination. Cross contamination is the direct or indirect passage of pathogenic bacteria from contaminated foods (usually raw) to other bacteria-free foods (generally, all cooked foods). This type of bacterial contamination usually occurs when people handle foodstuffs with unclean hands or using dirty cookware (e.g. cutting boards, knives, containers) or when they prepare raw foods and then cooked foods with the same equipment. Preventing cross contamination is easy as you just need to take some precautions: wash your hands (often rich in Staphylococcus aureus) always before you start cooking and then when switching from a preparation to another, especially if in the former you use raw foods. Beyond that, it is advisable to sanitise always the cookware and equipment used when preparing raw food before using them again for cooked food items or to simply use clean cookware. You should also avoid the use of kitchen towels and replace them with disposable paper pulp. 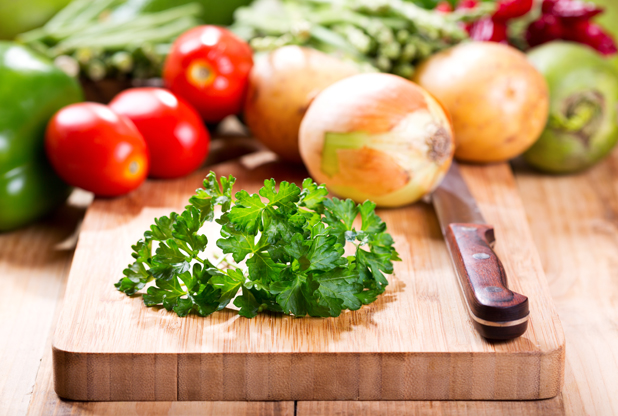 Cooking food. Not only is cooking food useful to digest meals better and to make them nicer, but also to reduce the the ingredients’ potential bacterial load. But if you don’t cook accurately, you can incur in some serious problems. This is the case of barbecued meat and fish that, due to high temperatures, can generate very harmful substances to human health such as PAHs (polycyclic aromatic hydrocarbons) and heterocyclic amines. And if when barbecuing you use plant species rich in resins (wood fir, cypress, pine) the results can be even worse. It is advisable to follow these tips: choose lean meat and fish (i.e. low in fats); remove from the grill the charred meat left from previous barbecues; before cooking it is advisable to marinate the food using lemon juice, garlic, spices and herbs; avoid cooking sliced food and charring their outer surface. Don’t cook partially thawed out fish and meat because in order to cook the inner part you can char the external one which, in any case, shouldn’t be eaten.

Eating raw food. Eating raw fruits and vegetables is important because these foods maintain almost all their nutrients when raw. The foods that it is advisable to eat cooked include fish, meat and shellfish. Consuming raw fish (sushi, sashimi, fish tartare) or almost raw fish (smoked fish, carpaccio or marinated fish) can be dangerous since many species are infested with parasites that can be transmitted to humans. These include the best known Anisakis, Diphyllobothrium latum (common in freshwater fish) and Opisthorchis. If you want to eat raw fish without having problems you have to freeze the fish at -20 ° C for at least 24 hours or at -18 ° C for at least 96 hours, since prolonged low temperatures kill these parasites. Another potential health danger is due to the consumption of raw shellfish (especially mussels) as they may contain pathogenic bacteria (Salmonella, Escherichia coli, etc.) and dangerous virus (e.g. the Hepatitis A virus). Many people still believe that it is enough to put a few drops of lemon juice on living mussels to kill these dangerous microorganisms. The citric acid actually doesn’t kill microorganisms. To avoid risks you should buy seafood at the usual grocer’s shops, which provide a range of legal obligations to protect the consumers’ health. In addition, when taking these products at home, it is recommended not to let them defrost and, once you are at home, you should keep them in the freezer and then consume them as soon as possible with or without lemon. Even the meat (and many meat-derived foods such as sausage) should be cooked properly (especially if wild game meat) to avoid the Tenia solium known as “tapeworms” Tenia saginata, Trichinella spiralis. 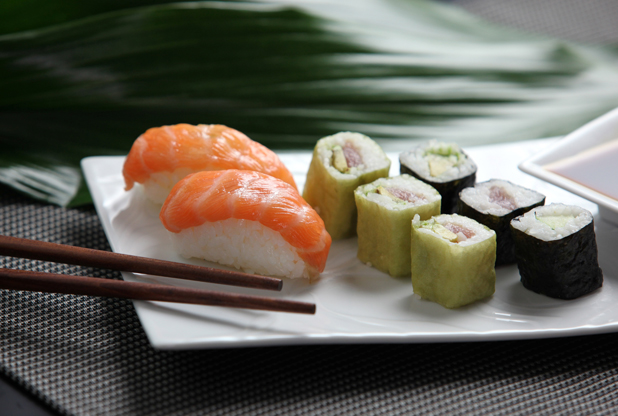 Disinfectant residues. We all want to see the sparkling reflections of a clean dish. To do this, we often abuse of detergents and chemical disinfectants and, in order to save water and time, we rinse the dishes without care. This behavior is incorrect because, even if the foam is removed, some detergents and many disinfectants leave on the cookware and equipment an invisible, thin film of dangerous substances. So, to avoid any chemical intoxication, which often occurs with mild symptoms, we recommend to use little detergent and rinse the dishes accurately. 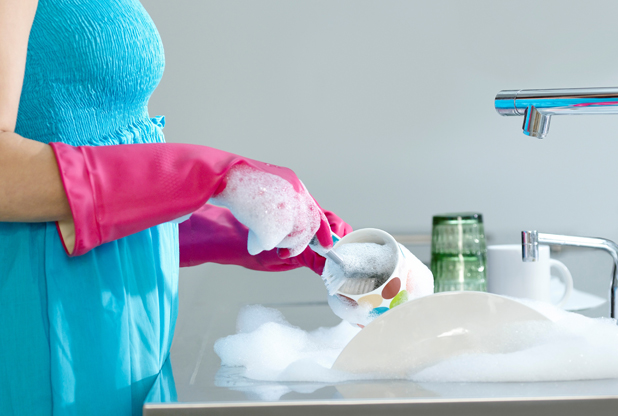 Fruits and vegetables in season by month: August

August groceries offer a great variety of fresh food. Here is what you can buy to prepare a perfect seasonal menu.

Fruits and vegetables in season by month: July

Tomatoes, aubergines, peppers, peaches and watermelons: these are only some of the delicious fruits and vegetables for July groceries shopping.

Fruits and vegetables in season by month: June

What fruits and vegetables are in season in June? Among other things, apricots. Here’s a list of seasonal foods to buy and eat this month.

What you need to know about food irradiation. How it works, where it’s used, advantages and disadvantages

The US government says food irradiation is beneficial and doesn’t change taste, texture or appearance. But are we sure food is safe when exposed to ionising radiation?

The traditional Roman recipe of Catalogna chicory sprouts with in oil anchovies.

A table full of fresh and colourful well-cooked foods helps protect the body from the damage of free radicals. Let’s discover how.

Appetizing and tasty, these leek croquettes can also be prepared with carrots, courgettes, spring onions or other vegetables, provided that they’re seasonal!

The red rice with Brussel sprouts can be served warm or cold as a fancy rice salad.

The cream of Jerusalem artichoke soup with sage has a naturally creamy texture and is perfect for winter evenings during Christmas feasts.