One of the leading manufacturer of electric motors face the crisis and relies on electric mobility, building engines, batteries and bicycle parts itself.

A new brand was born that aims to become the discovery of the year with regard to electric mobility. Indeed, in 2015 a full range of electric vehicles 100 percent made in Italy are being launched. A bike, a scooter and a city car. All with an electric soul.

We are talking about Askoll, one of the world’s largest electric motor manufacturer for appliances, heating and air conditioning. The company, that is headquartered in Povolaro di Vicenza, has also 11 units in Italy, Slovakia, Romania, Brazil, Mexico, China and a total turnover of about 300 million euros in 2014. 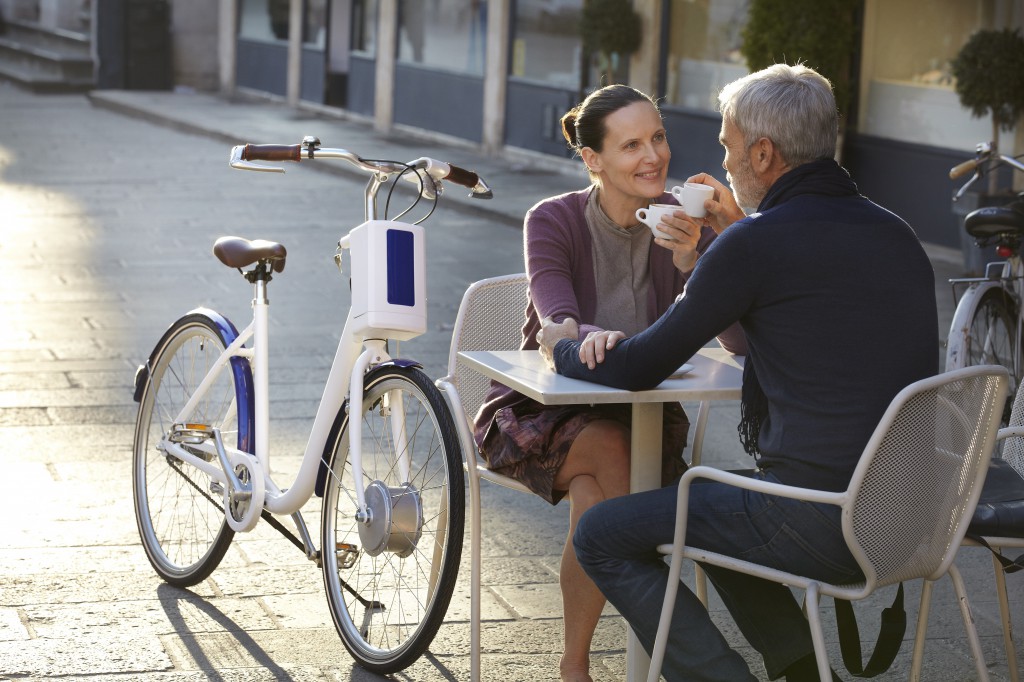 “We all own at least 4/5 motors designed and manufactured by Askoll” says president Elio Marioni. This is a company that made its fortune out of innovation. “Since its foundation in 1978, Askoll has been granting 850 patents. Today, we are trying to apply our expertise to electric mobility”.

In a shrinking market where low costs sometimes replace quality, the company takes action by investing € 360,000 in almost 18 months to create a full range of electric vehicles. It was in such circumstances that eB1, the pedal-assisted bicycle, and eS1, the electric scooter, were born. Designed and manufactured in Vicenza’s factories, these electric means of transport are the real strength of the company. The electric motor, drive unit and battery (powered by Panasonic), are also built in Vicenza’s plants.

The electric bicycle, with its vintage look and a fascinating design, is light, nice and easy to use. The 300 Wh battery is assembled on the front side and is one with the bicycle frame. It can be easily removed, taken home (it weighs around 1.5 kg) and charged in its connector that can be plugged in every home socket. A full charge costs around 5 cents, considering the electricity night rates, and lasts for 100 kilometres.

The eS1 electric scooter was designed by Paul Trabuio, who has been working for 23 years in Aprilia and Piaggio and is the creator of Scarabeo. The two-wheeler was built around the electric motor and battery pack (which lies under the seat), and an ergonomic design. The peculiarity of this model is undoubtedly the regenerative braking: while driving on a straight road you can use it in place of the brakes (only in case you slow down softly), when you bend out it makes your driving experience funnier. Even in this model a full charge lasts for 100 km but it uses 2 kWh of electricity, at a cost that averages 30/50 cents. 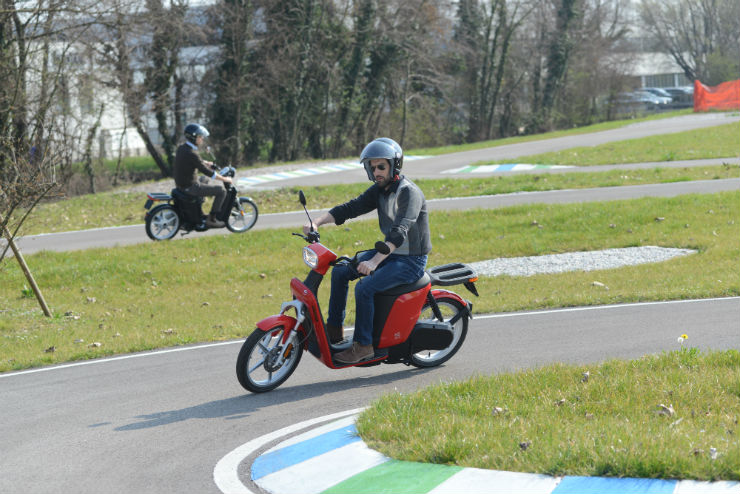 But this is not all about Marioni’s idea. “Every month from April onwards we are going to open one Askoll store in a different city of Italy”. In eight Italian cities from north to south there are going to be Askoll’s official stores. Vicenza, Verona, Padua, Catania, Cuneo, Turin, Bergamo, Mantua and at a later time Pisa, Bologna, Milan, Rome, Lucca, Florence and Lecce. In these official stores not only can you buy vehicles, but also the whole line of Askoll’s branded accessories. The price? 990 euros for the bike and 2,190 euros for the motor scooter.