A group of British scientists is carrying out a study to better understand how climate change affects penguins in Antarctica. They are now looking for volunteers to monitor the pictures of these funny birds.

Finding someone who doesn’t like penguins is quite impossible. These birds – with their funny gait and impossibility of flying – inevitably trigger fondness. British scientists are relying on such liking to find volunteers to look at thousands of pictures of penguins.

Researchers are trying to figure out the effective impact climate change has on penguin populations living in Antarctica. They installed 75 cameras in areas where penguins use to gather and in nearby islands, in order to understand what is happening to local populations. The amount of pictures taken by each device is so high that researchers are not able to fully examine them.

“We can’t do this work on our own,” said Tom Hart, researcher at the University of Oxford. “Every penguin that people click on and count on the website – that’s all information that tells us what’s happening at each nest, and what’s happening over time”.

Everyone can join the project, named PenguinWatch 2.0, in just a few simple steps: you need to sign in, look at the pictures and tag the penguins (adult, chicks, and eggs) in each photo. It’s an easy and fast procedure and you will also have the opportunity of chatting with other volunteers and the scientists themselves. 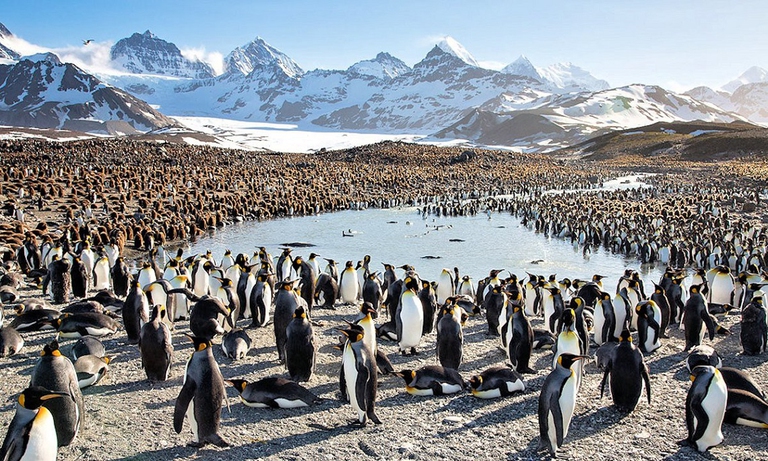 Besides, the project plays an important role in understanding what is happening in Antarctica in general, as penguins can be considered as “indicators” of environmental changes. “As top predators, penguins are considered sentinels of changes within their ecosystem,” reads the PenguinWatch website. “Because penguins spend the majority of their life in water and fall at the top of the food chain, any variations in their populations may represent larger changes to the dynamic Antarctic ecosystem”.

Why melting ice affects us all

WWF’s latest report shows that ice is rapidly melting in polar and mountainous regions. We will lose the world’s cold areas and thus undergo water shortage.