Seine fishing is good but attracting fish through FADs (Fish Aggregate Devices) is not good. Seine fishing is a method that employs seine nets arranged so as to surround schools of fish. When fish is surrounded by the net, fishermen pull a purse-line – that passes through all the rings – to capture animals within the net. This is a preferred technique for catching fish species which school close to the surface, such as sardines, or species that aggregate to lay eggs, i.e. squid or gilthead bream. Purse seine fishing is a relatively sustainable way of fishing because it is used to catch only target schools of fish and doesn’t damage the seabed. As a matter of fact, it can result in small amounts of by-catch and the seabed is not even touched.

As any other tool, it can be used in a wrong way: i.e. when tuna-fishing nets are intentionally lowered to catch schools of dolphins (mostly in the Eastern Tropical Pacific). It is advisable to avoid consuming fish from the Indian Ocean that is caught through the use of FADs. These usually consist of drifting buoys or floats with GPS (Global Position System) capabilities. A floating object in the middle of a huge and monotonous stretch of water surely fascinates sea animals. 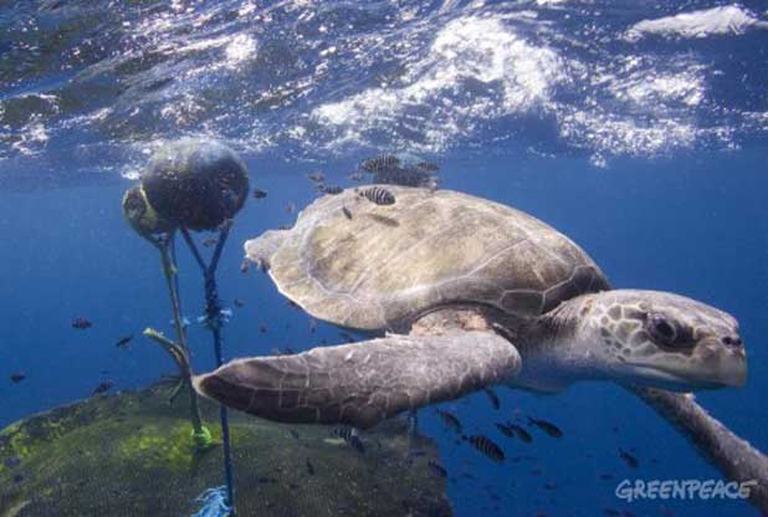 In few days, a considerable amount of different kinds of fish, including large predator fish that fishing companies look for, aggregate around these objects. When fishermen get this device back, lower their seine nets (which can have a diametre of over 600 metres) and catch everything they find: discarded fish that cannot be sold, dolphins and marine mammals, turtles, sharks, yellowfin tuna and Bigeye tuna.

Recently, industrial fishing around FAD has been banned, but it is difficult to control fishermen on the deep sea, that’s why it is advisable to buy sustainable and certified canned tuna.