According to a new study, 90% of all seabirds have plastic residuals in their guts.

Seabirds, birds that feed only in saltwater, have always been considered to be an indicator for plastic pollution in the world’s oceans and seas. Currently, this barometer unequivocally suggests, if anybody had any doubt, that it has reached the peak. According to a new study published by Proceedings of the National Academy of Sciences, up to 90% of world’s seabirds have plastic in their guts. The research, carried out by a team of Australian researchers, prefigures a more catastrophic scenario than expected. Effectively, according to previous estimates, only 29% of seabirds were affected.

Birds are particularly attracted by small plastic fragments they mistake for fish eggs, of which they are gluttonous. Plastic often remains for long periods in animals’ organism, releasing toxic substances, such as nonylphenol. According to Denise Hardesty, researcher at CSIRO, Australian national scientific agency, and co-author of the study, the problem of ocean plastic is increasing. “In the next 11 years we will make as much plastic as has been made since industrial plastic production began in the 1950s.”

Particular bird species, such as albatrosses (Diomedeidae) and Scopoli’s shearwaters (Calonectris diomedea), seem to be more prone to eating plastic debris. Researchers have examined birds’ eating habits and waste concentration, in order to identify the areas most affected by the problem. Surprisingly, the phenomenon didn’t resulted to be worse in the areas with the highest plastic concentration, such as the infamous Great Pacific Garbage Patch, but in Australia and New Zealand, areas with the greatest number of different species.

“I have seen everything from cigarette lighters to bottle caps to model cars. I’ve found toys,” said Denise Hardesty. This scenario is disquieting and it’s likely to get worse. According to computer model forecasts, by 2050, 99% of seabirds will have plastic in them. 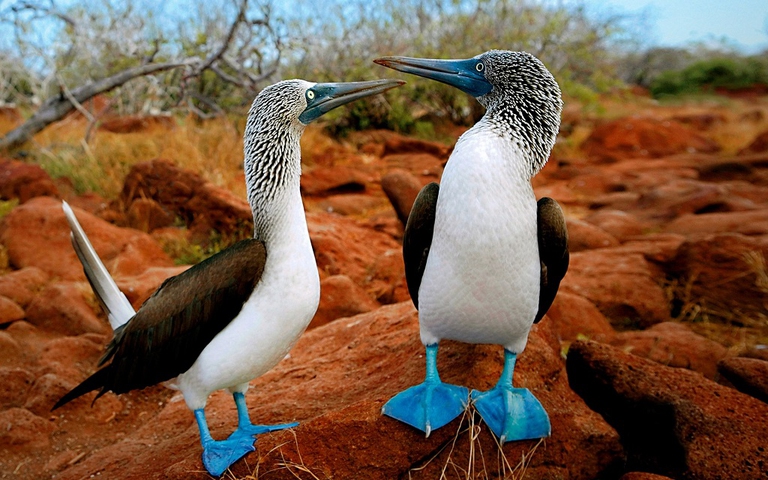 Plastic birds in a dying sea. Reversing this trend is our responsibility too. And it’s necessary to drastically cut plastic usage and increase recycling.