Pollution
Traces of oil near the Coca River © Ivan Castaneira

On the banks of the Coca River, a tributary to the Napo River in the Ecuadorian Amazon, the jungle landscape is idyllic. Small canoes float by with families and some goods. Farmers’ houses are scattered here and there. The riverbank is covered in different kinds of trees and bushes, boasting a myriad nuances of green. The area is close to Yasuní National Park, one of the most biodiverse places in the world, home to more than 2,000 tree, 204 mammal and 610 bird species. In just one hectare of this fertile land, some 650 tree species have been recorded, more than in the whole of Europe. The river here looks placid, grey and green in colour, but its unremarkable appearance is deceiving.

Bathed in an oil spill

On the night of the 7th of April, at a time that locals couldn’t determine exactly, Ecuador’s largest oil spill in the past 15 years took place. On the following day at 02:00 local time, one of the petrol companies whose fuel was spilled called the mayor of Coca, a city in Orellana province, which borders with Peru, to alert them about the drama unfolding in the Coca River, which the city relies on for its water.

But the 120 indigenous communities who live in the affected area weren’t warned in time.

Miguel Grefa is a resident of the Kichwa village of San José del Coca. “No one could go down to the river, there was a large black mantle of oil,” he recalls of that devastating day. “The trees on the riverbank were all black. I was thinking, where should people get water from now onwards? What do they have to live on? All the people were terrified. And sad, so sad”.

Normally, the members of the tribe begin their day at 04:00. Their first contact with the world is through the river. When they emerged from its waters that day, many were bathed in oil. The ducts of the Trans-Ecuadorian Pipeline System (SOTE) and Shushufindi Quito Pipeline, both owned by the public company Petroecuador, and the Heavy Crude Oil Pipeline (OCP) owned by the private company OCP Ecuador S.A. had broken. These ruptures polluted locals’ only water supply says Carlos Jipa, president of FCUNAE, the association of indigenous Kichwa villages.

“It was a hard blow for us in the middle of Covid-19 for this oil spill to take place in the Coca River, which we depend on for our livelihoods. The river is our food market. It is as if they closed the door to your market and you had no food. We all continue to drink from and bathe in it, even though we know about the long-term risks, such as cancer and other diseases. It is worrying that we have no choice but to use the water”.

The Kichwa’s fight for justice

Twenty days after the spill, the Amazonian indigenous communities raised a protection action and precautionary measures for the violation of their rights to water, health and food; therefore invoking a form of immediate protection in cases in which constitutional rights are violated.

“This type of action is quick, easy and simple since people’s fundamental rights are at stake,” emphasises Verónica Potes, one of the lawyers defending the 27,000 people affected by the oil contamination. Yet, “our trial is a concrete example of justice being delayed”. The hearing took place on the 1st of September after the lawsuit was admitted in early May. On the day of the hearing, the judge rejected the claim, arguing that the administrative rather than the constitutional route was the most suitable. But for a long time afterwards, Potes didn’t received notification of the sentence that would allow them to appeal and move on to a final instance in the Constitutional Court. “Or to go to international bodies,” the lawyer says.

Kichwa leaders pressed on in their search for justice. With the denial of the protection action, they couldn’t advance judicially since they needed the sentence to be able to appeal. At the end of September, a group travelled to the capital Quito to ask the Council of the Judiciary, responsible for ensuring that the justice system works correctly, to intercede so that they could receive notification of the sentence and continue with the legal process. As a disciplinary body, the Council has the power to correct for delays in the administration of justice. 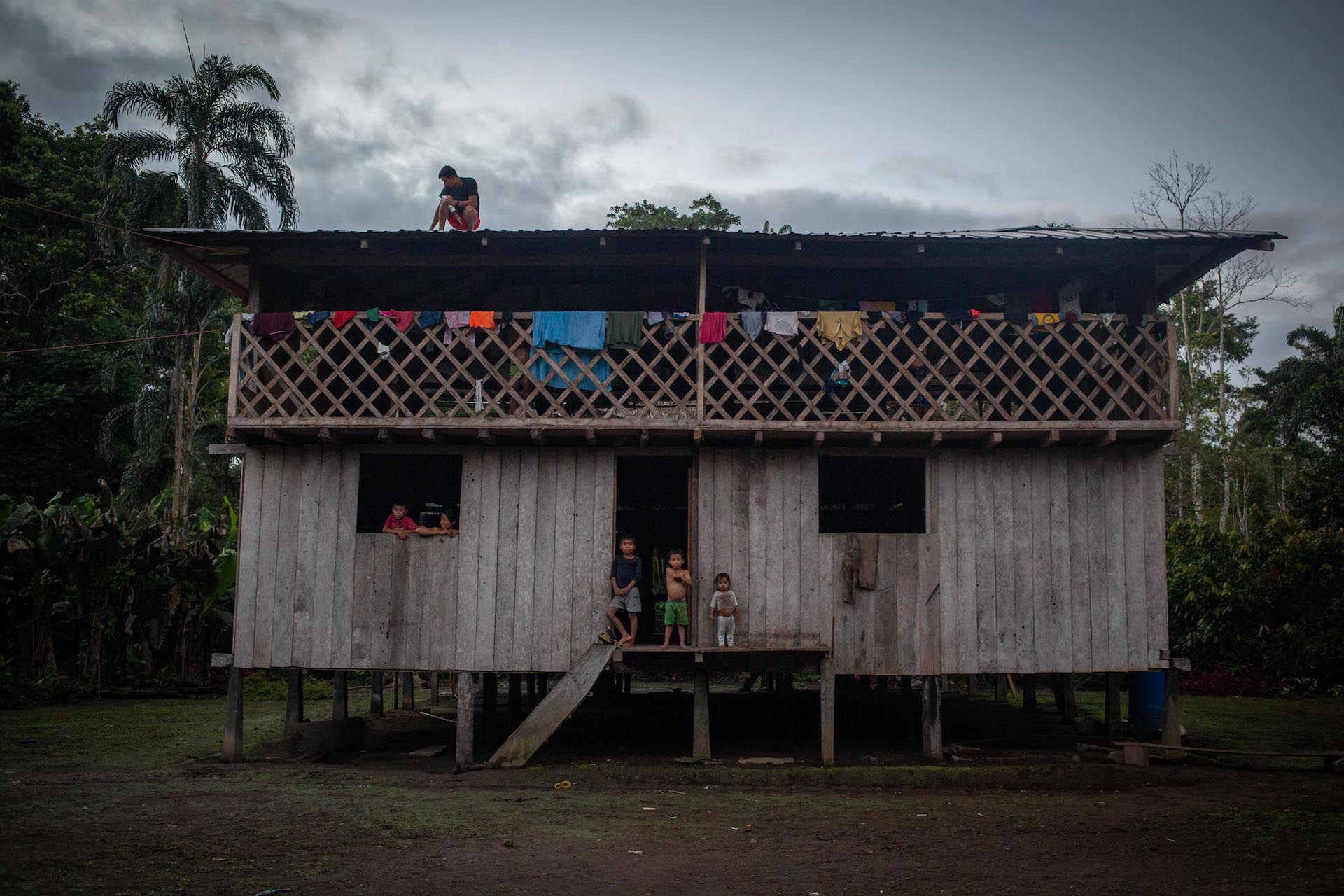 It took 41 days for the indigenous people to get the long-awaited notification, which came at the end of November. The appeal is now being heard in the Provincial Court of Orellana, but the defence attorneys have also requested a hearing for the indigenous communities to share their testimony. However, as of the time of writing, they still haven’t received a response.

Rice and tuna in exchange for polluted water

The defendants in the case, Petroecuador and OCP, affirm that the river has almost been entirely returned to its original stat and that around 20 million US dollars have been invested in the clean-up operation. Alexandra Almeida of the Ecuadorian environmental NGO Acción Ecológica points out that when they visited some communities recently, evidence of oil on the ground was still visible. She also identified the total impact of the oil spill: 360 kilometres of rivers have been contaminated. “There is heavy crude from OCP, medium crude from Petroecuador’s SOTE pipeline and also fuels from the Shushufindi Quito Pipeline”.

In September, several soil samples were taken in six affected communities and analysed as evidence in the legal proceedings. Despite the alleged remediation the oil companies have carried out, the laboratory tests revealed that there was still evidence of hydrocarbon contamination six months after the spill occurred.

Back on banks of the Coca River, Grefa says that the oil companies’ response was to bring food and four-litre bottles of water. “They brought rice, beans and tuna, small things. We don’t want that”. Other residents have similar stories of offerings of small packages of basic goods. On the 20th of November, Petroecuador and OCP announced that some 6,500 families affected by the oil spill would receive water tanks with a capacity up to 500 litres. The plan is for approximately 1,000 water tanks to be delivered every month.

Far from an isolated incident

In the National Assembly, the Biodiversity Commission planned an onsite visit in October to the places where the spill occurred. But the day before, the planned inspection was cancelled by the Ministry of Energy – which has also been sued by indigenous communities. Eventually, a visit was conducted together with representatives from OCP and Petroecuador as well as indigenous leaders. Later, in the city of Coca, legislators Fredy Alarcón and Alberto Zambrano explained that there was still evidence of oil pollution.

Both Almeida and Potes point out that despite this, the oil companies describe what happened in the Coca River as “an event of force majeure”. They don’t call it an oil spill because of the legal implications this would have. Potes adds that although this is the most significant spill in the last 15 years, according to residents micro-spills occur in the Amazon every two or three days.

FCUNAE President Jipa remains determined to fight for the villages’ right to water and a clean environment: “The river is our life source, and we’ll continue to defend it, for our children and future generations”. On his part, 62-year-old Grefa has tried to drill a well near his house to access water now that the river is polluted. He has seen several oil spills in his time and is certain that, as in the past, this one will neither be thoroughly cleaned up, nor they will receive compensation for it. “We’ll continue with these cases for fifty or a hundred years. We’ll probably die polluted without the case closed,” he states, bitterly.

Read more on these topics: Inquinamento