Where the refugees go, despite themselves

There are four nations that have seen asylum claims increase in recent years. But, sometimes, the destination country is worse than the refugees’ own one.

Germany, United States, Turkey and Italy. These are the countries that every year reiceive the greatest amount of asylum applications from migrants who leave their country in search for a better place where to rebuild their lives. But there are four destinations pointed out by Quartz that are experiencing an uncommon increase in the number of refugees but their governments are unprepared or politically not inclined to house them. Countries from which migrants wouold better keep away.

The first country is Cambodia. In the ‘70s, hundreds of thousands of people fleed to escape violence and the repression of the Khmer Rouge’s dictatorship. Today, millions of people could reach in this country of Indochine after being banished from Australia. These two countries, in fact, would have made an agreement to “move” 2,500 people who escaped from the Pacific Islands becuase of poverty and sea level rise.

Australia is the country who saw the highest increase in asylum claims (54 percent) in 2013, achieving about 24,300 according to the data of the UN High Commissioner for refugees (UNHCR).

Cambodia, however, is one of the poorest countries in South East Asia. In the UN Index of Human Development, a ranking that measures the standard of life of the inhabitants of 186 countries, it holds position number 138. This means that many migrants risk to find the same or even a worse situation than that from which they are escaping. 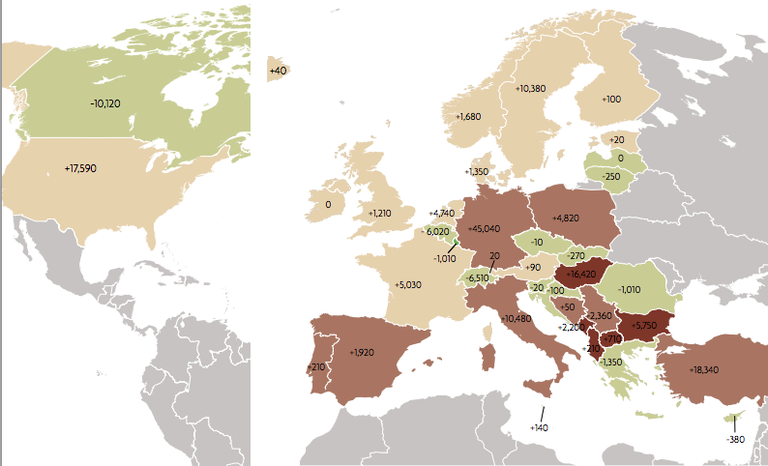 Hungary has always been a crossing point because of its central position in the European continent, but in 2013 more than ever it received such a high number of asylum claims (18,600, according to the UN), so that it ranked among the top ten countries worldwide, following Switzerland. This increase is mostly due to the Syrian civil war. The government of Budapest, however, is not so inclined to house refugees and the European Court of Human Rights asked to improve internal regulations since migrants are often detained and not informed of their rights. Moreover, requests for release are not admitted: in one year only three of eight thousands were approved.

The Balkan country expelled from its borders millions of Albanians, in the late ‘90s. But in the new millennium there was a turnaround and now thousands of people go to Serbia from Africa and the Middle East. In 2008, the asylum claims were 58; in 2013, again according to the UN, so much as 5,100. Like in Hungary, asylum claimants are not received but detained in some centres that are filled with people too quickly and can’t host all the refugees, who are then obliged to sleep outside within a tent. But, when migrants are moved to Macedonia or Greece, they are often sent back to their home country. 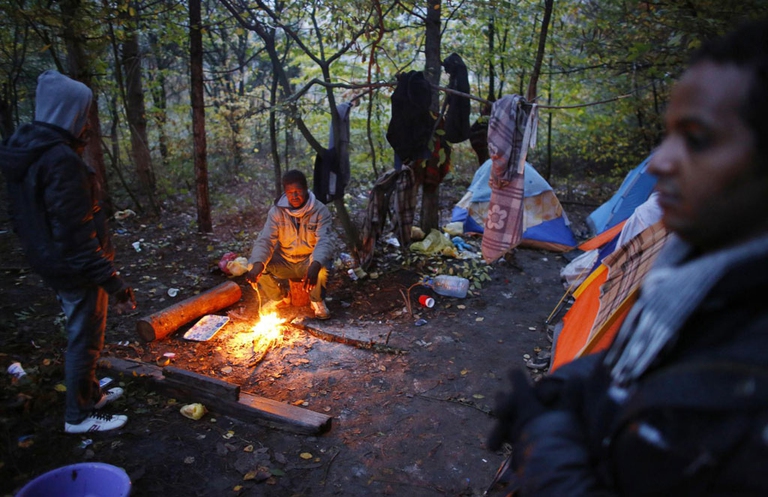 This small island in the Mediterranean Sea has the highest rate of asylum requests worldwide if considering the number of inhabitants. 20.2 of a thousand. The US and Germany have, respectively, a rate of 1 and 3.5 every thousand inhabitants. Even if the government of La Valletta has, thanks to its experience, one of the most efficient reception system in Europe, only 4 percent of dozen of thousand asylum claimants has become refugees in 2011. The remaining people have spent for the most part up to 18 months in jail.

In the map, the countries with an increased number of asylum applications in 2013 are brown (light brown from 50 to 100 percent, dark brown more than 100 percent). In green, the nations with decreased asylum claims.