Ramón Navarro: “I feel the responsibility of protecting my coast for future generations”

His calm voice and kind gaze make us wonder if there’s something that could scare Ramón Navarro, the man able to face 10-metre high waves. 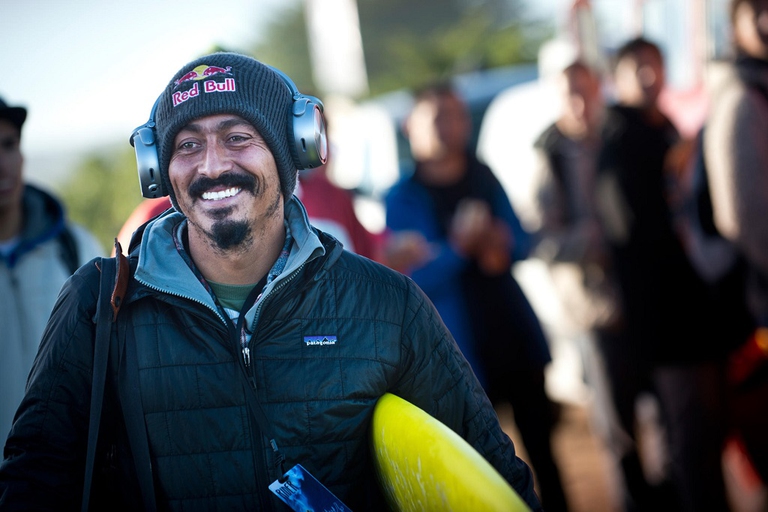 Actually, there is something Ramón is worried about: the uncontrolled coastal development of his land, Pichilemu, Chile. It is an uncontaminated area home to Punta de Lobos, which is considered Chile’s best surfing spot.

Ramón Navarro is one of the greatest big wave surfers, a discipline that is as risky as extraordinary. Before being a world-renowned surfer, Ramón is an environmental activist and the son of a fisherman.

The fisherman’s son: the spirit of Ramón Navarro is the title of the documentary produced by Patagonia that tells the life of the Chilean surfer, from his humble origins to celebrity status, reached by riding waves, becoming Patagonia Surf Ambassador and developing an extraordinary environmental conscience.

Ramón aims to protect Punta de Lobos, its typical sea stacks, waves, biodiversity and people, who have lived in harmony with the ocean for thousands of years, over the course of generations.

With this in mind, Ramón launched the Punta de Lobos por Siempre initiative, fundraising campaign destined to safeguarding the coast by purchasing the area and establishing a protected natural reserve. 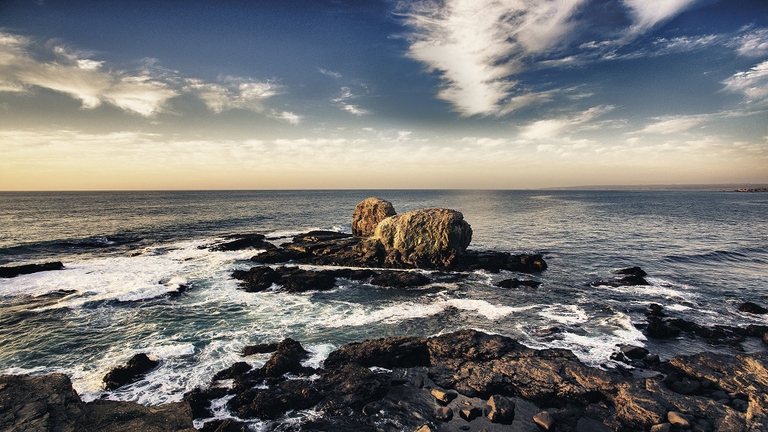 The documentary, directed by another extraordinary surfer, Chris Malloy, and made in collaboration with the association Save the Waves, was shown in occasion of the Surfilm Festibal, film festival focused on surfing that was held in San Sebastian from the 24th to the 28th of June. This was the perfect context to ask Ramón Navarro what has led him to dedicate his entire life to safeguarding Punta de Lobos.

Was there a particular moment that made you realise that Punta de Lobos needed to be safeguarded?

The desire to protect this coast arose when I was a kid, when I used to go fishing in Punta de Lobos with my father. By fishing and diving, I inherited from him the respect and love for this place. When in Pichilemu, my home town, uncontrolled building activities started to be carried out, I understood that something had to be done to protect our coast.

Do you think that surfing could get people closer to the environment and raise their awareness?

I really think so. Surfing links you to the ocean, and when you are in it, you fully understand who rules: nature and its laws, not humans. It doesn’t matter if you’re rich or poor, in the ocean we are all the same, and we must respect Mother Nature and be aware of our limits.

Punta de Lobos is Chile’s most famous surfing spot. Don’t you think that a great volume of surfers would contribute to environmental degradation?

Unfortunately, this is already a problem. In the 1980s, Punta de Lobos was an almost secret and hidden spot, but over the last 15-20 years its name has become increasingly famous, and now it is considered to be one of the world’s best surfing spots. Luckily, nature itself makes a sort of selection. In fact, Punta de Lobos’ waves require surfers to be talented, since they’re not accessible to everyone. In a way, waves protect themselves, but the coast needs our help. Surfing clearly represents a precious resource for the local economy, attracting visitors all the year round.

As the documentary’s title states, you’re a fisherman’s son. Traditional fishing is declining all over the world. What is the future of this practice and fish in Chile?

Fish decline is a serious problem that has to be faced globally in order to reverse the trend. Today, large ships catch tonnes of fish with unfair methods, leaving peanuts to small fishers. Chile doesn’t have effective fishing regulations and, as for pollution and climate change, if we don’t act immediately it will be too late. It doesn’t take a scientist or an oceanographer to realise this, you only need to observe the ocean or diving in it.

Why hasn’t the government instituted a national park to protect a coast unique in its kind and with such high biological value?

It just can’t. Currently, Punta de Lobos is owned by privates and the government doesn’t have any jurisdiction on it. The constitution should be changed. The current regulatory framework allows the construction of new structures, and a proposal for the realisation of large-scale apartment blocks has already been submitted. The only way to save Punta de Lobos is to buy the area and turn it into a World Surfing Reserve.

Communities across India are celebrating Durga Puja, a festival that stands as an example of the communal unity which is under threat in the country .