It has been confirmed yesterday. There is water on Mars, alongside the frozen water at the poles of the planet. Liquid and salty water. The discovery has been announced by NASA in a press conference entitled “Mystery solved”. 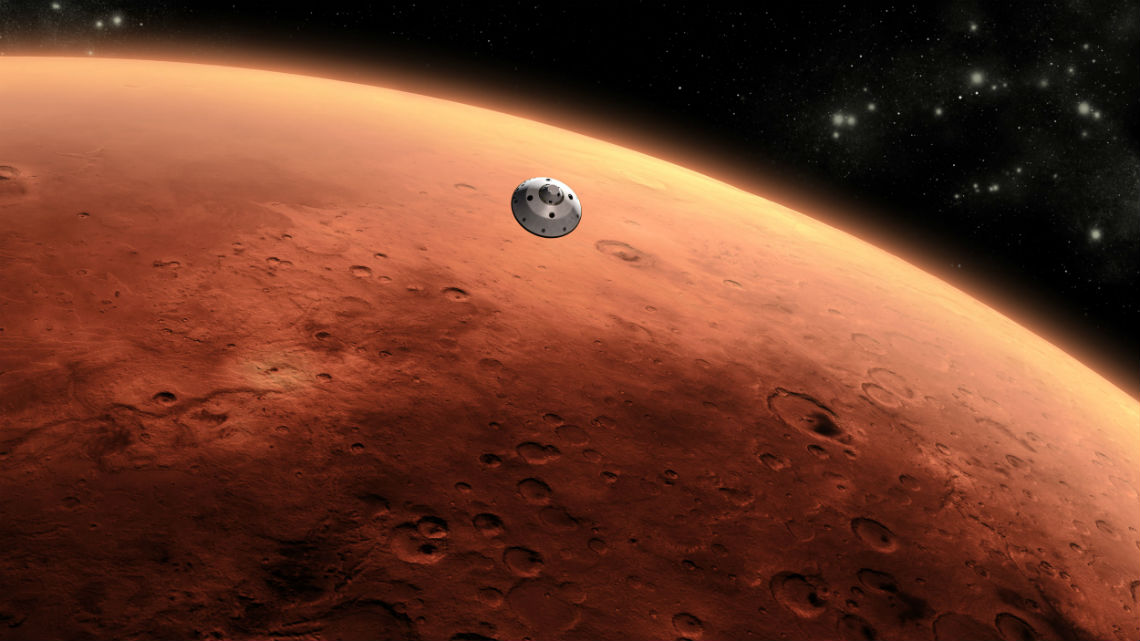 A mystery that turned out to be truth. Data collected by the Mars Reconnaissance Orbiter satellite and the ones published by Nature Geoscience, show dark streaks on Mars’ surface and craters. There are evidences of hydrated salts, which form only in presence of liquid water.

“The detection of hydrated salts on these slopes means that water plays a vital role in the formation of these streaks,” said Lujendra Ojha researcher of the Georgia Institute of Technology (Georgia Tech) in Atlanta, and research’s lead author. 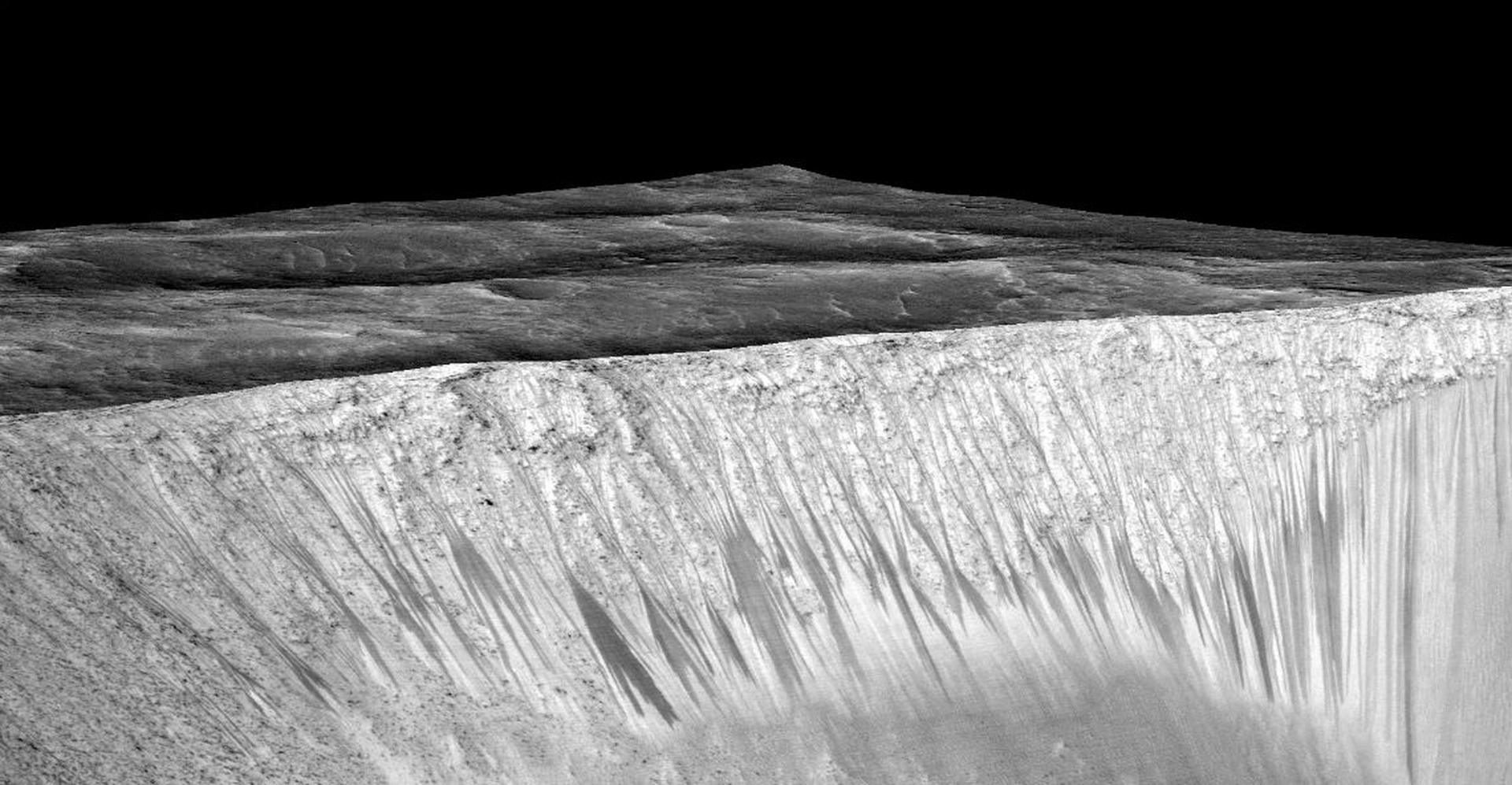 The 100-metre long streaks appear during the Martian summer, when temperatures are higher, whilst disappear during winter.  “This is a significant development, as it appears to confirm that water, albeit briny, is flowing today on the surface of Mars, ” said John Grunsfeld, associate administrator for the Science Mission Directorate at NASA.

After the desolation images of the Spirit and Opportunity rovers, rendering now confirm what scientists have always hoped for: the presence of one of the fundamental natural elements needed to host life. Probably, once oceans and rivers flew there.

“It took multiple spacecraft over several years to solve this mystery, and now we know there is liquid water on the surface of this cold, desert planet,” said Michael Meyer, lead scientist for NASA’s Mars Exploration Program at the agency’s headquarters in Washington. “It seems that the more we study Mars, the more we learn how life could be supported and where there are resources to support life in the future.”