Emma Watson’s interview with Malala Yousafzai. Feminism is another word for equality

The new generation of influential women is more combative than ever. In occasion of the release of the new documentary about Malala Yousafzai, Emma Watson talks to her. What they said is revolutionary.

The eighteen-year-old activist and Nobel peace prize laureate was interviewed by one of the most popular young actresses and UN global goodwill ambassador for gender equality and women empowerment (UN Women). We’re talking about Malala Yousafzai who, at the premiere of a documentary about her, spoke with Emma Watson.

It’s Malala’s last day of school! She says, “I promise to ​keep fighting​ until the day that every girl can put on her uniform, pack up her books and walk to school without fear.” [Link in bio]

The most interesting part of the interview is when the young women talk about feminism. Watson is a proud feminist of the new generation: last year, as UN ambassador, she launched a campaign on gender equality called He for she and gave a brilliant and inspired speech (see above) that left an impression on Yousafzai.

“This word ‘feminism’, it has been a very tricky word. When I heard it the first time I heard some negative responses and some positive ones. I hesitated in saying am I feminist or not? Then after hearing your speech, when you said, if not now, when? If not me, who? I decided… there’s nothing wrong by calling yourself a feminist. So I’m a feminist and we all should be a feminist because feminism is another word for equality”.

Yousafzai, young yet well-experienced activist, has been fighting for young girls’ right to education since 2009. In 2012, a group of Taliban made an attempt to her life while she was getting on a bus on her way home. She was just 15. In 2014 she was awarded the Nobel Peace Prize for her fight against child oppression and for their right to education. Now it’s time for the documentary about Malala, released in cinemas from 5 November. The director is Davis Guggenheim, who won the Oscar prize for An Inconvenient Truth, the documentary on climate change featuring US ex vicepresident of the United States Al Gore. 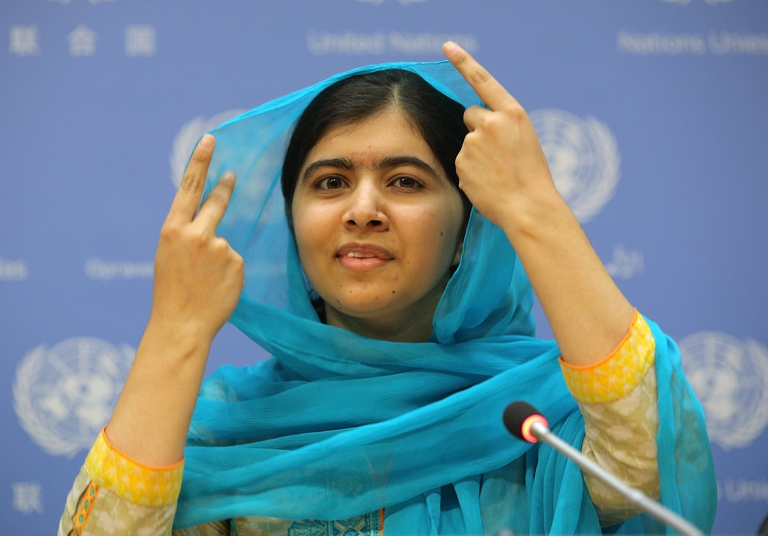 Malala Yousafzai’s dream of becoming Pakistan’s prime minister is becoming increasingly real. Before her, Benazir Bhutto, one of the most influential politicians of the Asian country who was killed by Al Qaeda in 2007 in the city of Rawalpindi, was the only female prime minister of the country. And maybe the young activist was exactly inspired by her.

After 500 years, we won’t stop resisting. The Piaçaguera indigenous fight for land and identity in Brazil

The voices of native Brazilians outside the Amazon are rarely heard. We speak to Lucca Messer, whose documentary on the Piaçaguera indigenous portrays their plight – then and now.

The sound of hunger, the video that makes the plight of 5 million children in the Sahel audible

The NGO Action Against Hunger makes the sound of hunger in the Sahel audible thanks to a video that sheds light on what 5 million children feel with the arrival of the most difficult season of the year.

Theresa May launches A Global Britain. Her Brexit speech in full

Theresa May’s much attended Brexit speech outlines the 12-point strategy for the UK to leave the EU, launching a rebranded nation: A Global Britain. The full speech here.

Tiger in Suburbia, WWF’s new video asks us to make space for a tiger this Christmas

Tiger in Suburbia is WWF’s Christmas advert asking us to help keep tiger populations on the rise. Like a family welcoming a tiger into its home, it’s time to make space for this animal in our hearts.

We talk to Avo Kaprealian, the documentary filmmaker who shares a compelling account of everyday life in war-torn Aleppo. The city he once called home.