20 million traditional light bulbs will make way for LEDs. India promises energy saving and efficiency in the streets of its cities.

20 million traditional light bulbs illuminating Indian streets and houses in a quite inefficient way will be soon replaced by LEDs. This is what the Minister for Energy Piyush Goyal on behalf of the Indian government has announced by renewing its pledge of improving the lighting industry through the Domestic Efficient Lighting Programme (DELP). The estimated costs account for 25,000 billion rupees, i.e. about 335 million euros. According to the estimates, this intervention may save up to 57,000 billion rupees every year, about 775 million euros, thanks to electricity savings of 10.5 billion Kilowatt Hours over the same period of time. 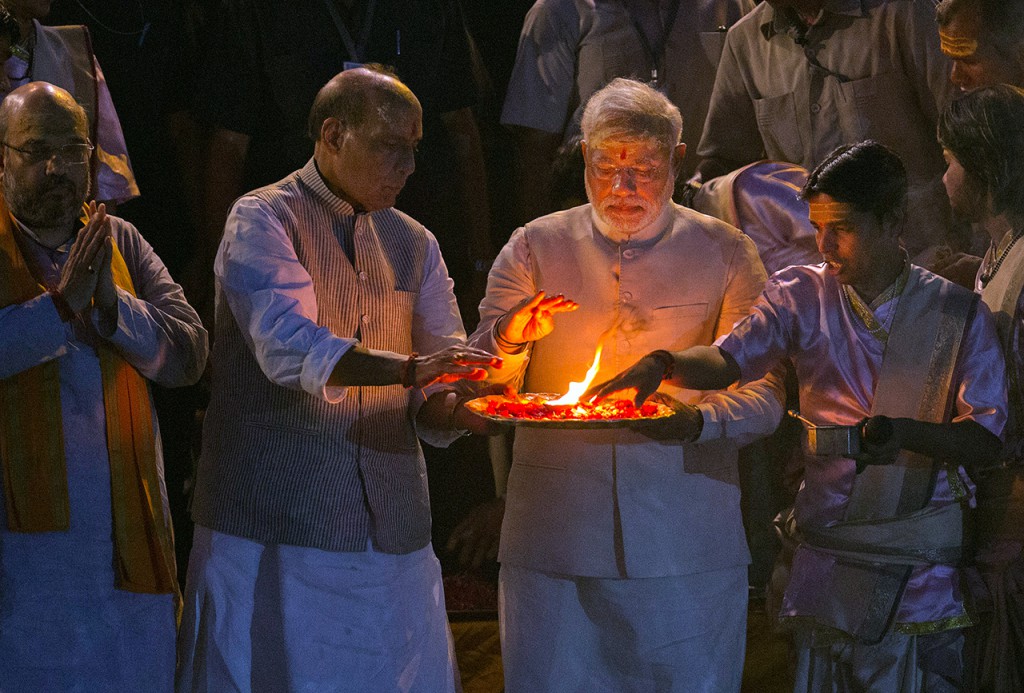 The programme will involve the streets of Indian cities as well as private houses, thanks to subsidies that will ease the distribution of low-energy light bulbs. The subsidies will be financed by an Indian consulting company for energy production plants, the Energy Efficiency Services Limited, which will be refund with ministry’s and privates’ savings on the electricity bill. The objective of improving India’s energy efficiency has been the forte of the current Prime Minister Narendra Modi and his government during the political campaign, and they are planning to invest in the diffusion of small solar plants, ideal to illuminate even the most remote villages.

Nature is one of the best allies against climate change, but we’ve been underestimating its role. The Nature Conservancy’s latest study demonstrates why natural climate solutions can’t be overlooked.

World mayors stand together for the Paris Agreement, and light their cities green

C40 mayors released statements condemning Trump’s decision to pull the US out of the Paris Agreement, and showed their commitment by shining green lights on key buildings.

Smart objects are those that, according to the University of Toronto, have the ability to react and communicate with peers (this definition excludes some of my acquaintances). And to do this, it must have a small brain (this thing excludes some other of them).

Avaaz. Who are the 7 biggest climate criminals “wanted” in Paris

Phumzile Mlambo-Ngcuka. Women are better able to look beyond themselves

What does link women and climate change? Why do women play a key role? Here’s the interview with Phumzile Mlambo-Ngcuka, UN Women Executive Director.

How to insulate your home and cut costs with rockwool

A natural solution that allows sound and energy insulation in buildings as well as the reduction of energy consumption and emissions.

The comprehensive and official version of Pope Francis’ second encyclical is now available. It is the first encyclical dedicated to the protection of our home: the Earth.