Immortus, the solar-powered car that doesn’t need to be fuelled up

An Australian start-up aims to produce it by 2016. Thanks to solar panels and batteries, Immortus doesn’t need to be recharged.

A sports car able to reach 160 kilometres per hour and to exclusively work with solar energy. This is the idea behind Immortus, the world’s first solar-powered car that could work indefinitely.

Designed by EVX, Australian company based in Melbourne, the car is thought to host 8 square metres of PV panels that will charge a 10kWh lithium-ion battery. The car would be able to travel for over 500 km at an average speed of 100 km per hour, and – that’s what really makes it special – it could work indefinitely at a speed of 60 km per hour if the sun keeps shining.

This is certainly an overstatement, but aimed to explain the potentialities of the prototype, which will be ready by 2016, as confirmed by the company. The project has been launched, and the EVX said last August that it will participate to the Las Vegas International Auto Show to be held in November, with a scale model.

The news has been spread all over the world: “The Immortus is a limited edition bespoke sports car powered by the sun, a world first in this category,” said Barry Nguyen, one of the two founders of the society. “Inspired by the world portrayed in post-apocalyptic movies, the Immortus is designed to exhibit a toughness that no other car has: endurance”. 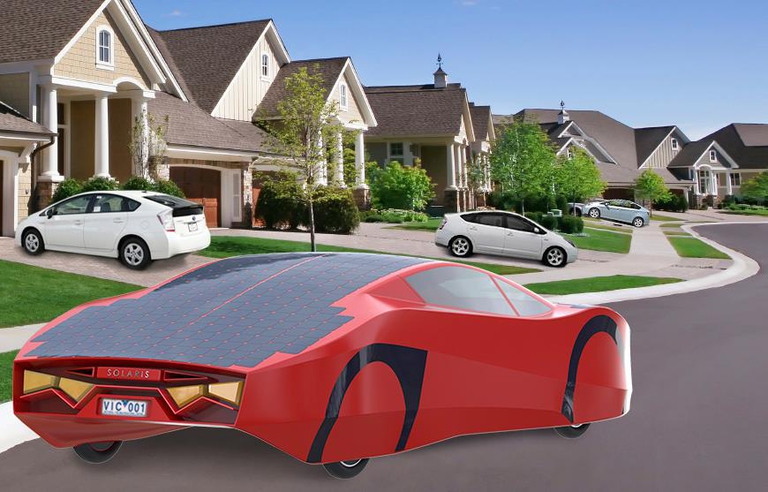 This is only a concept and many newspapers as well as the official site report that the cars that will be built won’t exceed 100 units, for a price of 330,000 euros each. Unreachable.

Similar projects aim, rather than producing vehicles, to move investments towards prototypes’ technologies, in order to make them marketable.

An example of this is the kit to turn gasoline-powered vehicles into plug-in hybrid models designed by the company itself, i.e. the retrofit, which “has recently attracted interest from a prominent Melbourne­-based OEM auto parts manufacturer,” said Nguyen. We’d better keep an eye on it.

Ramez Naam. Renewables are cheap and can save us from climate change

We met computer scientist Ramez Naam at the Singularity University summit 2017 in Milan. His words on the potential of renewables and technological innovation are encouraging.

From Japan to Hawaii in 5 days and 5 nights, crossing the Pacific Ocean with solar power only. Piccard’s and Borschberg’s epic journey finally ended.