Despite the name Greenland, from the Scandinavian “Grønland”, does not suggest it, the island is covered with ice. However, it could turn green if ice continues to melt at the current rate. 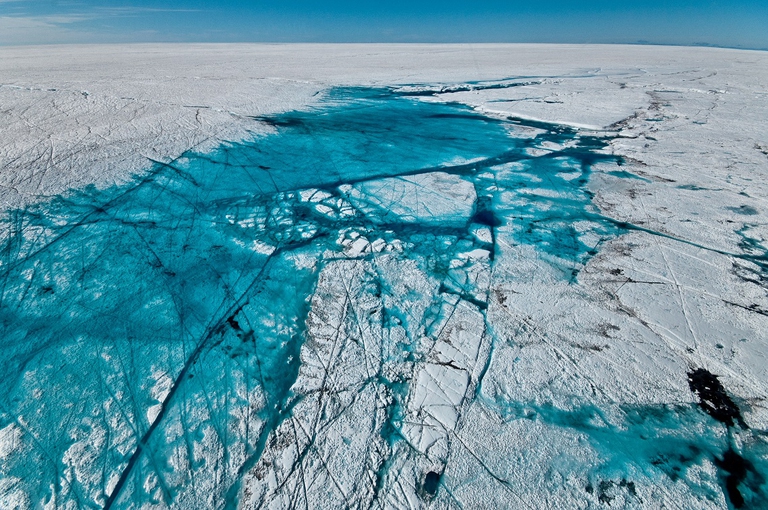 In Greenland, climate change effects are clearer than everywhere else. Indeed, the island is one of the destinations favoured by scientists and climatologists trying to understand climate change and its effects.

One of these studies is at the basis of a reportage realised by the US newspaper The New York Times. A group of researchers collected data to understand the rate of Greenland’s ice cap melting, which represents recent history’s quickest thawing.

Liquefied ice pours out into the sea, rising sea levels, which could increase up to 1.5 metres over a century. “We scientists love to sit at our computers and use climate models to make those predictions,” said Laurence C. Smith, head of the geography department at the University of California, Los Angeles, and the leader of the team that worked in Greenland this summer. “But to really know what’s happening, that kind of understanding can only come about through empirical measurements in the field.”

The research could provide essential information to help scientists understand sea level evolutions over the 21st century and, by conseuence, how to manage coastal areas. The US government invests about 1 billion dollars  to support the research in the Arctic each year.

However, according to the New York Times, some people still do not support this kind of research: some Republican leaders have denied or questioned global warming and the scientific consensus that human activities contribute to climate change.

The team of researchers led by Smith carried out its studies near Kangerlussuaq, small village of 512 inhabitants on the southern western coast of the island. The “protagonist” of this study is a gelid, rushing river. It is one of the many flows formed due to climate change that create large lakes on the ice sheet, which in turn generate a river network.

“No one has ever collected a data set like this,” said Asa Rennermalm, professor of geography at the Rutgers University Climate Institute. “Taking each measurement was so difficult and dangerous that it would require two scientists at a time”.

After having reached the site for the analysis, the researchers started to examine the ice sheet and the water of the river. Among them, Brandon Overstreet, doctoral candidate in hydrology at the University of Wyoming, crucial for the positive outcome of the mission. Overstreet, who grew up kayaking and rafting in Oregon, had designed the complex rope-and-pulley system that would be crucial to gleaning data from the treacherous waters.

Other researchers, Pitcher and Cooper, both of the University of California, Los Angeles, drilled into the ice and, equipped with waterproof computers, GPS and sonar depth technology, obtained information about the river’s elevation, speed, and depth.

The mission could provide essential information, Dr. Smith said to the New York Times, for example that the water is refreezing within the ice sheet and that sea levels are actually rising more slowly than models project.