Ecuador is home to the world’s first airport to obtain LEED Gold Certification for its sustainable architecture.

The Galápagos Islands, Ecuador, are famous thanks to their uncontaminated environment and rich biodiversity, which suggested to Charles Darwin the theory of the origin and evolution of species. 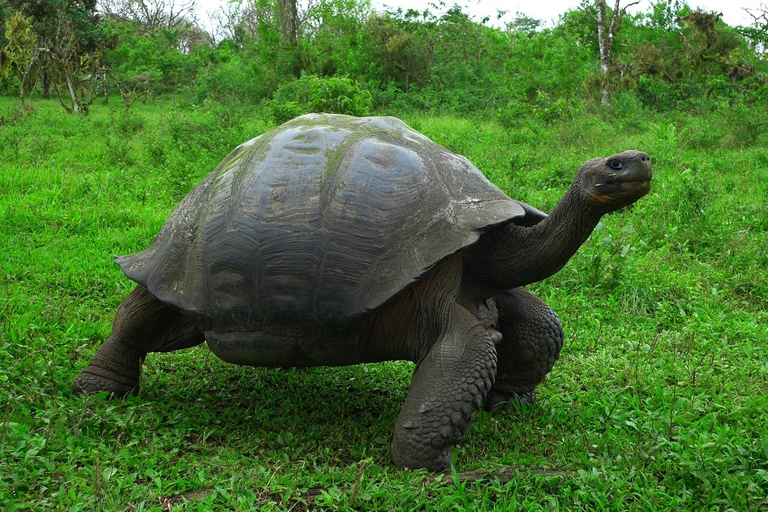 One of the isles, the Baltra Island, is now home to a new sustainable airport realised up to 80% with recycled materials and entirely powered by wind and solar energy. It is the world’s first ever airport that obtained the LEED Gold certification, certificate that recognises the sustainability of the architecture and construction.

The terminal, 6,000 square metres, is sustained by a recycled steel structure, the airport has a desalination plant that processes sea water to reduce water consumption, and solar panels contribute to reduce energy consumption. The structure is also lit up by natural light, thanks to glass walls and skylights, whilst natural ventilation is favoured by fissures and a mechanical aeration system that is automatically activated thanks to specific sensors. Materials have been chosen with the aim to cut impacts as much as possible. Effectively, the proximity of production companies to the airport was a crucial factor: some materials have been extracted by local quarries, and islands’ volcanic rocks have been favoured.

Despite its low environmental impact, the airport raised environmentalist activists’ concerns, considered the consequent arrival of numerous tourists on the islands. In fact, travellers’ interest towards the Galápagos Islands is increasingly growing, thanks to their idyllic beaches, historical cities, coasts and, of course, their bizarre animals, such as the Galápagos giant tortoise (Chelonoidis niger), the blue-footed booby (Sula nebouxii), and the marine iguana (Amblyrhynchus cristatus).

“The main thing is that it is a sustainable building, a public building that can balance technology and comfort for passengers without polluting the environment. This is basically the legacy we want to give,” said Baltra airport manager Jorge Rocillo. In 2010, the Galápagos Islands have been removed from UNESCO’s List of World Heritage in Danger, thanks to efforts carried out by Ecuador’s government to protect the archipelago’s biodiversity, by fighting invasive species and controlling fishing and tourism. However, the increasing presence of man on the isles represents a threat to local biodiversity, it is thus necessary to keep the situation monitored.