The Eiffel Tower is the world’s most sustainable monument

The Eiffel Tower goes green by providing renewable energy thanks to 2 wind turbines installed as part of the the tower’s scaffolding.

Paris is the capital that is leading the way in climate action in 2015. In anticipation of the UN climate change conference, the Eiffel Tower, one of France’s iconic monuments, has been restructured after 126 years, becoming more sustainable thanks to the installation of 2 vertical axis wind turbines that produce renewable energy. 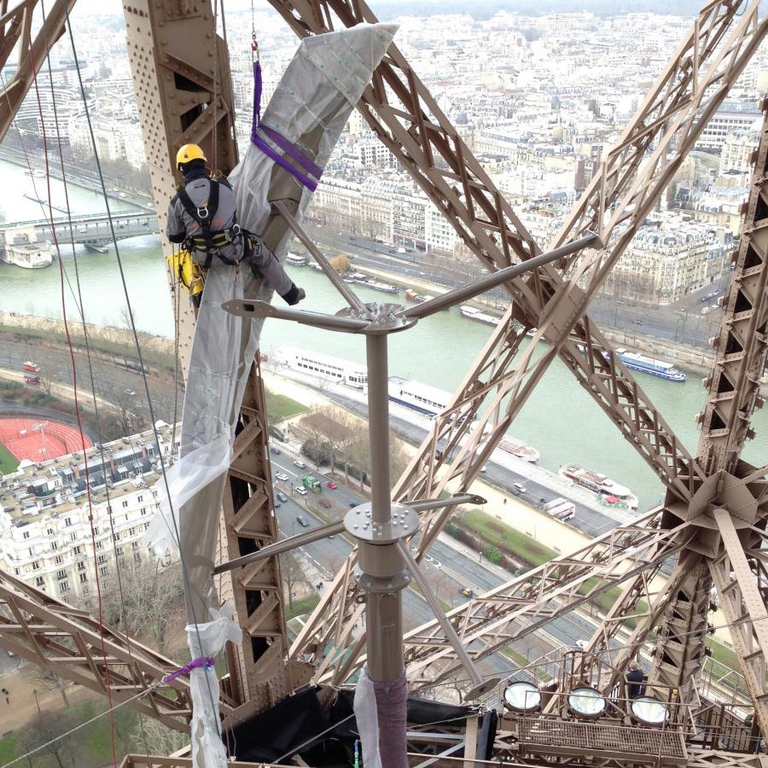 The tower was built for the world’s fair held in Paris in 1889, in occasion of the 100th anniversary of the French revolution. Initially, it was supposed to be located in Barcelona, but the city decided to do without it. The engineer Gustave Eiffel thus had to transfer the project to the French capital city, where the tower has been built in 2 years. The iron structure is 324 metres high, and it was meant to be dismantled shortly after the exposition, but in the end it became the iconic monument of France. Eiffel tower’s high profile renovation project has been realised by the American company Urban Green Energy (UGE) in collaboration with the Société d’Exploitation de la Tour Eiffel (SETE). Precise assessments allowed installing the 2 turbines 120 metres from the ground in order to take advantage of the winds that allow generating 10,000kWh of electricity per year, the equivalent of the power used by the commercial areas on the Eiffel tower’s first floor. 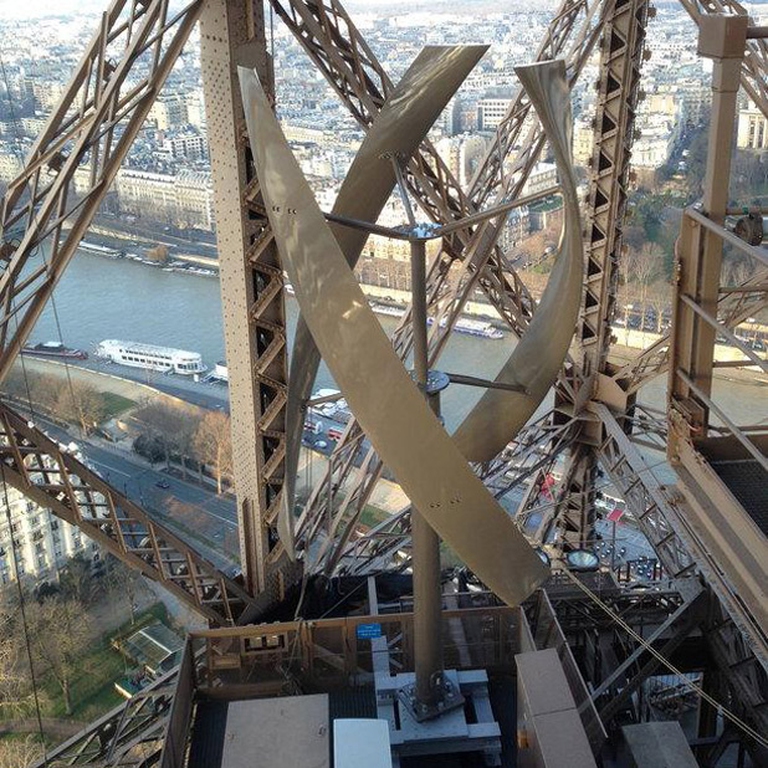 The turbines have been painted in the same colour of the tower to minimize their visual impact. “The Eiffel tower is arguably the most renowned architectural icon in the world, and we are proud that our advanced technology was chosen as the Tower commits to a more sustainable future,” said Nick Blitterswyk, chief executive officer of UGE.

The choice of installing wind turbines is the last of a series. In fact, the tower had already been equipped with energy efficient LED lights and a 10-metre solar thermal panel that provide half the hot water – which is in part obtained by rainwater – used in the floors home to shops and restaurants.