Watching Anthropocene: The Human Epoch, released in the US on 25 September 2019, inevitably evokes a sense of loss. Faced with the inexorable decline of the environment that surrounds us, the feeling that emerges is a mixture of nostalgia and anxiety. This “climate anxiety” is experienced more strongly by younger generations. A recent report suggests that 45 per cent of children suffer from prolonged depression after having lived through extreme weather events or natural disasters. However, parents and adults – so-called “grown-ups” – don’t seem to want to get their act together.

The documentary is divided into chapters that recount the various degrees of exploitation and transformation humans have inflicted upon the Earth. This transformation has ushered in a new era, the Anthropocene. Directors Jennifer Baichwal and Nicholas de Pencier, accompanied by photographer Edward Burtynsky, take us on a journey to distant lands that have been scarred by the disaster we’re causing to the world’s ecosystems. In all these places we can see what we’ve left behind, that is, open wounds in a battlefield. Anthropocene: The Human Epoch isn’t an easy watch, but it’s a necessary one in order to reach a higher level of awareness. We spoke to Burtynsky, the photographer, and asked him to share his experience. 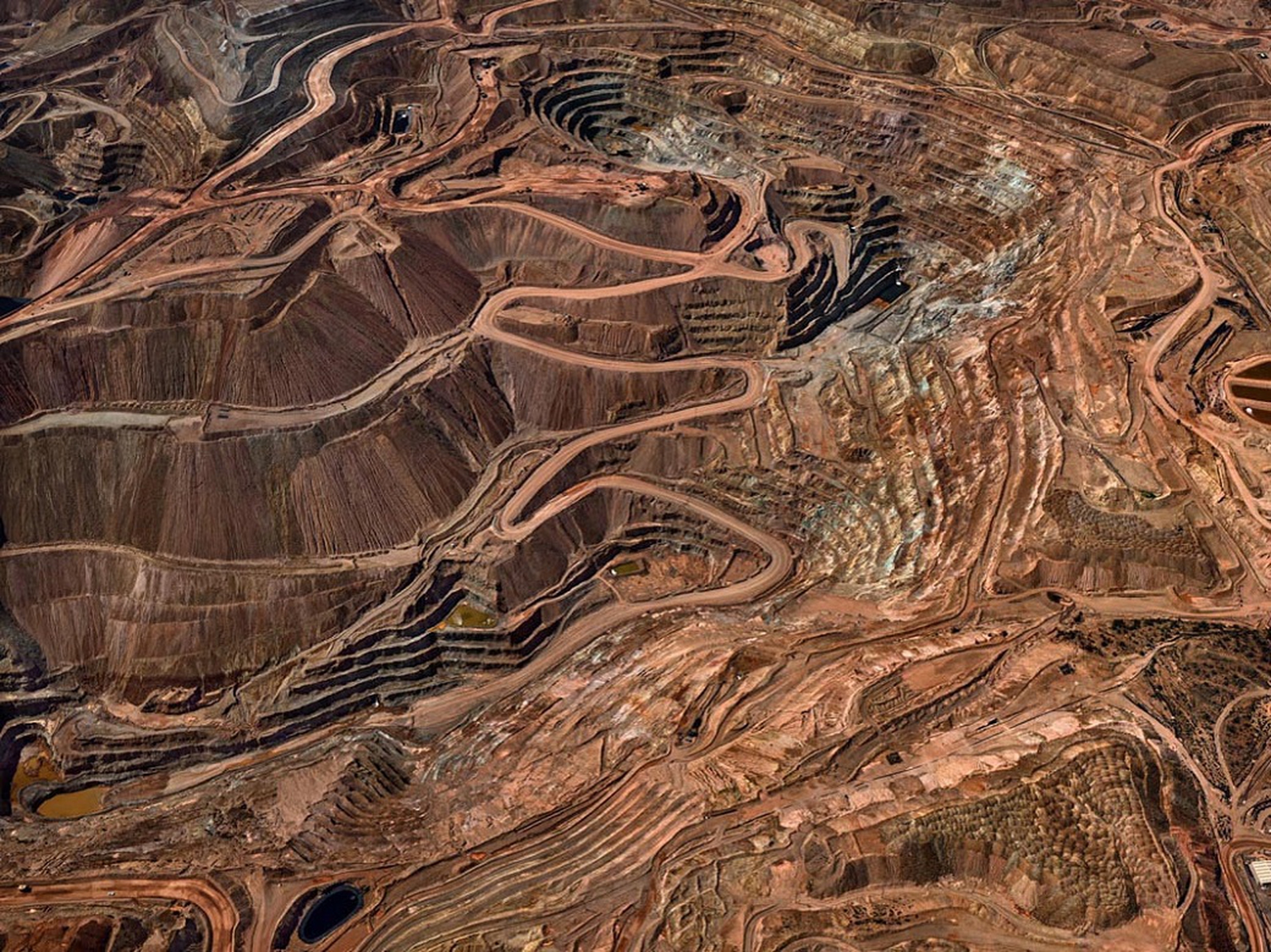 The documentary shows the planet’s slow and inexorable decline at the hands of human beings. What struck you the most?
Experiencing the huge machine for extracting coal in Germany was really striking, as was going to Norilsk. This one-industry town, 400 kilometres north of the Arctic Circle, is built on one of the largest nickel and metal deposits in the world and is home to a community of 200,000 workers. At that latitude, there’s complete darkness for eight months of the year. To me it was almost unbelievable that people can live in the cold and total darkness for eight months at a time, in one of the most remote and polluted places on the planet.

It was also quite remarkable to go underground in Siberia where one of the largest concentrations of potash is mined. Or even to Lagos, in Nigeria, one of the fastest-growing cities. Or going to Nairobi, Kenya to witness the burning of the tusks of 10,000 elephants: we were confronted with this horror, knowing that they were the tusks of the biggest elephants the poachers could find: when they hunt a herd, the biggest elephant is the first one they shoot because it has the greatest value.

You mentioned Norilsk, in Siberia. In the documentary, the people who work in those conditions are proud of what they do. Why is this?
I think human beings are very tenacious and extremely adaptable: given a new set of conditions, they might be seen as terrible for the first week, then all of a sudden they become normal, like in war zones, for example. We as humans adapt – upwards or downwards – very rapidly to new conditions, and the survival and “success” of our species is tied to this. So people living in a plastic dump, who know no other world outside of this, will do the best they can with that world. The problems they face are universally human: educating their children, ensuring there’s enough to eat, as well as some shelter. For us in the Western world, who live in comfort, this seems appalling, but in their world it’s normal.

How did you avoid falling into depression during the making of the documentary?
I think that there’s time for dialogue, time to understand, time to decide what to do next. Because I think hope comes from action, from asking ourselves what we can do about it as individuals, how we can change our behaviour. In many ways that’s where the positive comes from, when many of us start to move in the right direction and try to change the world.

“Change” is probably the most abused word of our times. Is it possible to return to essentiality to save the planet?
What does a return to essentiality really mean? I don’t think there’s a chance of returning to a hunter-gatherer lifestyle. We live in large urban settings where we need technical jobs to survive. Rather, I think we can replace consumer-based ideas of satisfaction and value with experiential ones. I think the next generations are already doing this: looking for value in experience rather than material goods. Value deriving from knowledge, friendship, physical and psychological well-being. My hope is that these things can become the basis of a new value system.

What kind of reaction do you expect from the public?
We want to involve people who don’t believe in climate change, who don’t think human beings have a significant impact on the planet, and say to them: “take a look at this, and think about it yourself”. And if we can convince these people that there’s a problem, then perhaps they’ll try to find out what their local representative says about climate change, maybe they’ll change they way they use plastic, what they eat or the cars they drive. I believe that the current way in which the environmentalist message has been expressed has created a polarity: left is environmentalist, right is anti-environmentalist. That’s ridiculous. When nature punishes us, it doesn’t care if you’re left-wing or right-wing, religious or non-religious, rich or poor: eventually it hits us all.

The interview with Edward Burtynsky is a collaboration with FilmTv