In 2020, deforestation in the Brazilian Amazon reached its highest level since 2008. Over 11,000 square kilometres of trees were cut down, plundering a vital reservoir of CO2 that’s crucial for our planet’s future. There’s no doubt that Jair Bolsonaro’s presidency has played a key role in accelerating this process, but the problems actually started to arise two terms before his inauguration. In 2012, then-president Dilma Rousseff softened legislation on the mass felling of trees. The ripples from that decision are still being felt today, with the addition of worsening wildfires. The result is that deforestation is also devouring more and more of the primary forest, which has the highest degree of biodiversity and is thus the most crucial for global sustainability. 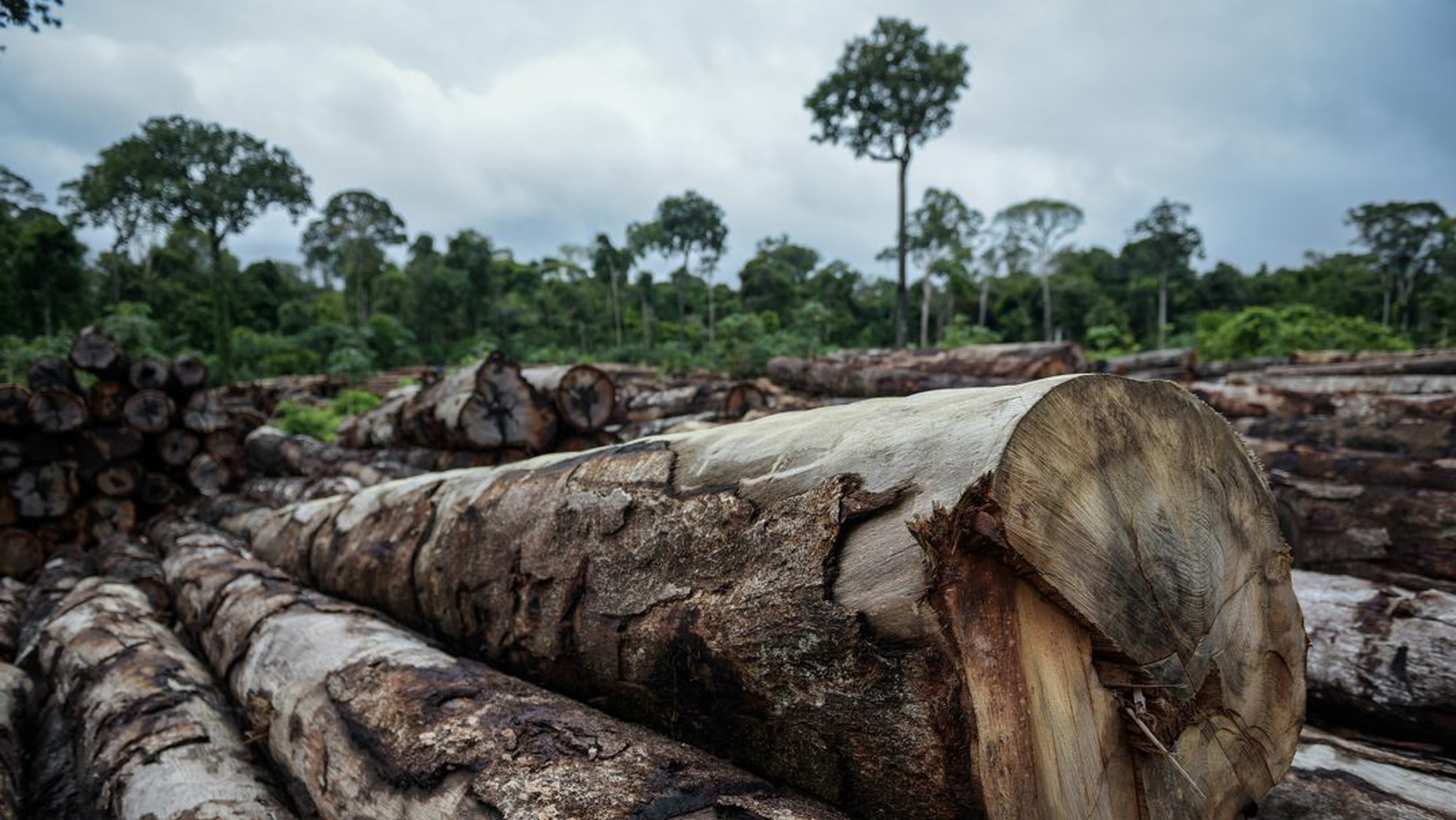 Bolsonaro is just the tip of the iceberg

When, last November, Brazil’s National Institute for Space Research announced a 9.5 per cent increase in the deforestation of the Amazon compared with the previous year, the reaction was not one of surprise. The felling of trees has gone on unabated for decades. However, while previously unthinkable peaks were reached in the early 2000s – such as the over 30,000 square kilometres of forest erased in 2004 – subsequent decisions by the government and a series of shifts in market trends led to a reduction in the pace of deforestation. Thus, in just three years, the logging rate was halved, and it continued its decline until 2012 when the lowest level was reached: “only” 4,600 square kilometres cleared, 84 per cent less than in 2004.

Then, something changed. In 2012, after years of pressure from large landowners to loosen the regulations for controlling deforestation, the centre-left government led by President Dilma Rousseff approved a reform of the Forest Code that was deeply criticised by environmentalist organisations. The new legislation slackened bans on tree felling, making it easier to obtain permits, and softened punishments in cases of environmental violations, also introducing a sort of amnesty for those condemned in the preceding years. This was a major concession to landowners and multinational corporations, who started to clear entire swathes of the forest at more accelerated rhythms. All of this while international economic trends, namely the increase in the price of soy, offered a further incentive for deforestation.

From 2013 onwards, deforestation in the Brazilian Amazon has consistently increased compared with the rate in 2012 while politics turned a blind eye, often because political representatives were experiencing a conflict of interest. First among them was Blairo Maggi, Minister of Agriculture for the Temer government between 2016 and 2019, whose massive agribusiness company made him the world’s largest producer of soy. The same crop that is the primary cause of deforestation in Mato Grosso.

Following the 2018 elections, won by climate denier Jair Bolsonaro, who has always described anti-deforestation laws as a drag on economic development, the situation worsened. However, the decisions of previous administrations played a major role in this trend. Bolsonaro, for his part, overhauled legislation on the issue, giving even freer rein to the protagonists of deforestation: according to a study, the new president changed 57 laws in the first two years of his term, while, in 2020, sanctions for environmental violations fell by 70 per cent.

Concurrently, funding for environmental conservation was slashed. In this context, it’s no surprise that the deforestation rate in 2020 is 182 per cent higher than the goal established in 2009 and that the felling of trees has returned to the rhythms of old, reaching levels higher than those in 2008. With one major, troubling difference: in 2008, the trend was descending.

The loss of primary forest

The problem of deforestation in the Brazilian Amazon is tied to another issue: the type of forest that is increasingly falling victim to this process is primary (or virgin) forest. These are incredibly rich ecosystems, essentially free from any anthropic disturbance and vital to the planet’s balance, being able to absorb unparalleled amounts of CO2. From this perspective, the Amazon rainforest is one of the Earth’s largest green lungs, able to store up to 200 billion tonnes of carbon dioxide, thus reducing atmospheric emissions and limiting climate change.

However, this function is no longer being performed to its fullest extent because of the process of mass deforestation, which increasingly affects regions of thus-far untouched land. Fewer trees mean a lower capacity to absorb carbon dioxide, resulting in more emissions. In 2020 alone, over four million hectares of primary forest have been lost globally, a 12 per cent increase compared with the previous year. This has led to an additional two-and-a-half billion tonnes of CO2 emissions into the atmosphere. The data from the Amazon rainforest was a major contributor to this increase. Overall, it lost over two million hectares of primary forest, most of which on Brazil’s territory, with the country leading the global ranking in terms of virgin forest erosion.

Despite successes in Indonesia, we can't let our guard down in fighting deforestation

As highlighted by a study published in Nature, Brazilian legislation is very weak regarding the felling of trees in so-called secondary forests, where humans have already made their mark. This is creating a domino effect, with anthropogenic deforestation encroaching into primary forests more and more frequently.

This process can be easily observed thanks to the maps published by Global Forest Watch, where the pink stains of deforestation activities are increasingly spreading into the green regions of primary forest. As if this weren’t enough, there is also the issue of wildfires, which are becoming more intense year after year. In 2020, there was a stark increase in fires, both in previously deforested areas and in primary forests: in September, these fell victim to the fire in 62 per cent of cases.

International pressure and the “boomerang risk”

So far, we’ve lost approximately 17 per cent of the Amazon rainforest. This is an enormous figure, equivalent to tens of billions of trees felled, in a process that, while it’s had its ups and downs, has never ceased. This has already led to serious consequences for Brazil’s territory: periods of drought and flooding alternate much more frequently than in the past, with the climate going haywire because the great Amazonian green lung is unwell. Since 1980, the dry season has lengthened by six days per decade, because the decline in tree cover has resulted in less frequent precipitation. But the worst may yet be to come, a likelihood that increases with each passing day in which nothing is done to stop deforestation for good.

According to scientists’ projections, the situation will reach the point of no return when deforestation will have surpassed 20-25 per cent of the Amazon rainforest’s area. However, the problem is that those same projections predict that this figure will already be at 27 per cent by 2030. Therefore, the Amazon rainforest risks becoming a semi-arid savannah, a transformation whose effects will wreak havoc among local indigenous communities but also throughout the rest of the country and the planet, affecting economies, societies, and the health of all people. According to the Climate Observatory, Brazil should fully cease felling trees before 2030, while also reforesting 14 million hectares of territory: only thus can it escape this situation, saving itself and the rest of the world.

The future of the Amazon can’t be decided by a deal discussed behind closed doors between the US and Brazil. Bolsonaro has been destroying a vital ecosystem for the global climate.
Biden: a deal w/ Bolsonaro isn't a deal for the climate.#WhichSideAreyouOn? #AmazonOrBolsonaro pic.twitter.com/gbVUWfe2pS

Current President Bolsonaro has reiterated this commitment even in the past few days, in a letter to his counterpart in the US, Joe Biden. But he bound this to the arrival of billions and billions in funding from the international community, namely a billion dollars a year to support the country in reducing deforestation by 30-40 per cent.

In a letter to The Guardian, two former Brazilian environment ministers, Marina Silva and Rubens Ricupero noted that while international funding is a vital factor for implementing environmental safeguarding measures, Brazil today is not plagued so much by scarce resources as by indifference and denialism among the political class. Bolsonaro himself, after all, has continued to cut many of the resources destined for the fight against deforestation. This is why many indigenous communities, environmentalists, and civil society more generally fear that an economic agreement with the US and other countries for the protection of the Amazon could turn out to be a sort of boomerang, where the money would actually end up accelerating the forest’s destruction.

Environmental activists have accused Anglo American of deliberately dumping toxic waste that has poisoned thousands of women and children in Kabwe.

11 of the most important indigenous victories

Battles fought by the native peoples of the world to defend their lands, rights and ways of life. These are 11 of the most important indigenous victories of the past few years.