Beautiful but also delicious fruits, cherries are considered by scientists an elixir of life. Absolutely to be tasted.

Cherry trees are native to Asia Minor. It spread throughout the Mediterranean basin about three thousand years ago. Lucullus, a Roman general, ordered his legionaries to bring “sweet cherries” to Rome from Greece and these have increasingly replaced sour black cherries. A century later, cherries reached tthe river banks of the Rhine and the Thames. Today, the cultivation of this fruit is worldwide spread. 75 percent of global production comes from Europe. 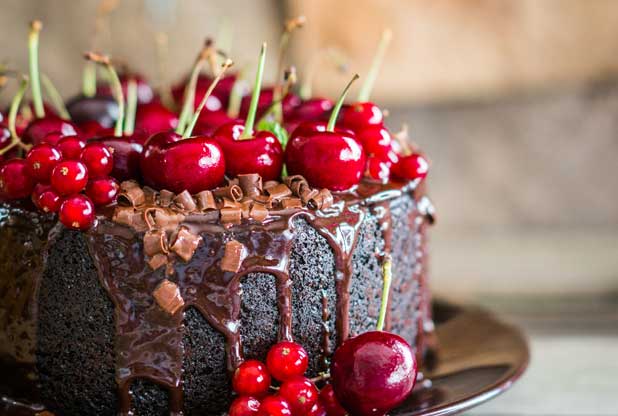 The species from which all cultivated varieties are obtained are two: Prunus avium (sweet cherry) and Prunus cerasus (black cherries, sour cherries and Marasca cherries). From the former all tender and hard varieties are derived. Tender cherries have soft flesh and are dark red. On the contrary, the hard ones are bigger and they have a compact pulp. They can either be dark red or black with red flesh, or light red with pinkish yellow pulp. The varieties cultivated in Italy include Marostica’s cherries; Bigarreau cherries, which are available from the first half of May; Vignola’s black cherries, which are really sweet; Anella, bright red cherries with crunchy and juicy flesh. Ferrovia is a cherry cultivar mostly cultivated in Apulia appreciated for the juiciness of its fruit; the varieties which are ripe in the first half of June include Black cherry II and Ciliegione. Some varieties such as Lari’s cherries, in the province of Pisa, Piacenza’s Black Heart cherries, White Marosticana from Vicenza and the all-sweet Vignola Black Cherry are all endangered. 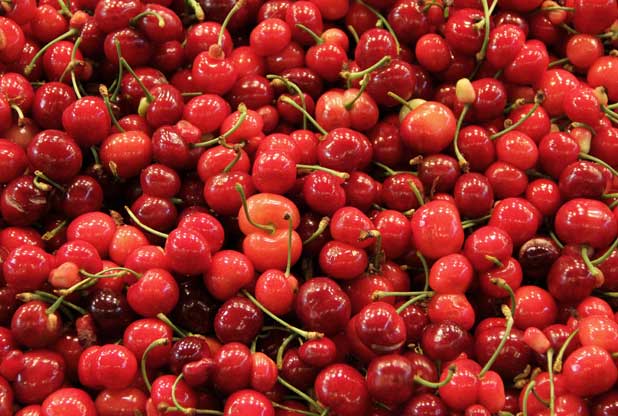 How to buy them

Cherries don’t ripen after they are harvested, so it’s recommendable to choose ripe cherries. The fruits should be turgid, not bruised and they should have bright red stalks. They should be kept in a fresh and dry place in a paper bag, not in a plastic one or in the fridge during the summer. Once cleaned, if you don’t eat them immediately, make sure you drain them well. 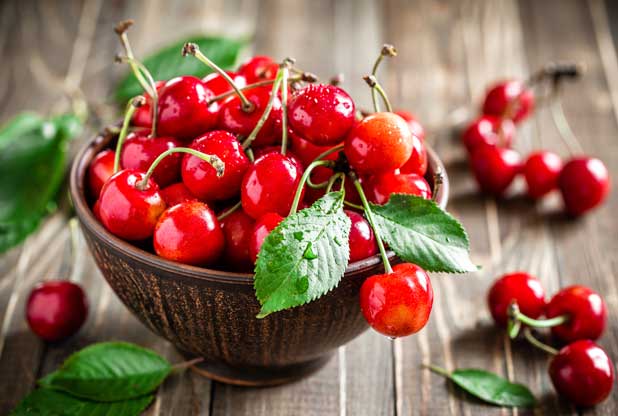 Cherries are rich in vitamin A, B and C, mineral salts and dietary minerals (zinc, copper, manganese, cobalt). They contain levulose, a sugar suitable for people who suffer from obesity and diabetes. Due to the fact that they are fat free and protein free, they are an excellent healthy and low-calorie snack. Not only are cherries tempting, they are also an ally of beauty: anthocyanins help slowing down the cellular ageing process. According to a few studies, it seems that two or three cherries a day help fight free radicals exactly as the recommended daily intake of vitamin E does. And that’s not all. An American study published in the Journal of Nutrition reveals that cherries have good therapeutical effects on joint inflammation. Researchers said that eating 45 fresh cherries at breakfast lowers the risk of developing inflammations. Another study conducted by the Michigan State University also highlights that eating a diet rich in cherries can reduce the risk of heart attacks and cardiovascular diseases. These savoury red fruits also cleanse the blood, detoxify the body, drain the liver and toxins, prevent infections and have antibacterial and laxative effects. 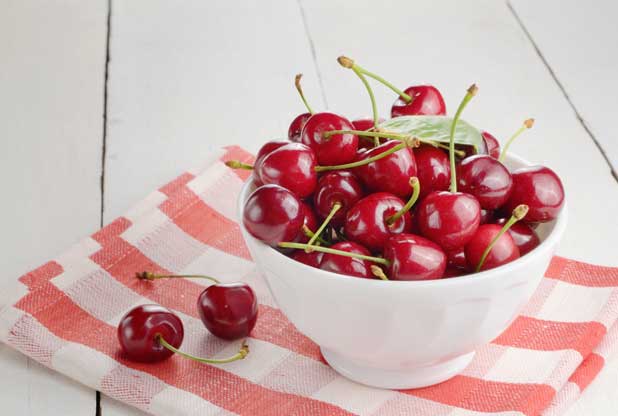 According to research carried out by the Consiglio Nazionale delle Ricerche (Italian Council for Reaserch) and the University of Florence, the more the cherries are red, the more they contain antioxidants.

Fruits and vegetables in season by month: May

What fruits and vegetables are in season in May? Among others, strawberries. Here’s a list of seasonal foods to buy and eat this month.