Canada, the Great Bear Rainforest has been saved from destruction

If you look absent-mindedly at a picture of this bear, you may wonder why a Polar bear roams a temperate forest. Actually, it’s a Kermode bear (Ursus americanus kermodei), a subspecies of the American black bear that almost exclusively lives in the Great Bear Rainforest, British Columbia, Canada.

The Kermode bear, whose coat whiteness is due to a recessive gene common to its population, is also referred to as the “spirit bear”, and has a high spiritual and mythological value for native populations that have been sharing the forest with these animals for centuries. This unique, uncontaminated area, which extends for about 3 million hectares (the size of Belgium), is one of the world’s largest temperate rainforests. And today is finally being protected.

After 20 years of requests and conflict, the First Nations (indigenous populations of today’s Canada), the government, forestry companies, and environmental associations signed a landmark agreement: 85% of the Great Bear Rainforest will be protected from industrial logging. The agreement, announced by the province of British Columbia along with First Nations’ governments, has been achieved also thanks to the support of the environmental associations Greenpeace, Forest Ethics and Sierra Club British Columbia.

This is a historic victory. Less than two decades ago, over 95% of the Great Bear Rainforest wasn’t protected, and loggers used to cut down dozens of thousand-year trees. The forest protection is also crucial for fighting the effects of climate change. In fact, it will prevent about 640,000 tonnes of CO2 to be released into the atmosphere every year.

“We finally have a science-based forest management system that recognizes the importance of maintaining old-growth forest in place,” said Nicolas Mainville, activist of Greenpeace Canada. 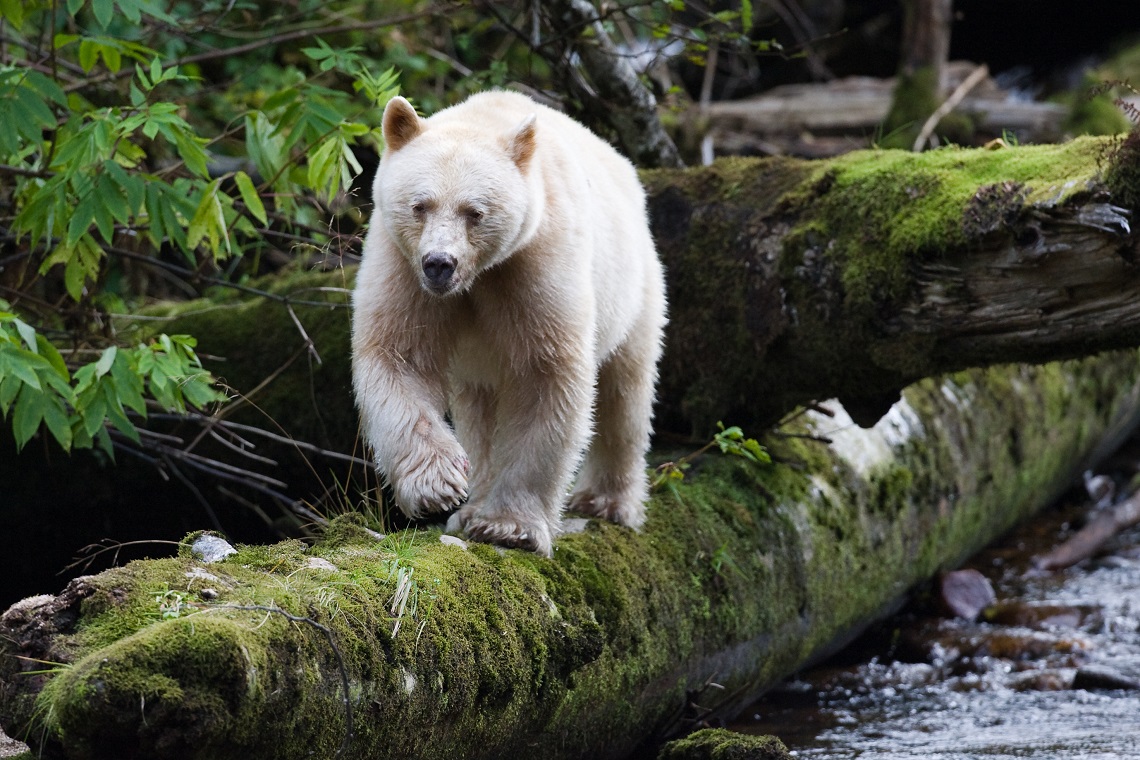 Those bizarre cream-coloured bears, which have never been hunted by natives for spiritual reasons, will thus roam the forest for centuries to come.

The Canadian province of British Columbia has banned grizzly bear hunting in all its forms. According to the Environment Minister, bears are worth more alive.