Why cultural blue helmets are necessary

Isis, terrorism, attacks. War, immigration, refugees. Syria. At the Mediterranean Exchange of Archaeological Tourism, Paestum, at a stone’s throw from the site, archaeologists and museum directors have demonstrated an extraordinarily high level of attention given to these issues. There have been a number of conferences dealing with the Syrian conflict and the role of cultural mediator played by the archaeological missions abroad and, as a consequence, the recent proposal of creating a unit to protect culture. But, what are blue helmets of culture? Why do we need them? How will they operate? Are them useful?

The proposal
The idea came in early August from culture minister Dario Franceschini, when he was at Expo for the International Conference of Culture Ministers with 82 colleagues from all over the world. Over the course of the months, the proposal was rejected by international organisations, approved by a number of countries (53 so far) and supported by the memebers of the UN security council, while UNESCO, in mid-October, declared to promote the project of creating a unit that protects archaeological sites when necessary.

What are blue helmets of culture
According to Mounir Bouchenaki, UNESCO’s Assissant Director General for Culture and Director of the Arab Regional Centre for World Heritage, the objective is that of separating a unit of the blue helmets already charged with protecting areas hit by the war and training them.

According to those who are known about the issue in Italy like Carmine Elefante, Commander of the Department of Carabinieri for the Protection of Cultural Heritage in Naples, it’s necessary to train foreign police forces, since the Italian corps has been protecting cultural heritage for as long as 40 years and it has the world’s largest database of stolen artworks. Military intervention is begun only after that a UN resolution is adopted. As Elefante said: “We make inquiries and recover artworks coming from different places both in Italy and abroad. We carry out support activities, training and advisory services for foreign police forces: this can be a first important contribution to the new unit of blue helmets. By training we aim to share our methodologies. Italy is the only country in the world to have a special department dedicated to culture, we have the world’s largest database of events and photographs of stolen artifacts. All these experiences are unique and we are ready to share them with other countries globally to protect their identity”.

So, the idea is that of sharing information, not that of sending to war its troops. 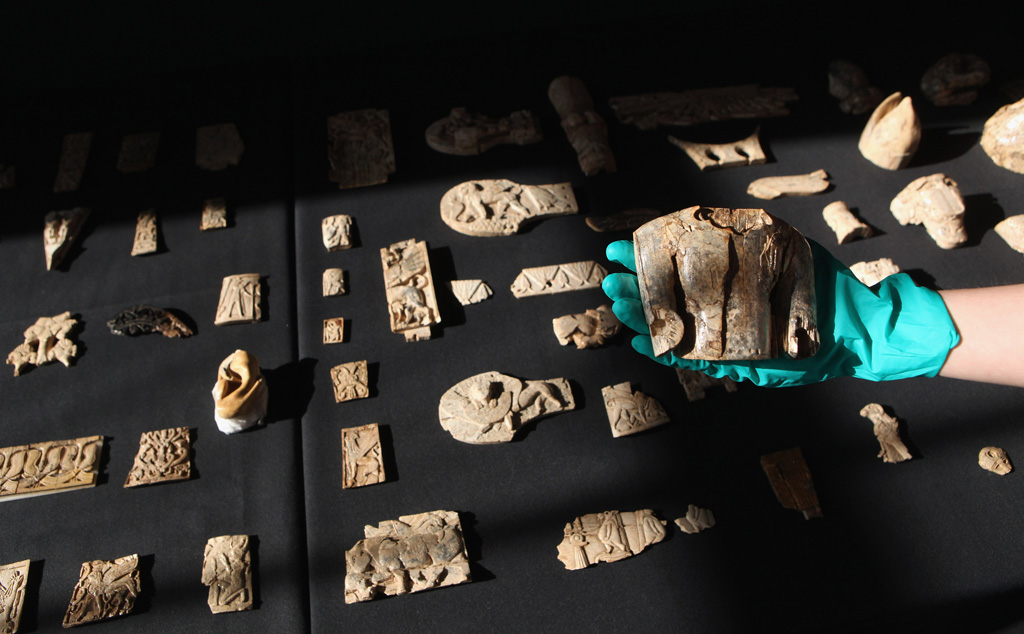 How will they operate
On one hand, they will be necessary to cut the funds disbursed by terrorist organisations through the black market (for the Isis this is the third source of income), recover stolen artworks thanks to organisations such as UNESCO that sensitises auction houses on the importance of purchasing the pieces legally; on the other, to assess the situation and prepare a restoration plan for destroyed artworks. Nobody wants to favour stones to deaths, but the good condition of those stones can contribute, after a war, to make destroyed peoples flourish again. Returning cultural heritage to the peoples affected, means returning them the identity and promoting, through tourism, its economic upturn.

10 November is the World Science Day for Peace and Development

World Science Day for Peace and Development aims to raise the awareness on the importance of science in promoting a sustainable development and paving the way for peace.

Timeless Matera, a journey into Italy’s city of stone

Timeless Matera is a journey into the fascinating, eternal Sassi of Matera. Watch the video of Italy’s city of stone.

Yoga is based on unifying the mind with the body and soul. The benefits of this ancient Indian discipline have now been recognised by Unesco.

Help save Belize’s reef, with an email

Why Eurovision has banned the Palestinian flag. Like it has done with ISIS

This year’s edition of the Eurovision Song Constest has prevented the Palestinian national flag from being flown during the event, just like it has done with the Islamic State’s.

World Book and Copyright Day aims to promote literature and publishing, as well as protect intellectual property through copyright.

A new marine reserve the size of Belgium has been created in Ecuador to protect the Galapagos Islands, threatened by illegal fishing and oil drilling.

According to WWF, 114 out of 229 World Heritage Sites are at risk due to fossil fuel exploration, illegal logging and construction.

In late April Unesco will announce the winners of its photographic contest on Instagram whose hashtag, #ourworldheritage, has gone viral.