Bernie Sanders is the most progressive candidate in the list of names who race to become the next President of the United States. The elections are scheduled for 8 November 2016.

Bernie Sanders, 74, is the only other Democratic candidate apart from the more popular Hillary Clinton in the race to become President of the United States once the Obama era comes to a close. At present, he’s serving his second term in the U.S. Senate after winning the 2012 electionin Vermont with 71% of the vote. He was Mayor of the city of Burlington for eight years, where he still lives with his wife Jane. He has four children and seven grandchildren.

His electoral programme is strongly influenced by European standards that focus on social security and risk prevention. Starting from his views on climate change. If Sanders becomes President he will convene a summit on climate in his first 100 days, a gathering of the best engineers, scientists, experts, activists and leaders of the local and indigenous communities most threatened by climate change from all over the world. This would be an opportunity for them to think beyond the Paris Conference and pave the way for a better future, for everyone. Moreover, Sanders pledges to lead the international community in the fight against global warming because “climate change is not just an ‘environmental issue’, but a global security issue as well”, as the US Department of Defense and the Central Intelligence Agency (CIA) also say.

I don’t care if you’re black or white, gay or straight

Sanders proposes to fight racial discrimination by addressing the five central types of violence waged against people of colour: physical, political, legal, economic and environmental. Only this way will the United States become a country truly based on equality, according to the candidate. 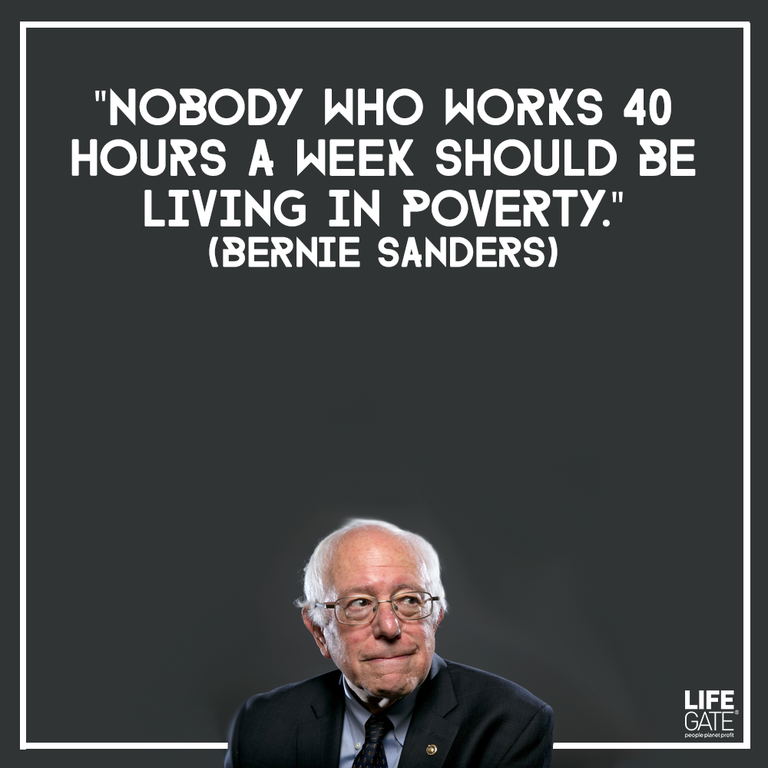 Sanders says that it is a national disgrace that women in employment are treated differently from men. Women only earn 79 cents for every dollar a man earns. This gap is even wider for women of colour. An African American woman, in fact, earns 64 cents for every dollar a white man earns. The figure is even lower for Latin American women who earn just 54 cents. Sanders wants to sign the Paycheck Fairness Act, a law proposal that would update the Equity Pay Act of 1963, in order to end wage discrimination based on gender.

Finally, Bernie Sanders proposes to enact the Equality Act, which prohibits discrimination based on sexual orientation and protects LGBT (lesbian, gay, bisexual and transgender) rights. The candidate has been a longtime supporter of gender equality and when he was Mayor of Burlington he supported the city’s first ever Gay Pride Parade.

I will defend this nation and its people. But I will do it responsibly

Sanders would become commander in chief of the United States armed forces in order to defend “the nation, its people and America’s vital strategic interests”, but, contrary to other candidates, he wants to do so “responsibly” — it’s no coincidence that he was one of few senators to vote against the war in Iraq. This means through diplomatic solutions first and the use of force as a last resort. Sanders has outlined a multilateral approach to military action. He will close the Guantánamo Bay detention camp and abolish the use of torture to highlight what makes America exceptional: values, to use a word that one of his Republican opponents so loves. Leading the international community and expanding American influence is possible. Just consider how the has world (rapidly) changed in the last few years. Being a leader today — according to Sanders — means promoting a new form of fair trade, tackling climate change, providing humanitarian aid and investing in human rights. In order to foster a true democratic revolution.