Ben-Ami’s dream: paying tribute to Lorde with covers in Hebrew and Arabic

“Putting together a homage to your favorite singer is a trivial thing, if you live in a normal country”. But for Ben-Ami, an Israeli Jew, things were not so easy.

Author, journalist but also musician, Yuval Ben-Ami was born in Jerusalem. He writes for a number of Jewish cultural magazines and has published some popular books about his birthplace. He likes classical music,  Schubert in particular. But since he listened to New Zealand singer Lorde’s first album, he has developed a true obsession for her. He said to PRI (American public radio) that he hasn’t felt this way since he was a teenager, when he was in sixth grade and was into the Beatles. 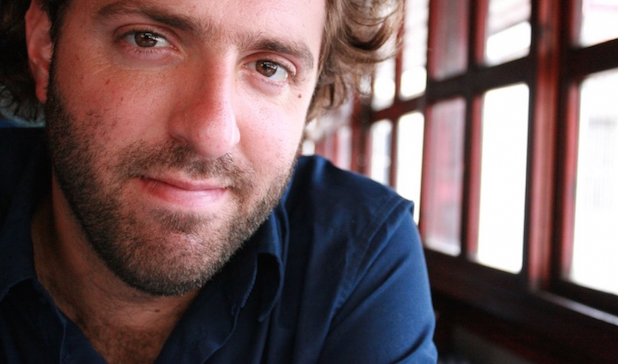 Among all his activities, Ben-Ami is working as a tour guide, taking tourists around Israel and, across the separation barrier, to the West Bank.

About the geopolitical situation in his country, he says:

I had to be honest: what I see is a country where two societies live, and they ignore one another. People travel here without passing through the sphere where the alphabet is different from their own. (…) That is another way in which Lorde’s music is an asset here. It’s present on both sides of separation barrier.

In light of this, he thought to create an album containing the songs of Pure Heroine, Lorde’s debut album, with the song lyrics translated into Hebrew and Arabic. It seemed so easy but Ben-Ami had to cope with the Palestinian “anti-normalization” movement, that opposed cultural partnership with Israelis: the idea is that all partnerships justify Israeli occupation.

So Ben-Ami, while talking about the project – which he called The Israel-Palestine Lorde Project – says:

Putting together a homage to your favorite singer is a trivial thing, if you live in a normal country.

The journalist tried hard to find other Palestinian musicians to adhere to the project, but without results. So, he was obliged to change direction: if he had addressed exclusively to the Israeli society (which is multicultural, is made of different way of thinking and different languages), maybe the conviction that the Israeli and Palestinian contrasts are insuperable would have been undermined, and the two cultures would coexist.

Ben-Ami had almost lost hope to find an Arabic-speaking singer when he met Rasha Nahas, a young Palestinian songwriter from Haifa, northern Israel. Even though Nahas doesn’t come from the West Bank, Ben-Ami thinks that her contribution to the album has been a success:

The idea was to make a local tribute to my favorite singer. ‘Local’ means Israeli and Palestinian, even if the two societies are in perpetual estrangement.

Ben-Ami found many obstacles in realising his project, but these contributed to clarify the complexity of art and politics in a region where these cultures exist side by side but rarely interact positively. Ben-Ami also understood he couldn’t blame Palestinian artists because they didn’t want to collaborate with an Israeli Jewish:

In their narrative, Israel has absolute political power. Why would a kid want to hand over his lunch money to a schoolyard bully?