Goodbye to Zaha Hadid, the Dame of architecture

Zaha Hadid, one of the world’s most prestigious and well-known architects, died in a Miami hospital. The world of architecture mourns its first lady.

Both criticised and praised, the award-winning and undisputed world archistar, Zaha Hadid, died following a heart attack on 31 March in a Miami hospital, where she was being treated for bronchitis. The news has been confirmed in the evening by Zaha Hadid Architects, one of the world’s most important studios where 246 architects are employed: “It is with great sadness that we have confirmed that Dame Zaha Hadid died suddenly in Miami in the early hours of this morning”.

Her works all over the world

She became the first woman to be awarded the prestigious Pritzker Prize in 2004, she was honoured (twice) with the Stirling and with the RIBA (Royal Institute of British Architects) Gold Medal, and was appointed Dame Commander of the Order of the British Empire 2012. Hadid was born in Baghdad in an Iraqi middle-class family. She studied mathematics at the American University of Beirut before starting, in 1972, her journey into the world of architecture at the Architectural Association School of Architecture, London. In the British capital, Hadid started to design and realise innovative works all over the world, including The Peak in Hong Kong (1983), the Kurfürstendamm in Berlin (1986), and the Cardiff Bay Opera House in Whales (1994).

Her visionary works – a synthesis between architecture, art and design – reached each corner of the globe: from Hong Kong to Germany and Azerbaijan. She also designed the London Olympic Aquatic Centre, where the London Olympic and Paralympic Games took place in 2012, the Bersiegel Ski Jump, Innsbruck, Austria, the Guangzhou Opera House, China, the MAXXI contemporary museums in Rome, and the Citylife building in Milan, Italy. With her multifaceted, restless personality, she spent her all life looking for new things to experiment: during her career, Hadid designed a collection of shoes for Lacoste, collaborated with Karl Lagerfeld and designed for Louis Vuitton, Chanel, and Swarovski. “The world of architecture has lost a star today,” said Riba President Jane Duncan. “Visionary and highly experimental, her legacy despite her young age, is formidable. She leaves behind a body of work from buildings to furniture, footwear and cars, that delight and astound people all around the world”.

President of the @RIBA @JaneDuncanPRIBA talks fondly about her heroine #ZahaHadid and her legacy pic.twitter.com/m2E1Ovysyr

A woman in a world of men

In a world dominated by men, Hadid was criticised by those saying her works sacrifice functionality for aesthetics. Sometimes, as happened with the 2020 Tokyo Olympic Games stadium, her projects were rejected for being too extreme or expensive. Recently, she was part of a controversy linked to the construction of the Al Wakrah stadium, Qatar, for the 2022 FIFA World Cup.

With her rebel and passionate nature – she was nicknamed Lioness –, Hadid never showed self-criticism: “Yes, I succeeded,” she told to French architecture journal Courrier de l’Architecte in 2012. “But the road was not easy or rosy. Initially, I was like a machine: I used to study and design day and night”.

Her futuristic works were achieved thanks to innovative technologies, unexpected architectural shapes, sinuous curves and fragmented geometry, elements typical of deconstructionism. She aimed to reach a new, unique, and full-of-personality aesthetic. 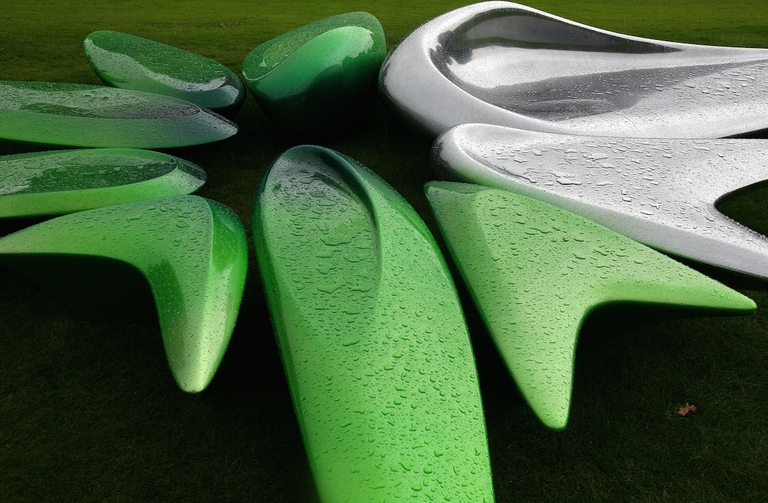 When she was asked “Why there are no straight lines and 90-degree angles in your work”, she used to answer “Basically, because my life isn’t a grid. If you look at nature, nothing is regular or flat, but all people think such places are pleasant and relaxing. I think we should try to achieve this kind of architecture in our cities, as there are far too many horrible, cheap buildings”.

Zaha Hadid, the female star of architecture. Will a black hole of controversy gobble her up?

Creator of controversial designs, the only female starchitect dares to challenge contemporary architecture through visionary experiments.