Obama rejects the Keystone XL pipeline. The US confirms its leadership in combating climate change

Such huge decision was in the wind. After that Shell abanoned Arctic drilling and the announcement to block oil drillings in Alaska, the President of the United States Barack Obama has definitively put an end to the much-debated Keystone XL pipeline project.

Barack Obama announced it in a press conference, along with the secretary of state John Kerry who pushed to this decision, explaining that Keystone XL “would not serve the interests of the United States”.

“If we want to prevent the worst effects of climate change before it’s too late, the time to act is now.” —@POTUS https://t.co/yyUhBOVTc8

“The critical factor in my determination was this: moving forward with this project would significantly undermine our ability to continue leading the world in combatting climate change,” Kerry said in statement. 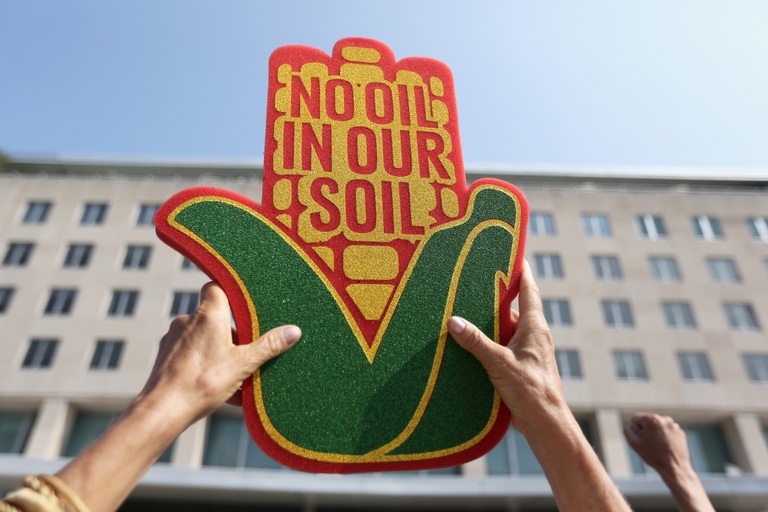 It is a crucial stance, only three weeks ahead of the Paris climate change conference (COP21), where the heads of state and institutions’ representatives will have to sign a binding deal on combating climate change.

The Keystone XL pipeline, owned by the oil company TransCanada, would have transported up to 830,000 barrels of bitumen daily, to be converted into crude oil in US refineries. Due to decreasing prices of crude and the tireless protests of environmental campaigners against the project, the pipeline won’t be built.

The satisfaction for the historic decision is shared all over the world. Bill McKibben, 350.org founder, writes on Twitter: “The Keystone XL speech by President Obama hit all the right notes. He’s 1st world leader to shut down a big project on climate grounds”.

The #KeystoneXL speech by @potus hit all the right notes. He’s 1st world leader to shut down a big project on climate grounds. That’s huge

Greenpeace Italia also calls for victory, through the words of Giuseppe Onufrio, Executive Director: “Such news demonstrates that citizens’ opposition can stop hazardous projects of fossil fuel exploitation. By rejecting Keystone XL project and drillings in Alaska, Obama has reaffirmed his leadership in combating climate change. A great, positive news, especially 3 weeks ahead of the Climate change conference (COP21) to be held in Paris”.

“Obama did not mention Europe in his speech. This demonstrates how Europe has lost its leadership in energy and climate policies. Unfortunately, such decline is due to governments’ focus on policies that stand in the way of renewables and discourage energy efficiency. Following Obama’s clear stances we ask our government to take action for the development of our country and the future of our planet,” he concludes.