Police kills 3 people a day in the United States

The Counted is a counter tracking the number of people killed by US police forces in 2015. A grim tally, aimed to spotlight a silent massacre.

Following this trend, by the end of 2015 the American police will kill 1,109 people in a year, reaching the dreadful average of 3 people killed each day. The estimation comes from an investigation carried out by The Guardian, which decided to launch a counter (The Counted) that tracks, also thanks to readers’ signals, the number of people being killed every day in the United States by national or federal police forces. 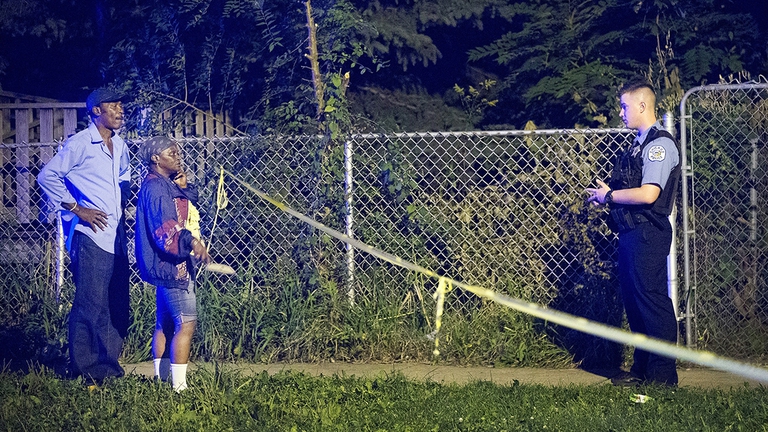 October has just begun, and the count is about to reach 900 people killed (875). The counter aims to fill the lack of information and awareness demonstrated by the US authorities and administration, following the watershed event on 8 August 2014, when Michael Brown, 18-year-old boy, was killed by the police despite he was unarmed. It was a fact that caused clashes and tensions in the streets of Ferguson, Missouri, which spread like wild fire throughout the continent. 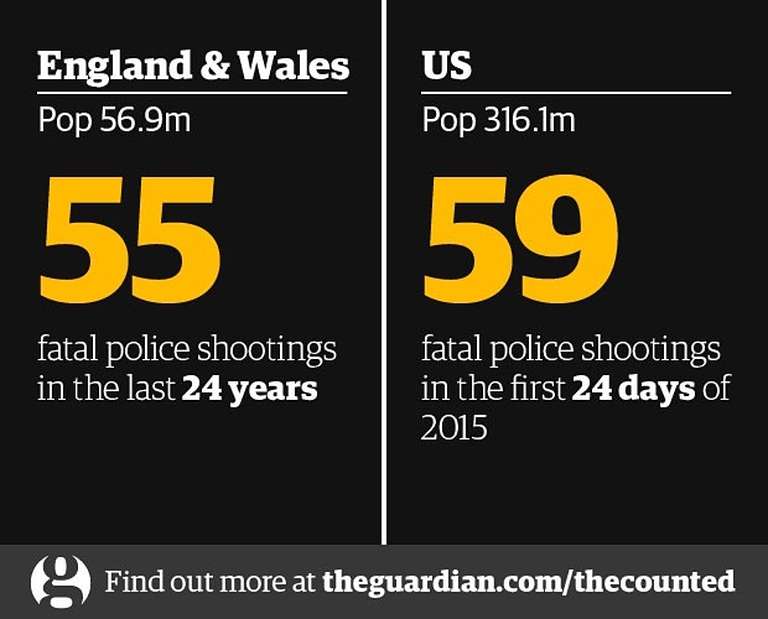 Despite comparing data with other countries is more and more difficult, according to The Guardian, it’s essential to point out that in the United States, with a population of 316 million inhabitants, 59 people have been killed in 24 days by police forces in 2015, whilst in England and Wales, with almost 57 million inhabitants, police killed 55 people in 24 years. 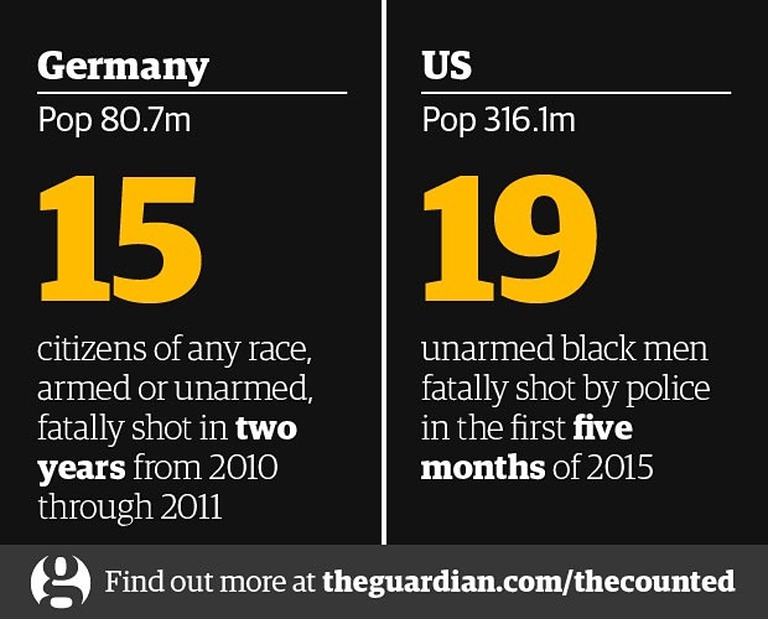 Here’s another comparison: United States and Germany (80.7 million inhabitants). In the US 19 unarmed black people have been killed in the first 5 months of 2015. In Germany, 15 armed or unarmed people (of any racial and ethnic group) have been killed in 2 years, from 2010 to 2011.

One of the last episodes of unjustified violence took place in Baltimore County, where a policeman named David Earomirski shot to a black 19-year-old boy, Keith Harrison McLeod, guilty of making a gesture of a gun with his hands, and “pointing” it against the agent whilst shouting “I kill you”.

No matter if arms diffusion in the United States is incomparable to the rest of the world, no matter if guns’ cult is untouchable and if President Barack Obama couldn’t weaken it in order not to “bother” the gun lobby described by Michael Moore in his documentary Bowling for Columbine. It’s essential to bear in mind that there’s always an alternative. In Norway, agents fired only 2 bullets in 2014, without killing or injure anyone. Yet, in 2011 a man, Anders Breivik, made an unprecedented carnage, killing 69 young people guilty of being part of the new liberal and progressive generation. A massacre that, unfortunately, was equally terrible to that in Columbine in 1999.