Refugees. How Italian associations are helping them

From donations to NGOs, to voluntary works, and hospitality. Here are some tips for those who want to do their bit for refugees in Italy, where more than 100,000 asylum seekers have arrived in 2015.

Pictures are clear. Trains being assaulted, borders being closed, long queues to reach European countries. Entire families leaving their land fleeing the war, because the cities and villages where they used to live, study, or work, just don’t exist anymore. 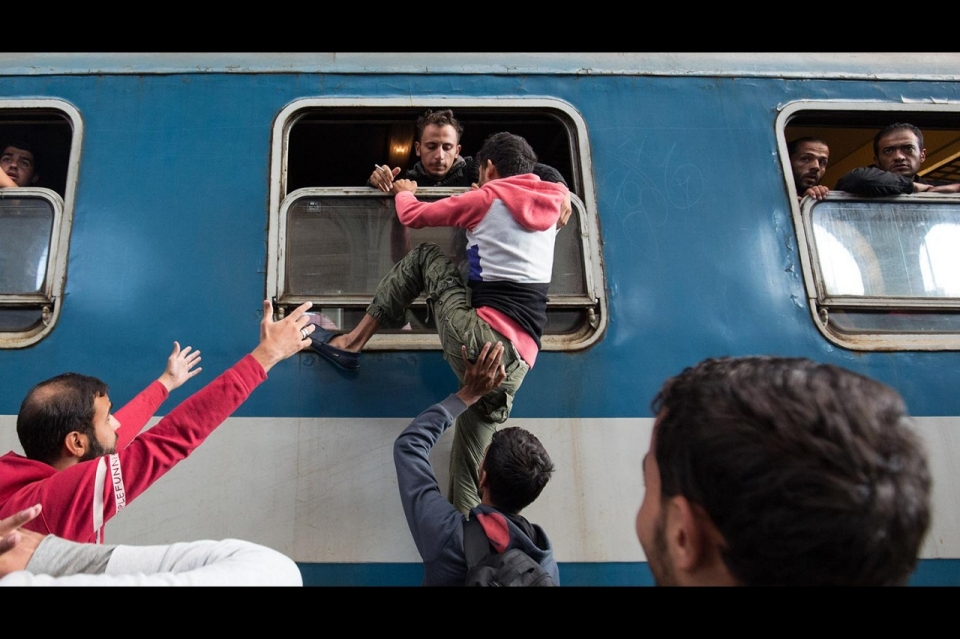 There are many NGOs and associations committed to helping refugees, both nationally and internationally, by setting up camps and providing them with basic needs and humanitarian support. To date, only for Syria, there are at least 4 million refugees, according to data provided by the UNHCR (United Nations High Commissioner for Refugees).

Many European citizens have started a real solidarity race, since they can’t remain unresponsive to what is considered a humanitarian crisis.

How can we help?

Save the Children. Since its foundation, the NGO works with refugees and migrants, and is currently accompanying children during their migratory path. In fact, it boasts its presence in those countries where children come from, such as Syria, and in transit countries, such as Turkey, Egypt, and Italy, in order to protect and support them. It also operates in countries like Greece and Germany to help children understand their rights and grant them the access to healthcare and shelter. It will be soon operational in Macedonia and Hungary. In Italy, it offers assistance and protection to minors in Lampedusa, Augusta, Catania Palermo, Trapani, Messina, and Porto Empedocle, and it strengthened its activities in cities like Milan, Turin, and Rome.  To support the organisation’s work

UNHCR. The United Nations High Commissioner for Refugees is contributing to face the current situation. This includes interpreting services, legal information, and basic aids. The institution provides basic humanitarian assistance, such as water, energy bars, sleeping bags, and sanitary kits. It can mobilise over 300 professionals to assist 600,000 people within 2 hours from the emergency. Just a few days ago, it launched an appeal: “If only 1% of Italian millionaires donate 15,000 euros, the UNHCR would have funds enough to assist 22,000 Syrian families, reducing the risk that thousands of children end up in human traffickers’ hands.” With the Italian campaign Diventa un angelo dei rifugiati (Become an angel of refugees), it is possible to start a monthly donation of the desired amount of money. For companies’ owners, donations to UNHCR are 100% deductible. To support the organisation’s work

Sos Villaggio dei bambini. The NGO, through the SOS Emergency Programme launched in late August, works to help minors, pregnant women, mothers with children, and people affected by malnutrition. The main activities are the creation of spaces dedicated to children where the association provides: shelter, medical and psychological support to children and families, food, clothes, nappies, blankets, tents, washing machines, and internet access in order to favour the contacts with families or relatives remained in their provenience countries. The NGO operates in Greece, Macedonia, Hungary, Armenia, Serbia, and Austria. To support the organisation’s work

Caritas. It raises funds in favour of refugees. In fact, over the 4 years of conflict, it funded projects for 1,878,500 euros in Syria, Lebanon, Jordan, and Turkey. Over 400,000 euros have been destined to the activities of Caritas Syria. It works with a pilot project in Lebanon, organising training sessions and practical activities aimed to teach conflict peaceful resolution techniques. In 2014 alone, the entire network of Caritas, helped over 1.2 million people in Syria, Lebanon, Jordan, Turkey, and Iraq. In October it will launch the initiative Rifugiato a casa mia, thought for those families willing to host a refugee. To participate to the project, please contact the association. To support the organisation’s work

Soserm (Sos Emergenza Rifugiati Milano) is operational at Milano Centrale railway station every day from 10 to 14. If you want to help, please write to [email protected]

Progetto Arca Onlus. At Milano Centrale railway station the association has created a hub for first aid to transit refugees. A space of 500 square metres offered by the railway system. People can help by offering basic needs and items.

Amici del Baobab. The association is operational in Rome. It posts real time a list of things needed at the centre. “We welcomed some 25,000 migrants with less than 200 volunteers, and we are supported by hundreds of donors”.

You can actively participate, with the help of the numerous associations in Italy and abroad. Besides the ones above mentioned , you can also contact Emergency, Amnesty International, Croce Rossa, Mani Tese, Oxfam, and other smaller local associations.