Radovan Karadžić has been sentenced to 40 years, for Srebrenica genocide and other crimes

Radovan Karadžić has been found guilty of crimes against humanity, the genocide in Srebrenica, and the Sarajevo siege. The former Bosnian Serb leader and commander-in-chief of Serb forces Karadžić has been sentenced to 40 years in jail by the United Nations International Criminal Tribunal for the Former Yugoslavia in The Hague, Netherlands.

When the trial started in 2009, the prosecution requested life imprisonment. Six years later, Karadžić was found guilty of 10 out of the 11 charges he faced for his role in the 1995 massacre of 8,000 Muslims in Srebrenica – the worst war crime in Europe since World War Two –, the siege of Sarajevo, persecutions (massacres, rapes, torture, raids, and ethnic cleansing operations) against non-Serbian citizens in 20 municipalities (including a concentration camp), and in holding soldiers of the United Nations Protection Force (UNPROFOR) hostage.

Before the end of the war, the International Criminal Tribunal for the Former Yugoslavia indicted Karadžić along with his military chief Ratko Mladic on 25 July 1995 for the crimes committed between 1992 and 1995. Karadžić evaded arrest and for over a year remained with his family in Pale – despite a 5-million-dollar reward for his capture – and remained fugitive as of 1996. He was arrested 12 years later, in 2008, in Belgrade, Serbia, where he lived under the identity of a practitioner of alternative medicine, allegedly helped by Serbian intelligence. 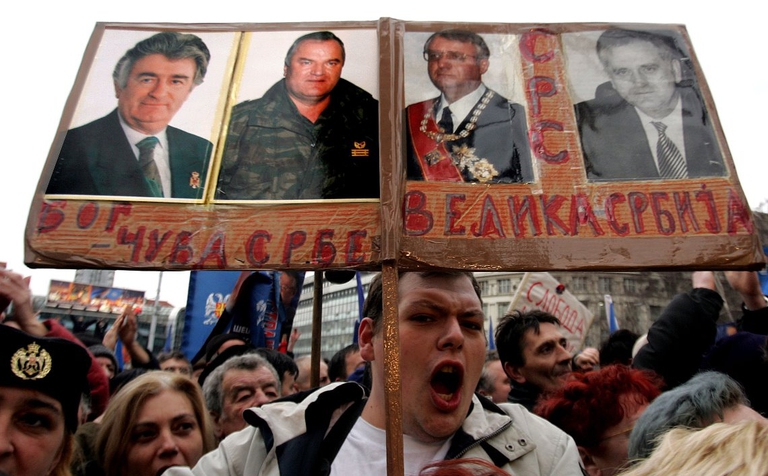 Karadžić declared his innocence and now has 30 days to appeal. Speaking after the verdicts, the tribunal’s chief prosecutor Serge Brammertz, said to The Guardian: “Moments like this should also remind us that in innumerable conflicts around the world today, millions of victims are now waiting for their own justice. This judgement shows that it is possible to deliver it”. The verdict has been attended by more than 500 people, 150 of which were representatives of associations for victims of war.