Patti Smith’s new book was published on October 6th: it is entitled M Train and is the sequel to Just Kids, the first memorial written by “the priestess of rock n’ roll”. Just Kids received great acclaim from audiences and critics alike: it was included in the New York Times’ list of best sellers of the year and won the 2010 National Book Award for essays. In Just Kids, Smith described New York’s bohemian scene and creative boom of the ‘70s. Five years after the memorial was released, a mini TV series was realised out of it, which was produced by the US TV channel Showtime.

M Train is very different from Just Kids: in her new book Patti Smith starts from telling her daily habits and successively talks about her abstract and concrete memories and thoughts, such as her passion for TV series. Which results in a less dramatic yet wiser book.

Smith talks about the passing of what seems an ordinary life: the memories of her fifteen years of marriage to her deceased husband Fred “Sonic” Smith, guitarist of the band MC5, the purchase of a new home in New York, in the neighbourhood of Far Rockaway, soon before this was destroyed by hurricane Sandy, her cats and her favourite café in NYC’s Greenwich Village. 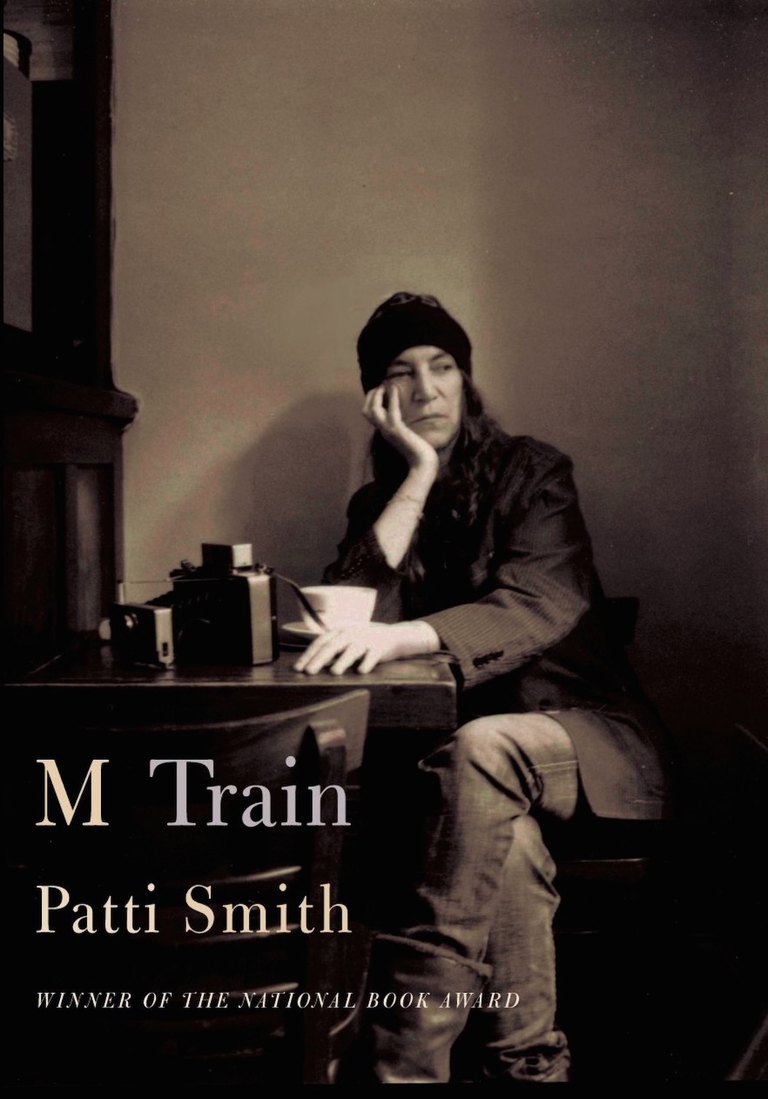 The publishing house described the book in the back cover as follows:

M Train is a journey through eighteen “stations”. It begins in the tiny Greenwich Village café where Smith goes every morning for black coffee, ruminates on the world as it is and the world as it was, and writes in her notebook. We then travel, through prose that shifts fluidly between dreams and reality, past and present, across a landscape of creative aspirations and inspirations (…) It is loss, as well as the consolation we might salvage from it, that lies at the heart of this exquisitely told memoir.