Ocean tides will supply electricity to over 155,000 British families

Construction of a plant that will use the rise and fall of ocean tides to generate renewable power is ready to start. The plant will generate enough electricity to power 155,000 homes for 120 years.

The estuary of the River Severn lies in the southwest of Great Britain, in Wales’s Swansea Bay. It has the world’s second highest tide range, the difference between high and low tide, which is most acute in spring. What better place than this to build a plant that uses ocean tides to generate electricity?

Power plants that use ocean tides to generate electricity have been built since 1996, but the Swansea Lagoon plant is the first to employ a completely new method.

A 9.5 kilometres long barrier built along the bay will create an artificial lagoon with an area of 11.5 square kilometres. As the tide goes out, water in the lagoon will be 8.2 metres higher than the water outside its walls, the open sea. The water pressure inside the lagoon will be channelled through 26 electricity generating turbines. The flow is reversed at high tide: when the sea reaches its maximum height with respects to the water level inside the lagoon, water is allowed to flow into the lagoon activating the turbines. The amount of water rushing through the turbines every day would be enough to fill 100,000 Olympic swimming pools.

Construction is planned to begin in autumn 2016 and will be a major step forward for the UK’s transition to a low CO2 emissions energy system. Once the plant is complete it will produce enough electricity to save 250,000 barrels of oil and 236,000 tonnes of CO2 emissions per year.

The Swansea Bay Lagoon will not only generate clean electricity at a lower cost; it will also bring economic and social benefits (jobs, cultural and recreational activities, etc.) to the local community. The plant could potentially be used as an aquaculture farm to grow oysters, kelp and other local sea crops, and as a sports arena for sailing. Promenade walkways and cycle paths could line the lagoon wall. The designers of the facility plan to install sculptures portraying sea creatures that appear and disappear into the water as the tides roll in and out. 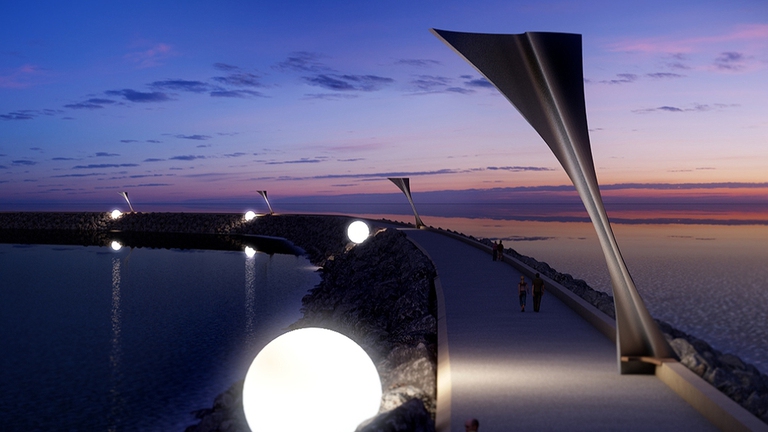 The plant is estimated to cost $1.5 billion, mainly coming from government subsidies due to last 35 years, though builders have suggested that they may give up most of the subsidies in return for the Government’s approval of two similar plants in the Welsh cities of Cardiff and Newport.