Nelson Mandela, the life and biography of the great leader a century from his birth

The biography of the man who defeated apartheid and whose achievements keep being told in countless movies and songs: Nelson Mandela.

Nelson Mandela was South Africa’s most important leader and one of the greatest statesmen, and served as President from 1994 to 1999. He was awarded the Nobel Peace Prize in 1993 for ending racial segregation (Apartheid) in South Africa peacefully, after about 50 years of white supremacy, and for laying the foundations for democracy.

Nelson Rolihlahla (“troubelmaker” in xhosa language) Mandela was born on 18 July 1918 in Mvezi, a small village in the Transkei region, south-eastern South Africa. His father was Hendry Mphakanyiswa of the Tembu tribe, which speaks the xhosa dialect, a group of the bantu languages. Mandela studied Law at the University of Fort Hare, which expelled him on 1940 for leading a student demonstration, and at the Witwatersrand University. 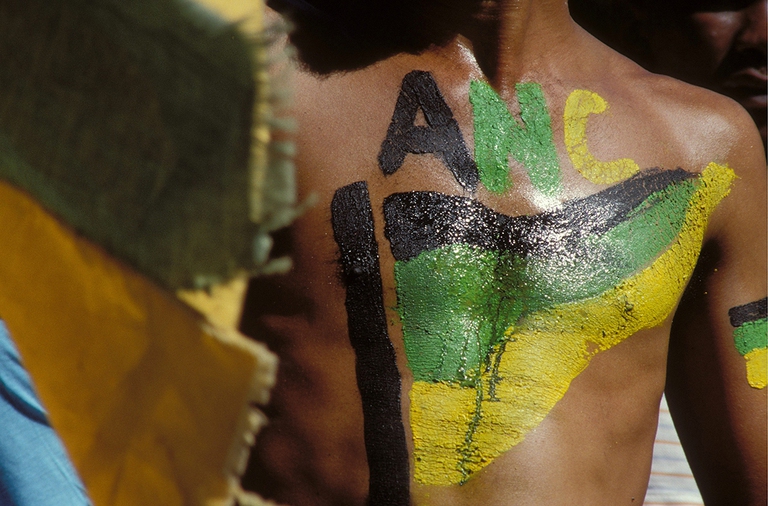 In 1944, he contributed to the creation of the African National Congress (ANC), South Africa’s most important party aimed at ending injustice towards black people perpetrated by the National Party, the expression of white population, the Afrikaners. The actions against racial segregation started in 1948 and Mandela was arrested for the first time later in 1952. Between 1956 and 1961, Mandela was tried for treason, but cleared.

The Sharpeville massacre took place in 1960 (on 21 March, which is now the International Day for the Elimination of Racial Discrimination), when 69 people demonstrating against segregationist policies were killed by police forces. In the wake of this tragic event, the government outlawed the ANC. Mandela was considering the need of creating a military wing within the party. In June 1961, the possibility of organising violent actions was proposed during a congress of the ANC, which – despite not sustaining the initiative – established that those who wanted to support Mandela’s sabotage actions wouldn’t be stopped. So, the Umkhonto we Sizwe (Spear of the Nation, MK) was established. 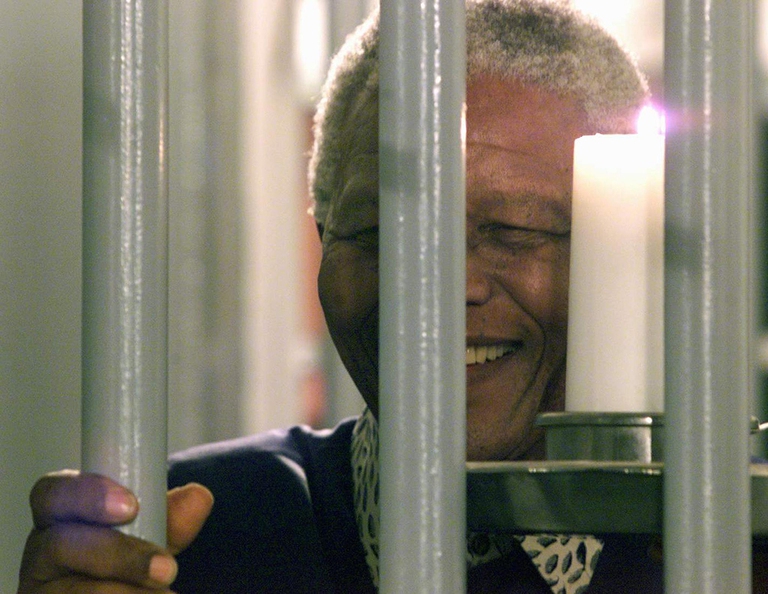 Mandela was arrested for the second time in 1962 for leaving the country without being authorised and for organising demonstrations. He was convicted to 5 years in jail and penal servitude. Other members of the MK were arrested the following year and tried for high treason. Mandela, involved in the trial for plotting to overturn the government forcibly, was convicted to life imprisonment on 12 June 1964 and detained in a high security prison in Robber Island, off the coast of Cape Town.

Throughout the 27 years Mandela spent in prison, his fame increased steadily. His silent suffering contributed to raising pressure on South African government and apartheid, making him an international symbol of resistance and a martyr of the fight against racism. Mandela was moved to Pollsmoor high security prison in 1982 and hospitalised in 1988. Back to prison, his detention conditions were made easier though he always refused any political compromises in exchange for freedom. At that time, South Africa was isolated for being racist and Frederik Willem de Klerk, the country’s last white president, gave up to international pressure for clemency. Back to public life

On 11 February 1990, at 72, Nelson Mandela became a free man again. His only aim was ending what he started 40 years before, dedicating himself to black people emancipation. After suspending the party’s armed wing, Mandela became president of the ANC in 1991. At that point, a historic meeting with de Klerk led the two leaders to realise that only a compromise between white and black people would prevent a civil war in South Africa. In late 1991, the Convention for a Democratic South Africa (CODESA) was established with the aim of creating a new government elected by all citizens. Mandela’s and de Klerk’s efforts convinced the Nobel Committee to award the Nobel Peace Prize to both of them in 1993 “for their work for the peaceful termination of the apartheid regime, and for laying the foundations for a new democratic South Africa”.

The end of apartheid and Mandela’s presidency

South Africa held its first democratic elections on 27 April 1994. The ANC won with 62 per cent of votes and Mandela became President. De Klerk’s Party, which gained 20 per cent of votes, was anyway included in the first national unity government. During his presidency, Mandela worked on peace and to boost the country’s economy. He favoured forgiveness to vengeance and demonstrated it by creating the Truth and Reconciliation Commission in 1995. Even those who committed abuse and violence during the apartheid regime were cleared.

Nelson Mandela quit his political and public life in 1999, leaving to vice president Thabo Mbeki the task of continuing his path. Mandela passed away in Johannesburg on 5 December 2013.

The article was first published in Blog Internazionale in June 2013