Moscow’s authorities want to silence street musicians. They protest with their mouth taped shut in the streets of the city to stand up for their longing for music.

Arbat Street is one of the most congested roads in the historic city centre of Moscow. But only on foot, since it is a one kilometre pedestrian street. Originally, populated by artisans, it went through a massive process of gentrification over the years, like many other cities worldwide. Today, there you can find the most famous and expensive shops and its atmosphere is not so different from that of other European city centres.

But street artists, who consider this place their ideal home, contribute much to its romantic atmosphere: painters, jugglers, mimes but most of all musicians. But since 28th June, the Arbat street musicians turned off their music: they taped their mouth shut protesting in front of luxury boutiques against increasingly aggressive repressions by local security force.

According to the musicians, in the last period, there was a rise in police fines and detentions, which have no legal ground. Oleg Mokryakov, leader of one of the music collectives playing on Arbat, wrote on his Facebook profile that with their actions musicians wanted to draw the attention of the public and local government:

Police is attacking artists, taking them to police stations, confiscating their instruments, giving them court summons, and the courts then appoint huge fines based on various articles, depending on their imagination (usually 10,000 rubles for organizing an unsanctioned gathering of spectators). 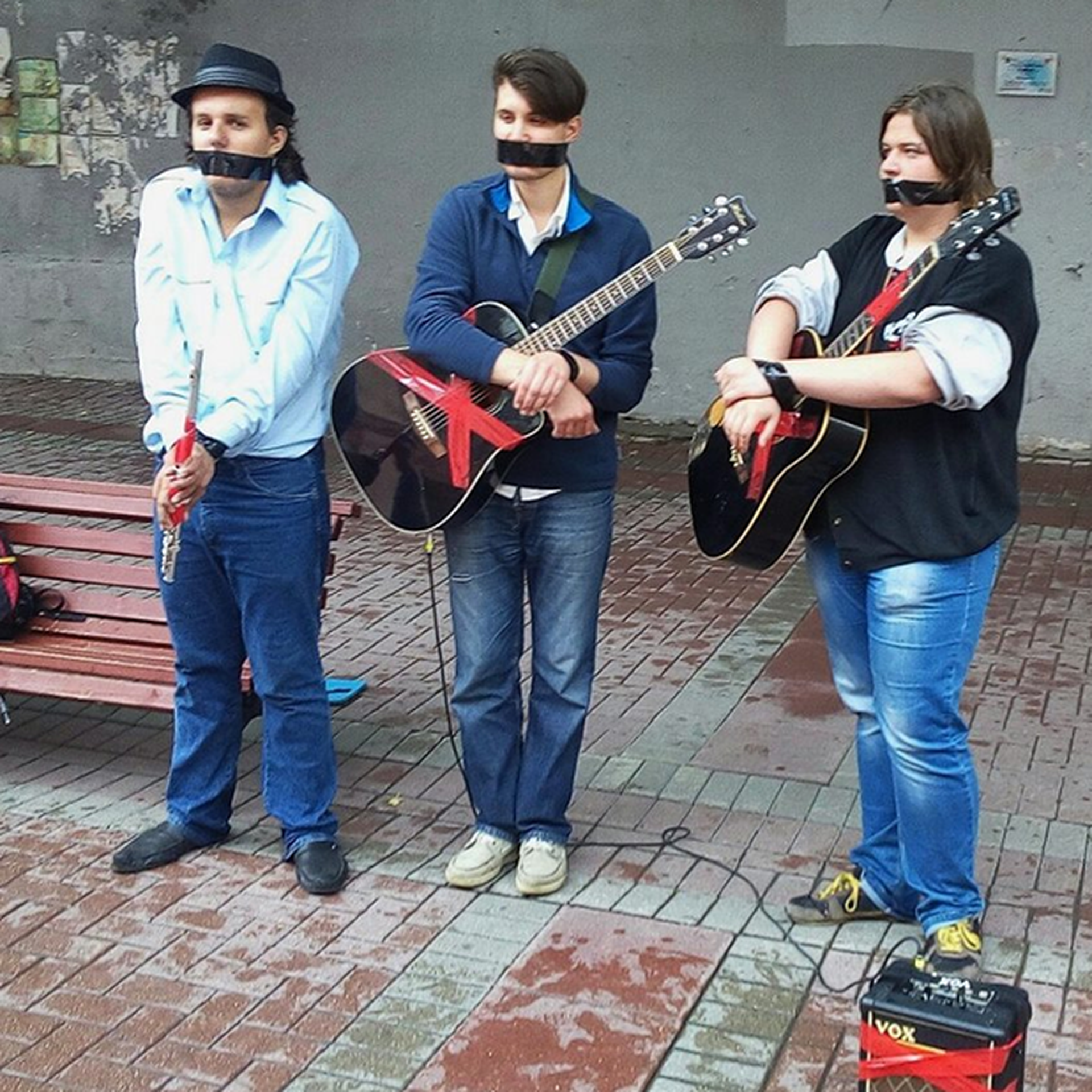 Moscow residents seem to support the artists’ cause both considering their responses on mainstream media and online. Journalist Yury Saprykin stated in an interview that he considers street performers as a natural ornament of the urban environment. 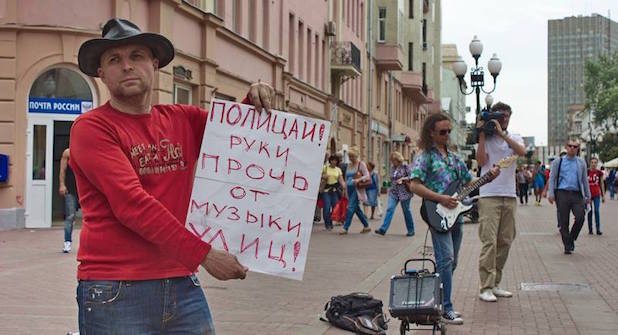 On the other hand, the Moscow authorities have reacted to the musicians’ protests: Aleksandr Kibovsky, head of Moscow’s department of culture, expressed his support to the idea of creating a system of patents for buskers, in order to spread the musicians across Moscow districts.

The protest leader, Oleg Mokryakov, appreciated the authorities’ willingness to address the buskers’ demands, but he pointed out the continuous police pressure against them, with many of them being arrested and put in jail across Moscow, on the same day when the authorities were discussing the situation.

In South Africa more and more people are joining the #FeesMustFall movement. These include Gigi Lamayne, one of South Africa’s rising hip hop stars.

By asking every person in the guest list to donate one euro, Berlin clubs have raised 50,000 euros for the refugees.

Bruce Springsteen called off the concert scheduled for Sunday in North Carolina to protest against the laws that discriminate against the LGBT community.

Robert Del Naja and Euan Dickinson of the band Massive Attack composed the soundtrack to “A River”, a documentary highlighting the risks due to shale gas drilling in southern Wales.

Arcade Fire to receive a prize for their commitment in Haiti

The Canadian band Arcade Fire will receive the Allan Waters Humanitarian Award on 2 April for their active support to the Haitian population.

A judge denies Kesha’s attempt to get out of her contract with Kermosabe Records (Sony), the label founded by producer Dr. Luke whom she accused of sexual abuse in 2014.

Björk shares a video against the building of power plants in the unspoiled landscapes of Iceland’s Highlands.