The much awaited European plan on refugees

The President of the European Commission, Juncker, has outlined Europe’s plan to deal with the refugee crisis. 28 EU ministers will deliberate on it next week.

The President of the European Commission, Jean-Claude Juncker, held his first speech on the State of the Union the 8th of September. He spoke to the European Parliament in Strasbourg, France, tackling the humanitarian crisis which sees hundreds of thousands of refugees crowding Europe’s southern borders.

In his speech he outlined the Commission’s plan on how to deal with 160,000 asylum seekers coming from countries of the Middle East and North Africa, Syria in particular, who now find themselves in Italy, Greece and Hungary. Member states will be assigned binding quotas establishing the number of refugees they’ll have to take in.

The European Parliament approved Juncker’s proposal with 423 votes in favour, 142 against and 57 abstentions. An emergency meeting will be held in Brussels, Belgium, on the 14th of September: 28 EU ministers of the Interior will decide whether to accept the system of compulsory quotas proposed by Juncker.

The main points of Juncker’s plan 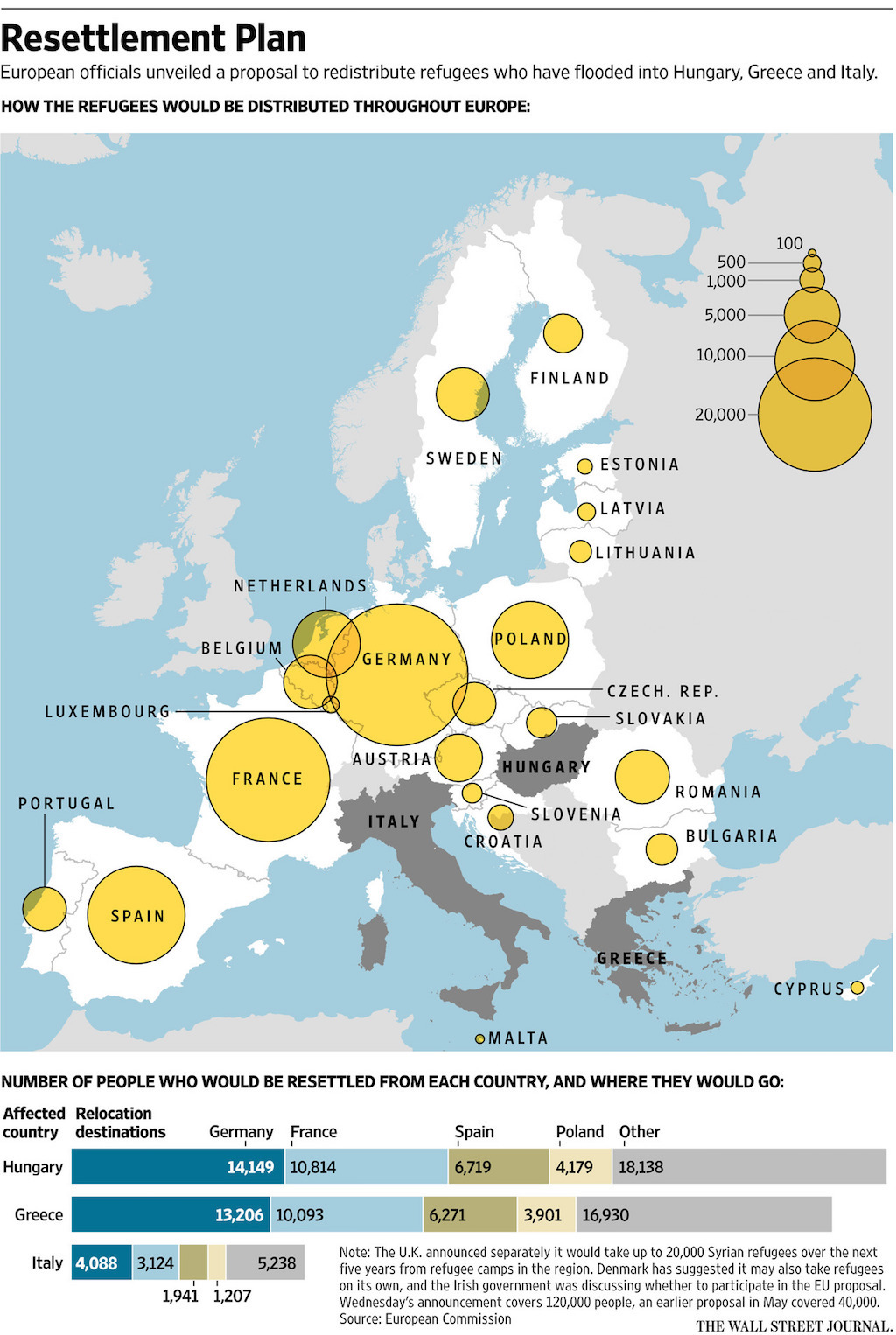 Jucnker underlined how the plan is “modest” compared to the gravity of the situation. He also pointed out that many lives would have been saved if European leaders had accepted previous plans proposed by the EU.

Almost 500,000 refugees have reached Europe since the beginning of 2015, equivalent to 0.11% of the Union’s total population. Nothing compared to the situation faced by Middle Eastern countries such as Turkey, Lebanon and Jordan, currently hosting around four million refugees, as pointed out by Juncker.