Petra László is the Hungarian camera operator fired by local television channel N1TV for having deliberately tripped over a man, a fleeing refugee, who was holding a child.

Hundreds of refugees were trying to escape the police’s grip near the Hungarian village of Rőszke, close to the border with Serbia, after having remained confined in a holding camp in Hungary for days. László was filming the refugees’ flight when she was captured on camera by German correspondent Stephan Richter whilst deliberately tripping over a man who was running whilst carrying a child. In the footage the man is seen falling to the ground on top of the child, letting out a scream. Afterwards, the camera operator is seen kicking people, including a little girl. 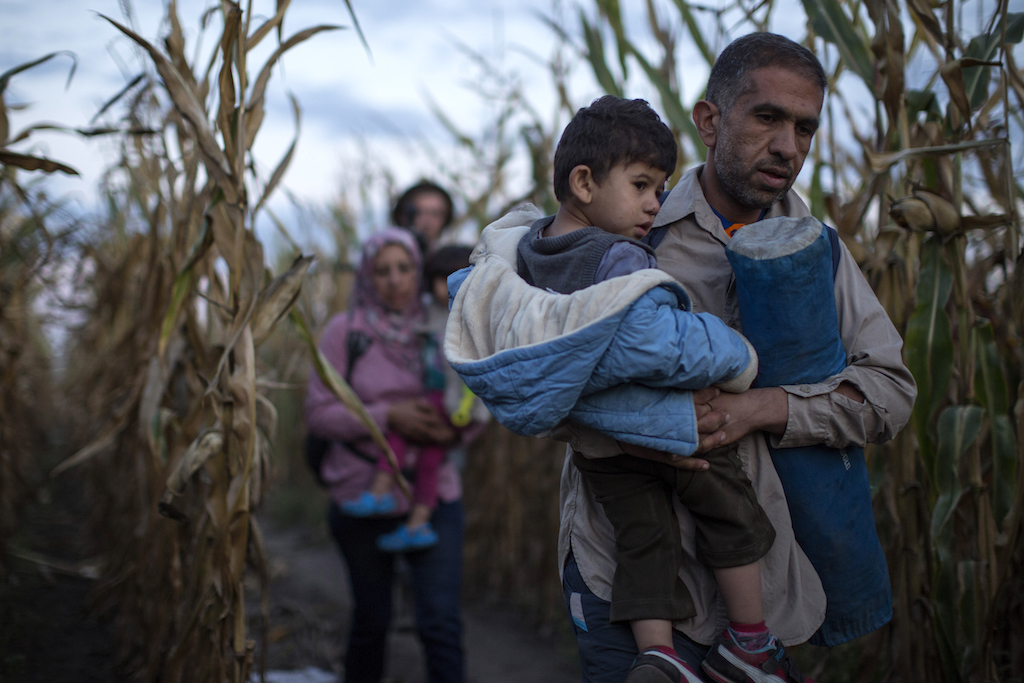 The video has gone viral, forcing N1TV to fire László. The 8th of September the broadcaster posted the decision on its Facebook page:

“The camera operator’s behavior was completely unacceptable. Her employment has today been terminated with immediate effect, the case is now closed for us.”

The channel has close ties to Jobbik, a Hungarian far-right party known for its antisemitic and anti-Roma sentiments. The diffusion of the footage has set in motion a social media campaign condemning the camera operator’s behaviour, including the Facebook page Petra Laszlo Shame Wall.

The Hungarian Prime Minister Viktor Orbán is under pressure from other European leaders to improve Hungary’s handling of thousands of refugees, mostly coming from Syria, who want to cross the country to reach the rest of the continent. More than 150,000 refugees have arrived in Hungary since the beginning of 2015. The government’s response has been to erect a four metre tall, 175 kilometres long fence on the border with Serbia. It was has also toughened punishments against illegal immigration, blocking thousands of refugees from reaching other European countries.