Haze is cloaking Indonesia and Southeast Asia. It’s our fault too

As fires in Indonesia intensify, schools have been closed and flights have been cancelled while a thick smoke haze is blanketing the country, due to burning forests.

A thick smoke haze is blanketing Indonesia, part of Malaysia, and Singapore, due to fires caused by farmers carrying out the slash and burn agriculture. 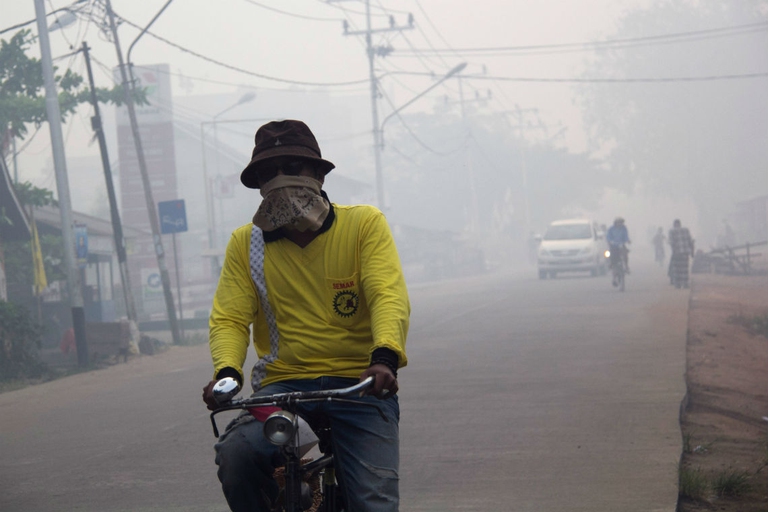 Schools have been closed and flights have been cancelled. On social networks, such as Twitter, people post images describing the situation in real time.

The Indonesian President Joko Widodo declared to the BBC that Indonesia had “gone to great lengths” to tackle it already, including sending 3,700 soldiers, nearly 8,000 police officers and four water-bombing planes to put out the fires. “You will see results soon and in three years we will have solved this,” he said.

Moreover, CNN reports that “Indonesian officials have begun evacuating infants and their mothers from Riau province in Indonesia as levels of air pollution from peat and forest fires on Sumatra remain hazardous across the region.”

Local populations burn large areas of rainforest, in order to clear the way for cultivable and grazing lands. Mostly in Indonesia, deforestation is regularly carried out to make room for the profitable oil palm.

However, these are not like most other fires, NASA explains through spectacular satellite images. These fires are extremely difficult to extinguish, since they are fuelled by the large quantity of peat in the soil. 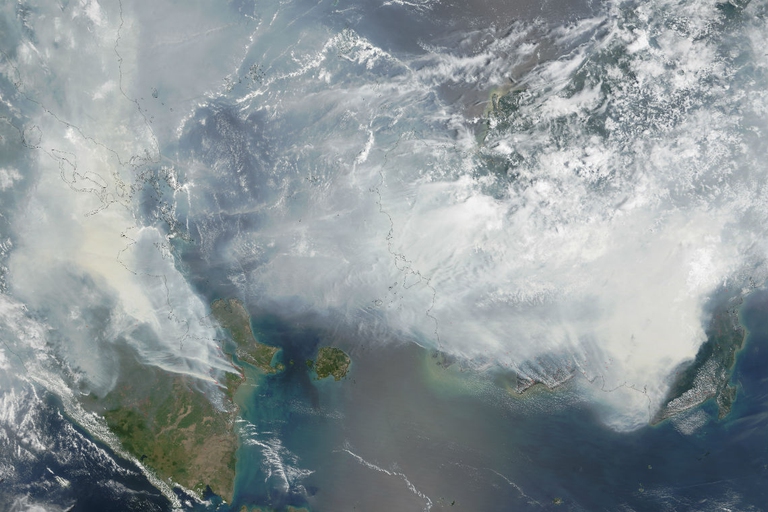 Moreover, scientists confirm that this year the situation will be even more complicated due to the presence of El Nino. The dry season will be thus dragged on, leading to reduced rainfalls, which could have instead contributed to put out the fires.

According to the Ecologist, more than 100,000 hectares of peatland forests are destroyed each year to clear the way for plantations: they are drained, converted, and burned, and large quantities of stored carbon are released into the atmosphere. In fact, 85% of Indonesian greenhouse gas emissions come from land use activities.

This is also due to the fact that palm oil demand is relentlessly growing. If the market is not ruled, through certifying and monitoring the entire supply chain from plantations to local populations and final products – despite thousands of miles separate us –, this problem could be also blamed on us.