Germany can do without coal. Renewables set a new record

Germany’s sun, wind, and renewables launched a clear message to Europe. Getting rid of fossil fuels is actually possible.

Over the last few days, the windstorm Zeljko hit northern Europe with strong winds. In the south, meanwhile, the sun was high in the sky. A perfect condition for Germany’s renewables, given that northern Germany is home to the majority of its wind turbines, whilst southern regions are home to numerous solar power plants. This condition allowed Germany to perform a new promising record, after Denmark’s. On 25 July, 78% of Germany’s total energy need has been covered by the balanced combination of wind, sun, water, and biomasses. The previous record, which dates back to May 2014, reached 74%. A total of 61.1 GW of electricity has been produced, among which 8.75 GW were destined to be exported to neighbouring countries.

Craig Morris, energy expert and journalist for the German website Energy Transition, has confirmed the record’s exceptional nature, given by particularly favourable weather conditions. However, such data rise hope in the middle-long run, in completing the ongoing energy transition aimed to free the country from CO2. In this sense, Morris points out that even during the night excellent results have been achieved, reaching a peak of 25% of renewable energy (namely wind, hydroelectric, and biomass) produced during the night of 22 July. 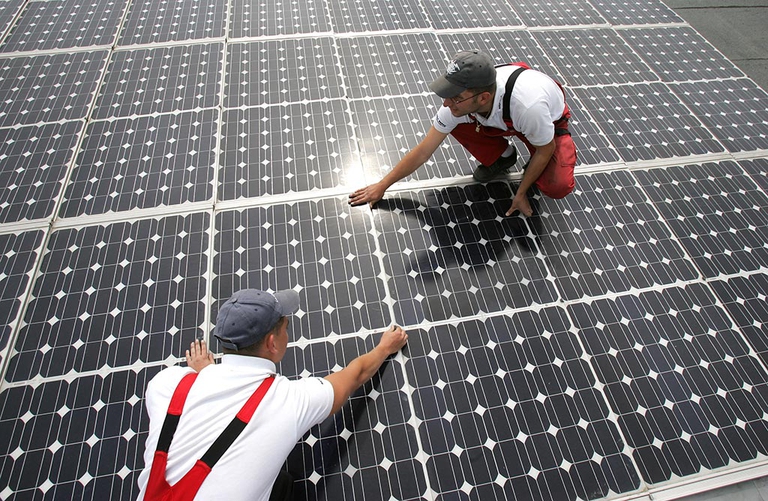 Germany is thus a model to follow. And such results confirm that the choice of giving up on nuclear energy (after the disaster of Fukushima) was anything but risky. Actually, it is a clear message to France, which seems it can’t get rid of nuclear, despite having a climate similar to Germany. A strong point to be appraised by investing in a mixed energy, i.e. different clean energies, in order to fight fossil fuels’ monopoly, such as oil and natural gas, and to remove the threats of an harmful energy, like nuclear.