NEW YORK, NY - SEPTEMBER 25: Pope Francis arrives to the General Assembly of the United Nations on September 25, 2015 in New York City. Pope Francis, who arrived in New York on Thursday evening, began his day with an appearance at the UN before heading to a multi-religious service at the 9/11 Memorial and Museum. (Photo by Bryan Thomas/Getty Images)
,
by Mara Budgen

Heads of state and other high calibre figures spoke at the General Debate of the 70th session of the UN General Assembly, saying more or less sensible things.

The General Debate of the 70th session of the United Nations General Assembly took place in the organisation’s headquarters in New York, USA, from the 23rd of September to the 3rd of October. The annual event brings together all 193 member states, the only one in which national leaders regularly participate. The theme chosen this year by UN Secretary General Ban Ki-Moon was “The United Nations at 70 – a new commitment to action”. Ban Ki-Moon also selected Tuvalu, a Polynesian island state, to occupy the place of honour, the first seat in the impressive General Assembly Hall built in the 1950s. This choice highlighted one of this year’s session most pressing themes, climate change.

All heads of state and other institutional figures are invited to make a speech in front of the General Assembly. Here are some of the most notable things that were said.

“A true ‘right of the environment’ does exist.

A selfish and boundless thirst for power and material prosperity leads both to the misuse of available natural resources and to the exclusion of the weak and disadvantaged.

The contemporary world, so apparently connected, is experiencing a growing and steady social fragmentation, which places at risk the foundations of social life and consequently leads to battles over conflicting interests.”

“Climate change is threatening the very existence of the human species. And the states should assume common but differentiated responsibilities for this reality since there is an indisputable reality that not every country is equally accountable and not all of us waste natural and human resources to irrational and unsustainable consumerism.

The consequences of climate change have a particularly devastating effect on small developing island nations and they bring additional tension to bear on their fragile economies. The same is happening in Africa with the relentless advance of desertification.” 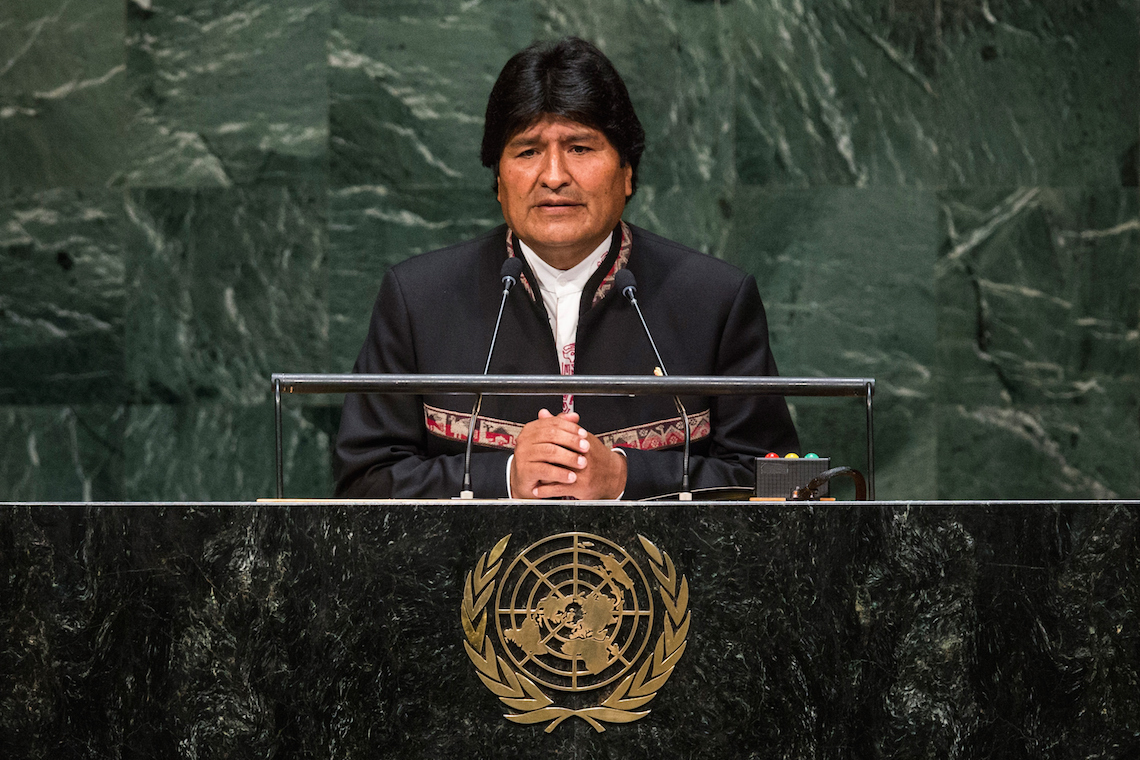 “There will be no peace without social justice. Capitalism has failed, it’s a failed model because all it has brought is the humanitarian crisis, financial crisis, energy crisis, food crisis.

We are convinced that capitalism is not the solution for humanity. The only way to end poverty and all the other serious problems facing humankind is to do away with capitalism.

With the new pope who questions capitalism, and submitting ourselves to the god of money, I’ve suddenly become the most devote Catholic ever.”

“Nowhere does the charter [of the United Nations] arrogate the right to some to sit in judgment over others. In that regard, we reject the application of double standards to victimize those who dare think and act independently of the self-anointed prefects of our time.

We equally reject attempts to prescribe new rights that are contrary to our values, norms, traditions and beliefs. We are not gays!”

Mahmoud Abbas, President of the State of Palestine

“I say to our neighbours, the Israeli people, that peace is in your interest, in our interest, and in the interest of our future generations.

Is it not time to end the racist, terrorist, colonial settlement of our land? 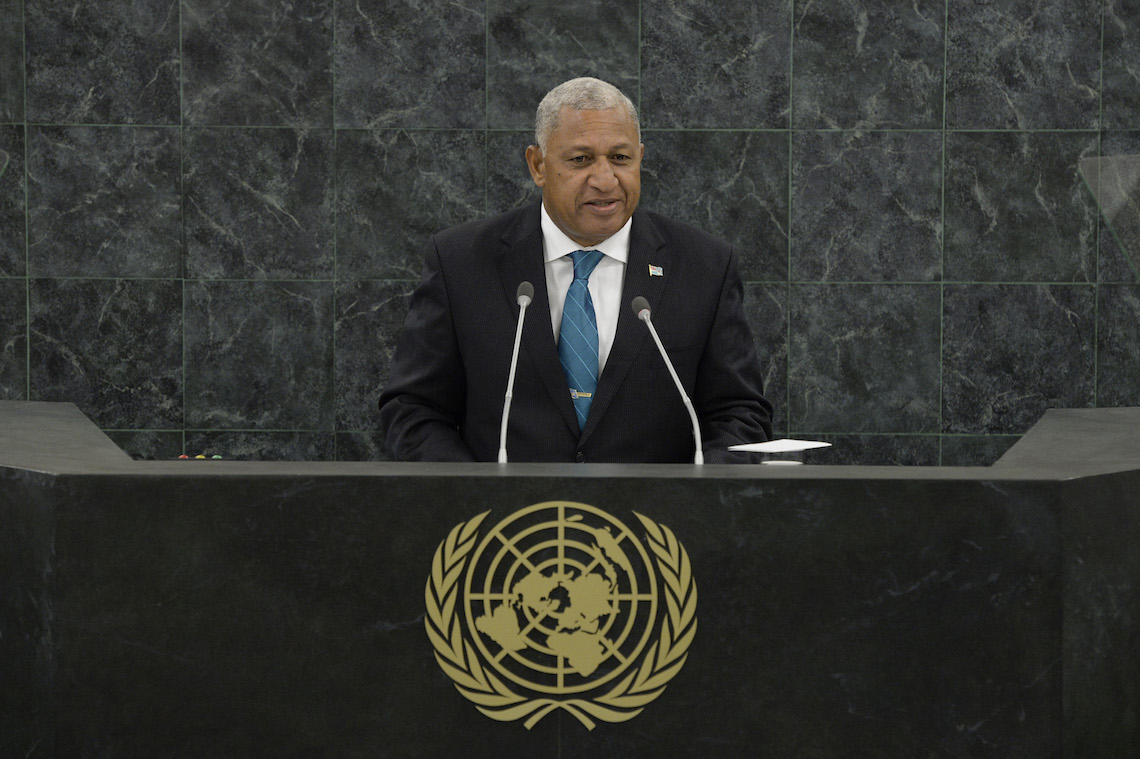 The emergency is now. The solution must be now. The time for excuses is over.”

“For some the only way to deal with this challenge is to build walls higher, to repel migrants by force or to ensure that they remain someone else’s responsibility – as far away as possible.

We do not believe that the future of Europe, or our world, can be built on ever-higher walls, or children dying at our doorstep. Neither can we forget that many of our ancestors were refugees and migrants. We cannot allow racism and xenophobia to destroy our common principles.

The difficulty lies not in the new ideas but in escaping from the old ones.”