Industrial powers, gathered at the G7 summit this afternoon, announced an agreement for the reduction of their greenhouse gas emissions: countries should decrease their emissions of about 40 to 70 percent by 2050 with respect to the levels assessed in 2010. This piece of news was received with satisfaction by French president François Hollande, who will host in Paris global leaders for the Cop 21 conference on climate in early December. According to the French Presidency, the commitment made at the G7 is “ambitious and realistic”. 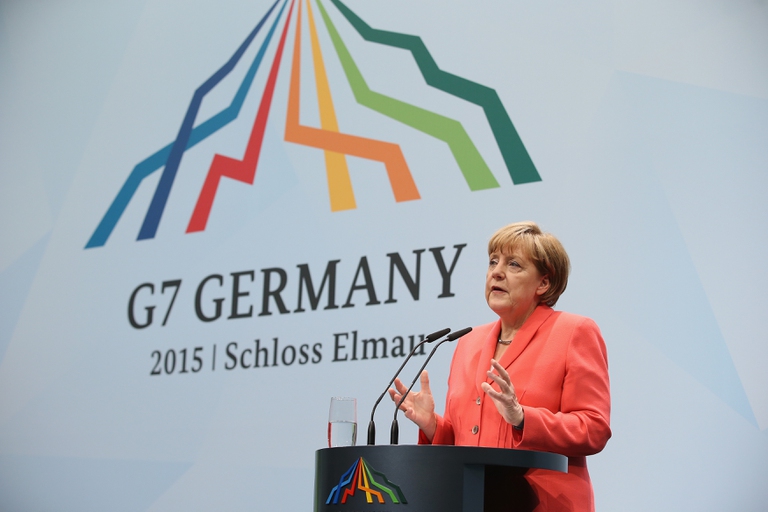 For France this is a sigh of relief: if the countries hadn’t made a “strong” commitment today, next autumn negotiations could have been difficult. In particular, the position of the Japanese Prime Minister, Shinzo Abe, was suspected because he is one of the least “sensitive” to the environmental issues. Recently, this Asian country committed itself to reduce 26 percent of its emissions by 2030 compared to the levels of 2013: a decision harshly criticised by Japanese environmentalists, according to whom the decrease accounts only for 17 percent if compared to the amount of emissions generated in 1990.

The attention was also focused on Canada, where oil extraction from shale rocks is a common yet dangerous practice for the environment. But the country ratified the agreement. Chinese leaders were not present at the meeting, even if China is the most responsible country for the emissions of CO2 into the atmosphere globally. But, according to a new study the Asian country will reach its peak of CO2 emissions five years before what was estimated: in 2025 instead of 2030. Therefore, there are a few signs showing that the Cop 21 won’t be a failure. The leader’s declaration signed today, reads that the countries “affirm their strong determination to adopt at the Climate Change Conference in December in Paris this year a protocol” and commit to “urgent and concrete action to address climate change”. The agreement to be taken in December, the declaration says, should include “binding rules” aiming to “to hold the increase in global average temperature below 2 °C” by the end of the century compared to the pre-industrial levels.