Even in western countries people used to eat bugs

Scorpions, grasshoppers, grubs, ants, termites… In many countries worldwide people eat insects and in the past this was a common practice even in western countries.

Entomophagy, a diet consisting of insects, is a practice at which Westeners look with disgust. Yet, it is not the same in many regions of the world, including Mexico, Japan and Australia, where insects don’t represent a food taboo, but rather a tasty and high-in-protein alternative to meat.

According to Maurizio Paoletti of the University of Padua, one of the lecturers at the first international conference on entomophagy that has opened today at Wageningen, Netherlands, until not so long ago, even in Italy people used to eat insects and it’s time to take up this practice again in order to use resources more conscientiously.

In one of his articles published in Contribution to Natural History, Paoletti says that Friuli’s traditional diet consisted of over 156 wild plants as well as bumblebees, moths and parts of grasshoppers. There are up to 1900 edible species on the Planet and about a hundred African, Asian and Central American countries (2 billion people), where grasshoppers, grubs and ants are usually consumed. 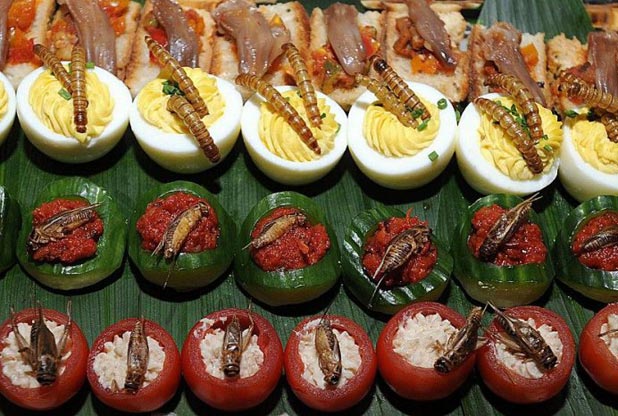 The UN Agency for Food and Agriculture (FAO) already in 2008 recommended to increase protein intake by eating bugs instead of meat, for economic and ecological reasons. Earthworms, moths, crickets and grasshoppers are, in fact, an excellent resource to tackle global hunger as well as global warming, because they don’t require the use of farming lands and because their worldwide spread could lead to a livestock decrease.

“There’s increasingly more interest in this matter in Europe and even renowned chefs participate in promotion initiatives by cooking bugs”, saya Paoletti. “There’s a legal problem, because insects are not recognised as food in many countries except for Belgium for instance. The conference was also useful to bring light to this issue”.