Here are Donald Trump’s declarations on energy, the environment, renewable energy, fracking and oil, made on the US President’s official campaign site.

On 20 January 2017 Donald Trump was sworn in as President of the United States. During the months of the electoral campaign, Trump was criticised for not having published his plans on crucial matters including climate change, public research funding and IT security.

But all of Trump’s public declarations on these issues and the details extrapolated from his campaign site clarify the plans he wants to implement.

Trump’s official campaign site doesn’t mention environmental issues, and the paragraphs on his plans are inadequate, according to many. So, the potential guidelines for his plans must be found in the declarations he made at public events and on social networks.

Donald Trump and the environment

Donald Trump has often said that man-made climate change doesn’t exist and that the Paris Agreement must be reneged on.

He’s against environmental legislation, which, in his opinion, hinders his work and has no economic potential.

First of all, he promised to drastically cut funding to the US Environmental Protection Agency (EPA) and selected one of the country’s best-known climate skeptics, the economist Myron Ebell, to lead his transition team for the EPA.

Myron Ebell’s biography makes him look like a puppet chosen on purpose to deny any alarming scientific conclusion on the most compelling environmental issues. In American TV debates it is common to invite people with opposite opinions on a certain subject. And since at this time it’s impossible to find a global warming denier, except for him, TV shows always invite him. Another climate denier will be head of the EPA, Kathleen Hartnett White. She works at the Texas Public Policy Foundation (TPPF) and she often talks about the benefits of CO2 in the atmosphere. Seriously: “We have so much reason to be optimistic; carbon dioxide in the atmosphere has really beneficial impacts. Satellites already show the greening of the Earth”.

Trump probably will try to repeal the Clean Power Plan, Obama’s major result in reducing CO2 emissions in the country’s power plants and a fundamental part of his commitment to tackling global warming (fossil fuels cause two-thirds of man-made global warming emissions).

Donald Trump thinks that the Paris Agreement is bad for the United States and wants to abandon it. Breaking it is difficult, since it’s binding and the USA ratified it. He can only unilaterally ignore it.

Actually, environmental laws are not the only ones to be in Trump’s sights. He said he wants to terminate inconvenient trade agreements and military alliances and promised to break the Iran nuclear deal reached by the Obama administration. 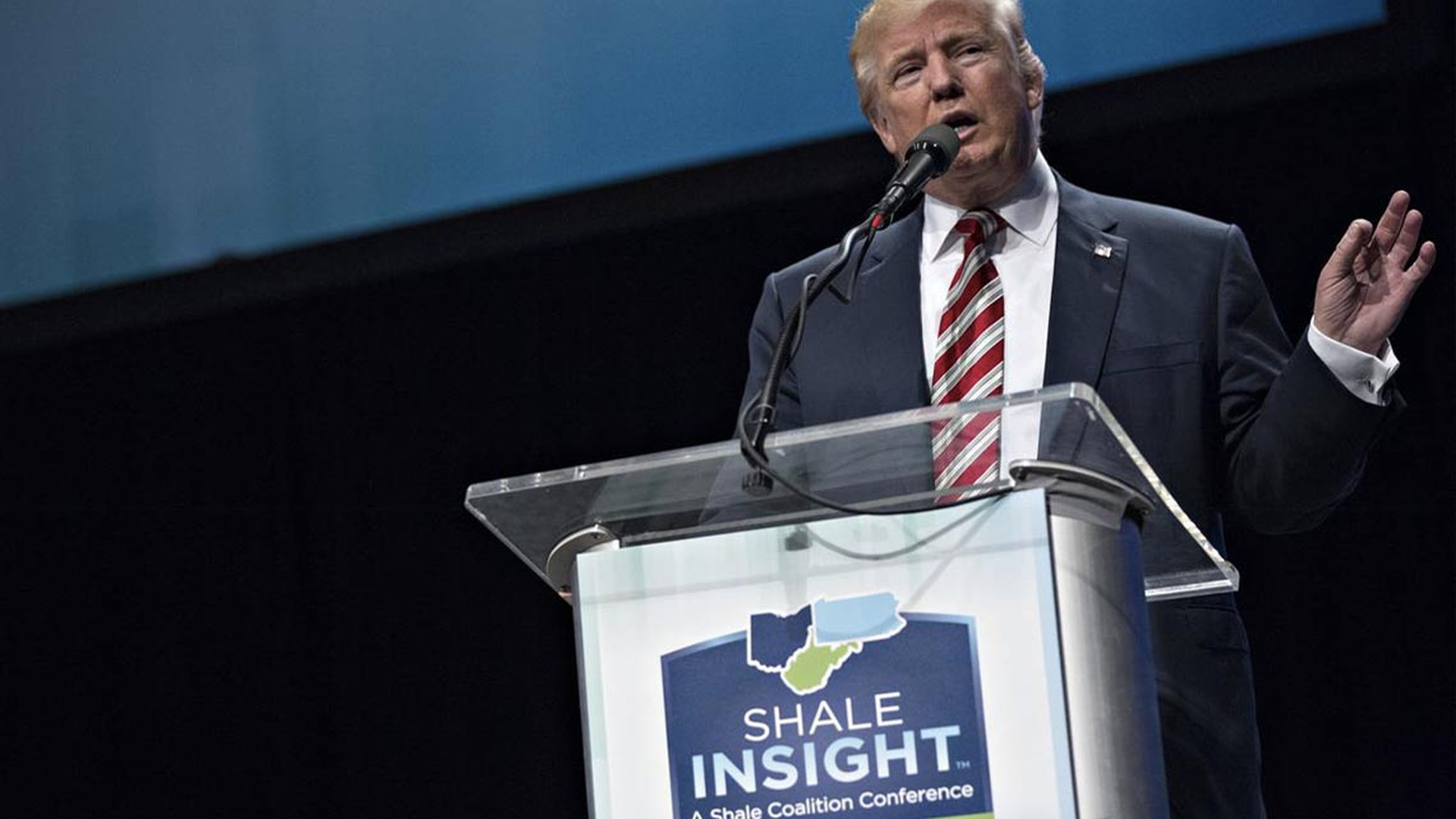 The Washington Post defines his plans “dangerous and nonsensical”. Even George W. Bush’s experts were appalled by his plans. Christine Whitman, who was administrator of the EPA under president George W. Bush and is now head of a centre for nuclear education and research, said about Trump’s declarations: “He’s talking about rolling back the clock, which I think is very dangerous”.

He said he only cares about “rational” environmental concerns, but not to the detriment of decreasing oil, gas and fracking production in the United States. To such a point that he wanted to nominate fracking mogul Harold Hamm to lead the Department of Energy.

During the electoral campaign he repeatedly mentioned a study conducted by an unknown non-profit organization, the Institute of Energy Research (IER), according to which lifting environmental regulations will amount to a $700 billion increase in annual economic output. The study was signed by Joseph Mason, chair of banking at Louisiana State University.

It was pointed out that IER is affiliated to the American Energy Alliance, a fossil fuels lobby founded by Charles and David Koch. Many economists have expressed doubt over these findings and Thomas Kinnaman, the chair of the Economics Department at Bucknell University, told CNBC: “This is not academic research and would never see the light of day in an academic journal”.

Donald Trump’s energy programme, entitled An America First Energy Plan, is fully available at the official campaign site. His public speeches, including the ones he delivered in Charleston, Virginia, on 5 May and in North Dakota on 25 May to miners and managers of mining companies, are full of attacks to former competitor Hillary Clinton and “EPA’s bureaucrats”, and lists of promises he intends to honour.

He starts with a statement.

Oil and natural gas production is up significantly in the last decade. Our oil imports have been cut in half. But all this occurred in spite of massive new bureaucratic and political barriers. President Obama has done everything he can to get in the way of American energy. He’s made life much more difficult for North Dakota, as costly regulation makes it harder and harder to turn a profit. If Hillary Clinton is in charge, things will get much worse. She will shut down energy production across this country.

Then he lists the wrongdoings of the Obama Administration.

The Department of Justice filed a lawsuit against seven North Dakota oil companies for the deaths of 28 birds while the Administration fast-tracked wind projects that kill more than 1 million birds a year. The U.S Fish and Wildlife Service abuses the Endangered Species Act to restrict oil and gas exploration. Adding to the pain, President Obama now proposes a $10-per-barrel tax on American-produced oil in the middle of a downturn. At the same time President Obama has allowed this country to hit the lowest oil rig count since 1999, producing thousands of layoffs. America’s incredible energy potential remains untapped. It is a totally self-inflicted wound.

He rejected the Keystone XL Pipeline despite the fact that it would create and support more than 42,000 jobs. He has done everything he can to kill the coal industry. President Obama has aggressively blocked the production of oil and natural gas. These actions have denied millions of Americans access to the energy wealth sitting under our feet.

“As bad as President Obama is – Trump adds – Hillary Clinton will be worse”.

She will escalate the war against American energy, and unleash the EPA to control every aspect of our lives. She declared that “we’ve got to move away from coal and all the other fossil fuels”, locking away trillions in American wealth. In March, Hillary Clinton said: “By the time we get through all of my conditions, I do not think there will be many places in America where fracking will continue to take place”. Keep in mind, shale energy production could add 2 million jobs in 7 years.

Donald Trump’s plan of (dirty) energy autocracy is based on these figures. In his opinion, “America has 1.5 times as much oil as the combined proven resources of all OPEC countries; we have more natural gas than Russia, Iran, Qatar and Saudi Arabia combined; we have three times more coal than Russia. Our total untapped oil and gas reserves on federal lands equal an estimated $50 trillion”.

And, finally, here’s his programme of action of his first 100 days.

Any future regulation will go through a simple test: is this regulation good for the American worker? If it doesn’t pass this test, the rule will not be approved”.