Banksy says Dismaland’s materials will be recovered to build shelters for refugees in the Jungle camp in Calais.

Banksy has announced that the timber and fixtures used to build Dismaland, which closed on the 27th of September, will be transferred to the Jungle refugee camp near Calais, in France. The camp hosts around 5,000 people who have escaped from countries including Syria, Libya and Eritrea. Many arrive in Calais in the hope of reaching Great Britain via ferry or crossing the Channel Tunnel, a 50 km long rail tunnel connecting Calais to the British town of Folkestone. 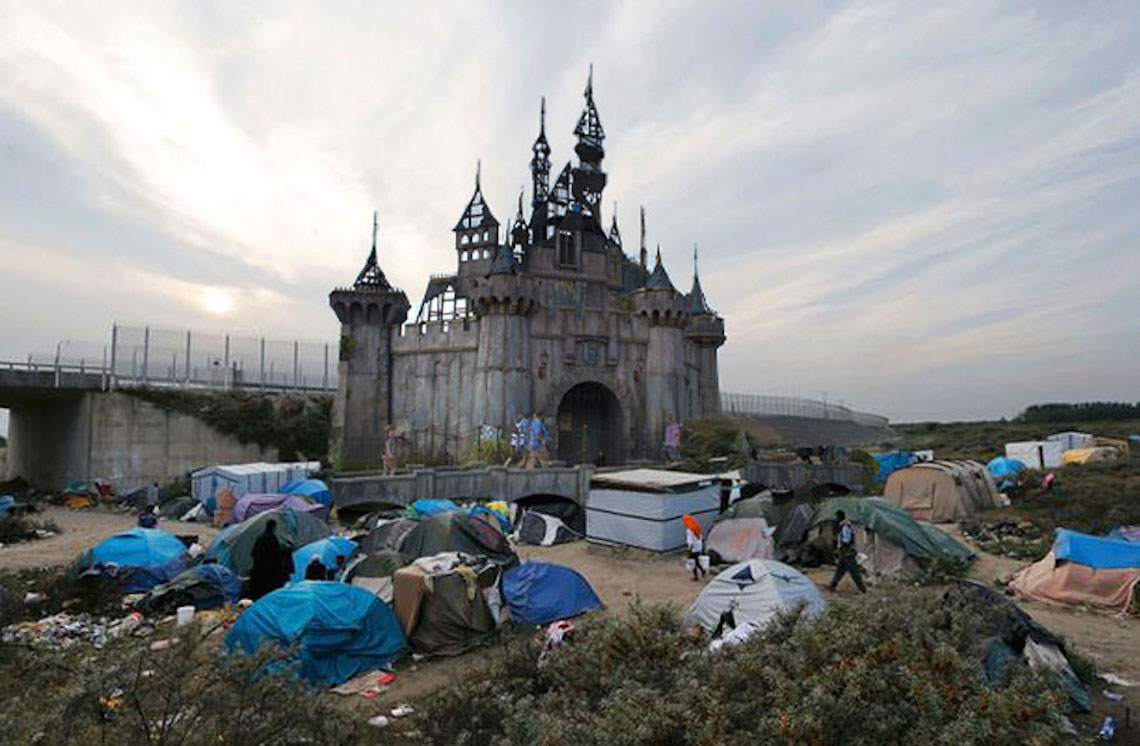 Since the 27th of September it is no longer possible to buy tickets on Dismaland’s official website. Instead an image has appeared on the home page showing a photograph of the camp with the incinerated Cinderella castle that dominates the theme park superimposed on it. Underneath the words:

Coming soon … Dismaland Calais. All the timber and fixtures from Dismaland are being sent to the ‘jungle’ refugee camp near Calais to build shelters. No online tickets will be available. 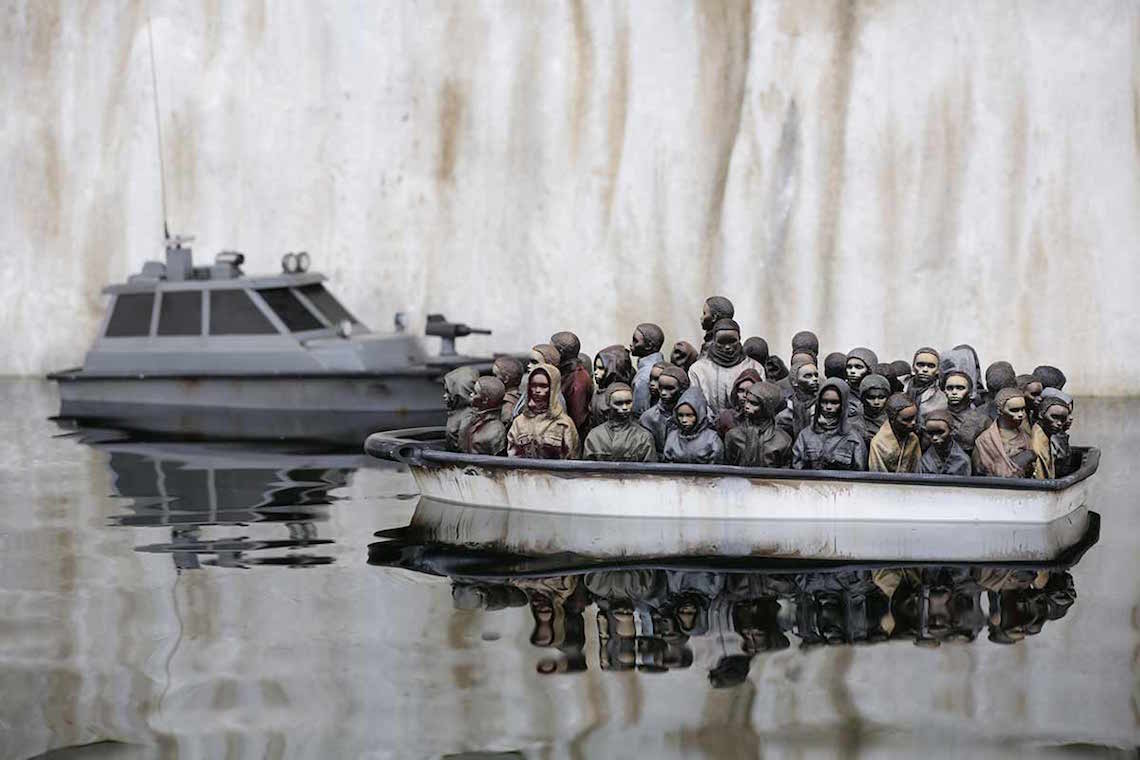 Dismaland attracted 150,000 visitors in five weeks. Local business leaders estimate that it injected 20 million pounds, over $30 million, into the economy of Weston-super-Mare, the British town on England’s western coastline that hosted the “bemusement park”.   The works of more than 60 artists from around the world were shown in Dismaland, one of which tackled the theme of refugees with biting sarcasm: visitors could remote-control miniature boats crowded with asylum seekers in a pool with floating bodies. 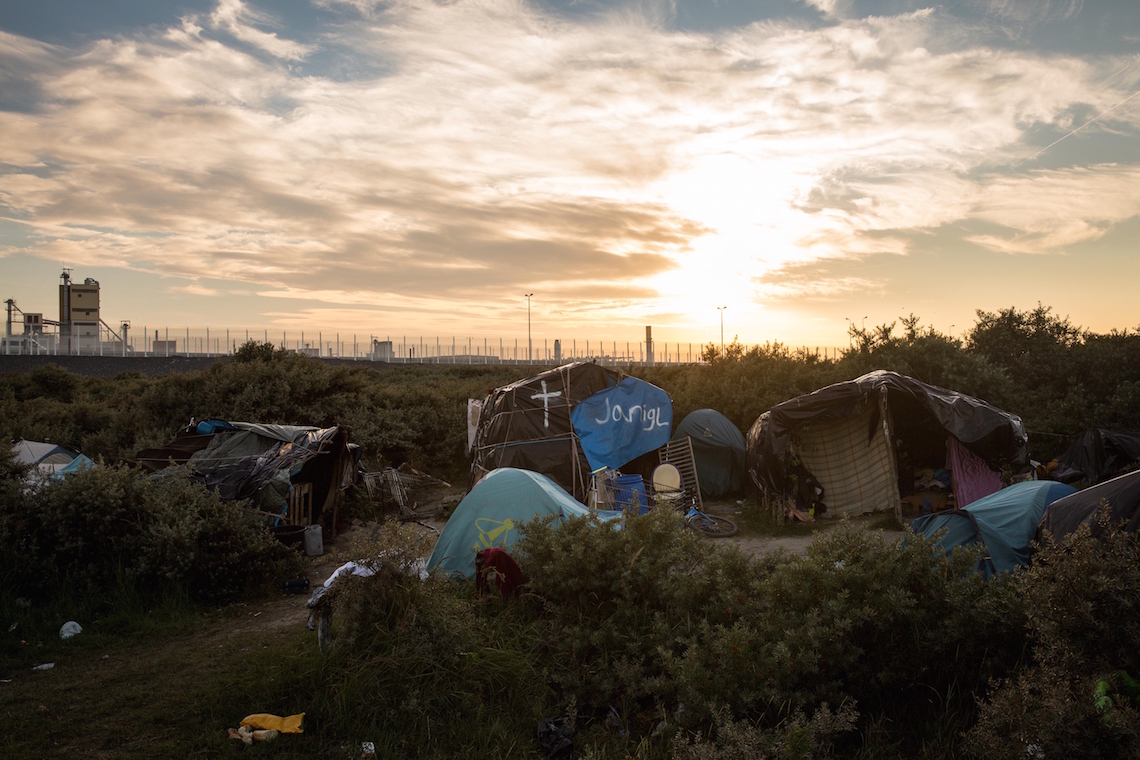 Dismaland will be decommissioned in the course of three weeks. Its timber and fixtures will reach the Jungle and will be used to built better shelters for the refugees. The camp was first built in 1999 near Calais and was called Sangatte. Throughout the years it has been dismantled and moved repeatedly, also seeing a number of riots, to become the camp that today is known as the Jungle.   With the new influx of asylum seekers in Europe the Jungle’s population has ballooned and living conditions have consequently worsened. According to Mazen Mallan, the pseudonym of a Syrian refugee writing for the Guardian, “the Jungle is like a forgotten place. It’s just tents and rubbish. Everyone there is dirty, cold”.

The Camp in Calais is a truly dreadful place. It is an indictment of society that it exists.Why have the media largely moved on?

Peter Sutherland, United Nations special representative on international migration, described the Calais camp as an “indictment for society”. He urged the British and French governments to do more to improve conditions there. Whilst British Prime Minister David Cameron announced that the United Kingdom will take in 20,000 Syrian refugees in the course of five years, none of them will come from Calais or anywhere else in Europe.

The 22nd of September French police broke into the Jungle and violently evacuated around 400 refugees. The camp has been targeted by authorities because many asylum seekers attempt to reach the United Kingdom even though the government there doesn’t want to let them in. It is estimated that twelve people have died in the past few months, the last of which was an Eritrean teenager who collided with a freight train at the entrance to the Channel Tunnel on the 27th of September.

Cover image © For the Road