Carbon dioxide (CO2) emissions stabilised across 2014 globally. This year, they are likely to slightly decrease, by around 0.6%. This is what has emerged from a study published by the scientific magazine Nature Climate Change, which underlines this is the first time that a decrease is registered during a period of economic growth (GDP has increased by 3.4% globally last year and is likely to reach 3.1% by the end of 2015). 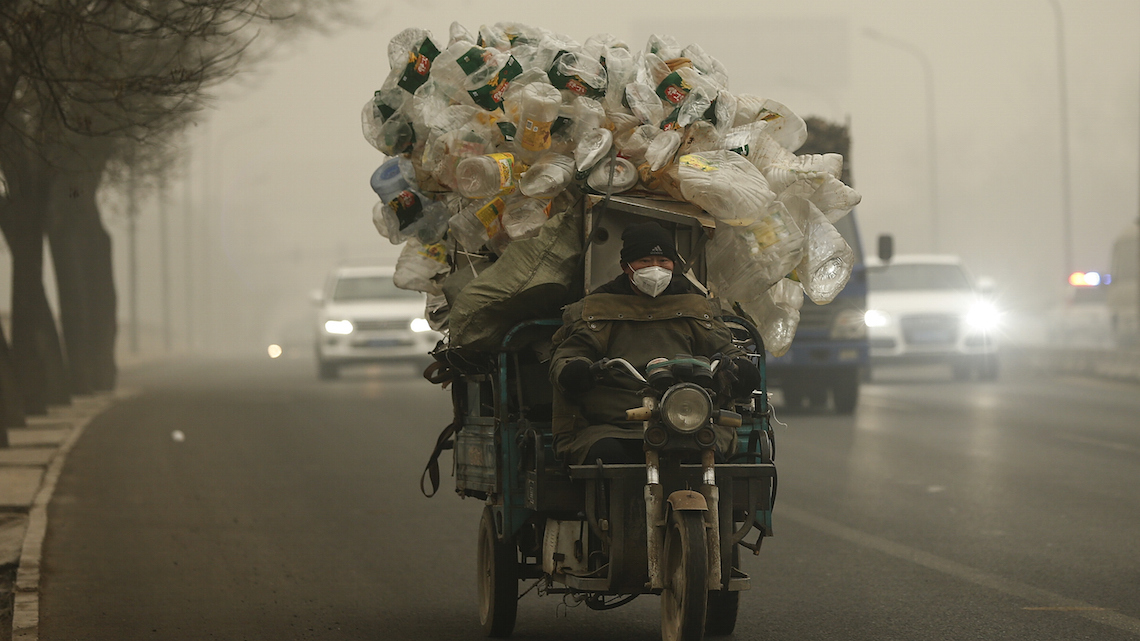 Chinese cities are the most polluted ©Lintao Zhang/Getty Images

When will CO2 emissions peak?

The news has been released on Monday 7 December, the day the second week of COP21 talks has begun. Nevertheless, the study carried out by 70 researchers – coordinated by Corinne Le Quere of the University of East Anglia – has not to be read with great optimism.

The research indeed shows that 2015 will be not remembered as the year CO2 emissions have peaked and then followed by a steady decrease on the long run. On the contrary, according to The Guardian, Le Quere warned that “Rapid growth in emissions in other emerging countries dependent on coal means that emissions are likely to go upward again in a few years”.

In other words, even if emissions peak soon, total levels will be still high for a long time. Moreover, once dispersed, CO2 remains in the atmosphere for decades: this explains how far we are from a definitive solution. It’s interesting to notice that the slight decrease registered in 2015 is partly due to a decrease in coal consumption in China. This confirms two facts: first, coal is the number one enemy of the environment; second, without a proper energy transition in Asia and India the objective (limit the global average temperature rise to 2°C) set by COP21 participants will be difficult to be achieved by the end of the century.

Today, about 300 million people lack access to electricity in India. The country’s economic growth will probably lead to a decrease in such figure, resulting in a social progress. However, as for the environment, it is still not clear how the government of New Delhi will provide the population with a universal energy supply, if through renewables or coal and nuclear.

In Paris, India’s position was pretty much unclear: on the one hand, the government has launched an historic Solar Alliance (with the participation of over 100 countries located between the Tropic of Cancer and the Tropic of Capricorn); on the other hand, according to NGO observers at COP21, India would have vetoed the use of the word “decarbonisation” in the draft agreement.