How many people will live in cities in 2045?

What will cities in 2045 be like? An expanding network of chaotic urban areas, unless plans for sustainable management are drawn out now.

Today, half of the world’s population live in rapidly expanding cities: often in a megalopolis with dozens of millions inhabitants, such as Tokyo, Shanghai and Mexico City. Impressive figures that are on the rise, as the number of people living in metropolises will increase further at the expense of rural areas. According the latest World Urbanization Prospects, the report on urbanisation drafted by the United Nations Department of Economic and Social Affairs (UN DESA), over 6 billion people will live in cities in 2045. 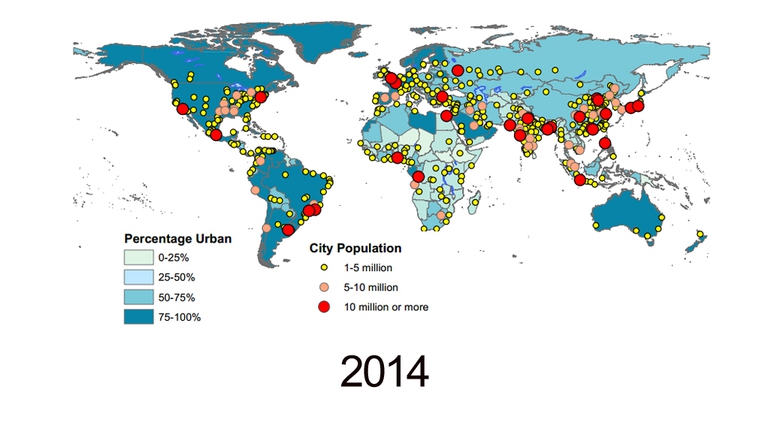 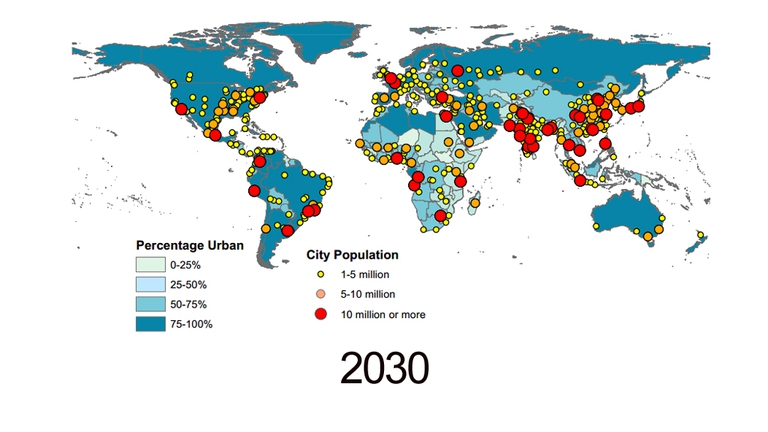 The sharp increase in urban populations will be related to two factors: on the one hand, the world population will increase from 6 to 9 billion inhabitants by 2050; on the other, people will be evermore desirous to move to cities in search of a wealthier and safer lifestyle, where more services are provided. The combination of these two factors will increase the number of people living in cities, who will be 2.5 billion more than today within the next 30 years. The highest increase will occur in countries such as India, China and Nigeria, which will concentrate 37% of overall urban population growth. In India alone, for instance, the number of people living in cities will increase by over 400 million.

Due to this growth, the administration of these “city-states” will face several challenges, such as granting access to education, healthcare, energy, transports and healthy food produced sustainably. “What we need to worry most about in this situation is the fact that governments don’t adopt the right measures to tackle the current growth” said John Wilmoth, Director of the Population Division of UN DESA. “Managing urban areas has become one of the most important challenges of the 21st century.”

Rural areas will face the opposite trend. Today, there are 3.4 billion people living in the countryside, while in 2050 rural populations will not exceed 3 billion people, mostly concentrated (90% of them) in Asia and in Africa.

Air pollution in India, a threat to human lives bigger than terrorism

Air pollution in India kills more people than terrorism every year. Yet there is no international war against pollution as there is against terrorism.

Angelina Jolie visits refugees in Jordan, urging the world to do more for them

There are 65 million displaced people worldwide. 2015 broke all records

Parma is UNESCO’s Creative City for Gastronomy. The first Italian city to be given such a recognition

Thanks to its workshops, trattorias, food companies and restaurants, Parma, the capital of the Food Valley, received a great acknowledgement: it’s the first Italian city to be rewarded by UNESCO for its gastronomy.

Phumzile Mlambo-Ngcuka. Women are better able to look beyond themselves

What does link women and climate change? Why do women play a key role? Here’s the interview with Phumzile Mlambo-Ngcuka, UN Women Executive Director.