The activists defending the Tigris and Euphrates, in the birthplace of civilisation

The Mesopotamian Marshes are at risk of drying up, in part because of poor water management. We meet the activists in Iraq who are defending the Tigris and Euphrates Rivers to stop this from happening.

The first time Salman Kharillah drank water from the Tigris he was 15 years old. To avoid becoming a target for militias, he decided to leave school and find a job. This was between 2005 and 2006, a highly violent parenthesis in Iraq‘s history. Teenagers in the country didn’t have many opportunities: “You had to avoid getting killed on your way home from school,” Salman recalls, “and if you weren’t already part of a militia, you risked being kidnapped and forced to join one”. After a while, Salman began to work as a lab assistant for Baghdad-based organisation Nature Iraq and after a year he was managing the laboratory. 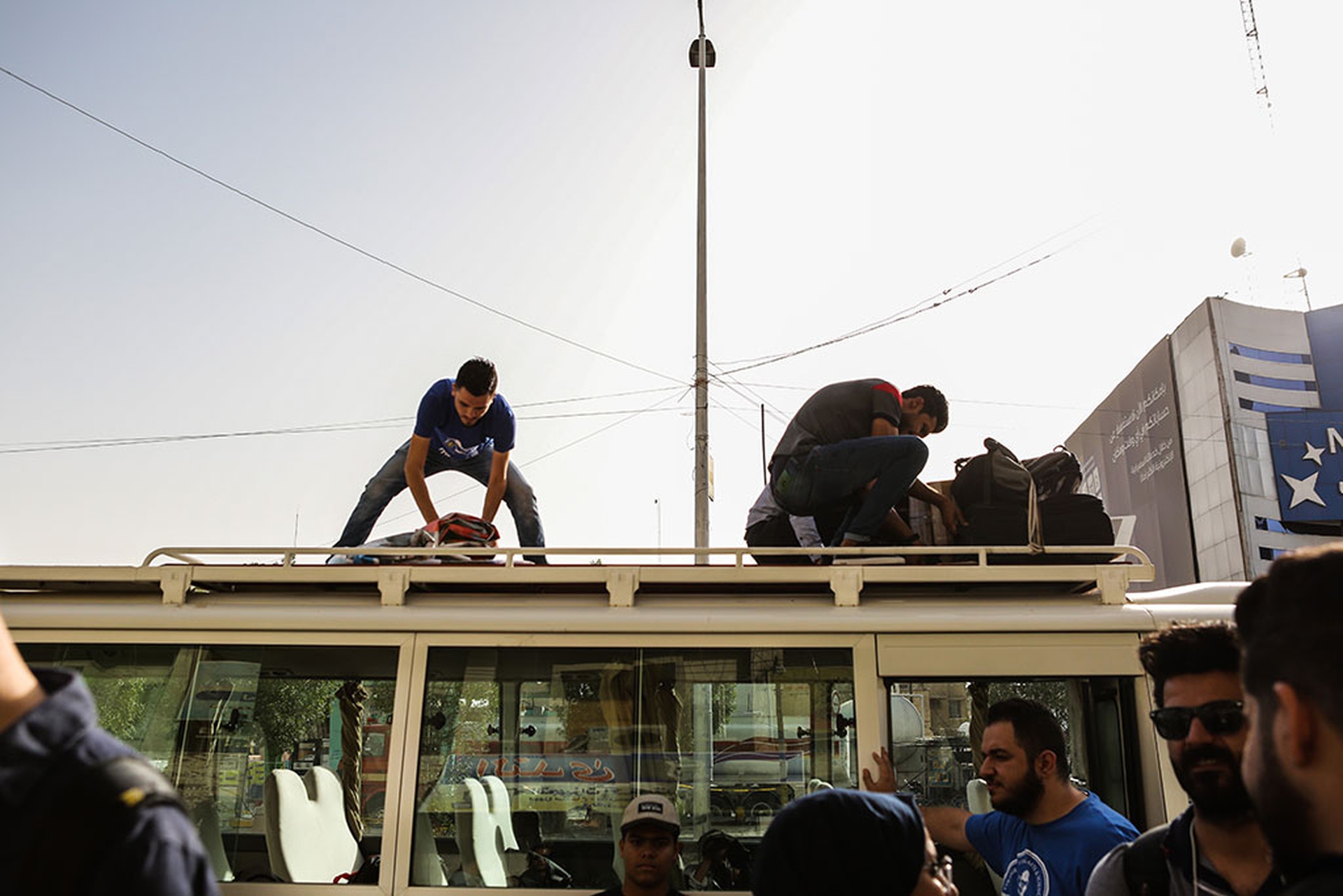 The campaign to save the Mesopotamian Marshes

Today, the thirty-year-old Iraqi is the coordinator of the Save the Tigris and Iraqi Marshes advocacy campaign, which was launched in 2012 by a number of local organisations and supported by the Italian NGO Un ponte per… with the goal of drawing international attention to the issue of water resources in Iraq. Every six months, Salman visits the Mesopotamian Marshes to check the water levels of the Tigris and the Euphrates Rivers, and even taste the water. “If I’m not able to go regularly, I try the water in Baghdad instead,” he recounts.

We meet Salman on a torrid day at the end of June. At daybreak the temperature is already hovering around 40 degrees Celsius. While most of Baghdad still sleeps, a group of activists awaits a minibus. Aged between 17 and 29, they belong to several different Iraqi civil society organisations. The group’s destination is the Chibayish Marshes Festival, 400 kilometres south of the capital, in the heart of the Fertile Crescent. “We’re going to see our beautiful marshes and dams’ impacts on the environment and local population,” explains Salman.

Among them are members of the Iraqi Social Forum, Sport Against Violence and the Iraqi Activist Network, built around the Iraqi Civil Society Solidarity Initiative. There are human rights lawyers as well as engineering and language students. There are photographers, journalists, artists and directors. Their objective? To defend water and the environment.

“Our politicians don’t consider water a national priority,” explains Ali Alkharli, expert on water issues, activist and founder of the Humat Dijlah organisation. “On the one hand, internal management is problematic, exemplified by the lack of modern irrigation methods or the water wasted by intensive agriculture. On the other hand, we have the issue of weakness in the context of international relations. 70 per cent of the water is controlled by Iran and Turkey. Our neighbours manage dams and tributaries, changing their flow as a form of blackmail. The Iraqi government is so weak it can’t prioritise the issue of water in its international agenda,” the activist explains.

The marshes risk drying up

Given the absence of adequate policies concerning water management, issues like drought and the building of dams, such as the Ilisu in Turkey and Daryan in Iran, threaten to drastically reduce the Tigris’ and Euphrates’ flow rate. The rivers, however, aren’t the only thing at risk: the same is true for the Mesopotamian Marshes, which became a Unesco World Heritage Site in 2016 as a result of campaigning by Iraqi activists, alongside the Sumerian cities of Ur, Eridu and Uruk. Without enough water, the marshes are at risk of drying up, which would force the Mad’an population or “Marsh Arabs”, as its known, to emigrate.

“Every year we lose 11 million cubic metres of water through evaporation. If you factor in climate change, soil salinity and the absence of water-focused policies, in ten years’ time the freshwater buffalo will be extinct and the Mad’an will be forced to leave these lands,” Jassim al-Asadi of Nature Iraq explains.

Ismael Dawood, an Iraqi human rights activist and advocacy officer for Un ponte per…, is similarly concerned. “It’s a cultural problem. We should change irrigation methods, protect animals and plants, and make water our main concern. If the Mesopotamian Marshes disappear, we’ll lose a cultural and environmental heritage that is unique in the world“.

Water must become an instrument of peace

To raise awareness on the issue of water in Iraq, environmental organisations launched a viral campaign in May 2018 using the hashtag Iraq without rivers (in Arabic). Following, the Mesopotamian Water Forum was held from the 6th to the 8th of April in Sulaymaniyah, northern Iraq.

“Water is used as a political instrument against Kurds, Syrians and Iraqis by Iran and Turkey,” Salman asserts. “The water belongs to everyone. It needs to become a tool for sustainable peace rather than political hegemony, which would only cause more war and conflict”.