October 9th marks what would have been John Lennon’s 75th birthday. To commemorate the Beatle and her life partner who was murdered in 1980, artist and activist Yoko Ono is trying to realise the world’s largest human peace sign.

The challenge of “Imagine Peace” is not at all easy: on 6th October in Central Park, right in front of her house in New York, Yoko Ono will have to gather from 6,000 to 10,000 participants. Her aim is raising funds for the John Lennon Educational Tour Bus, a non-profit organisation and mobile video recording facility without costs. But there’s more. If by 12:30 of the demonstration day more than 5,814 people (current record) congregate to form the human peace sign and are photographed from an airplane, Yoko will set a Guinness World Record. 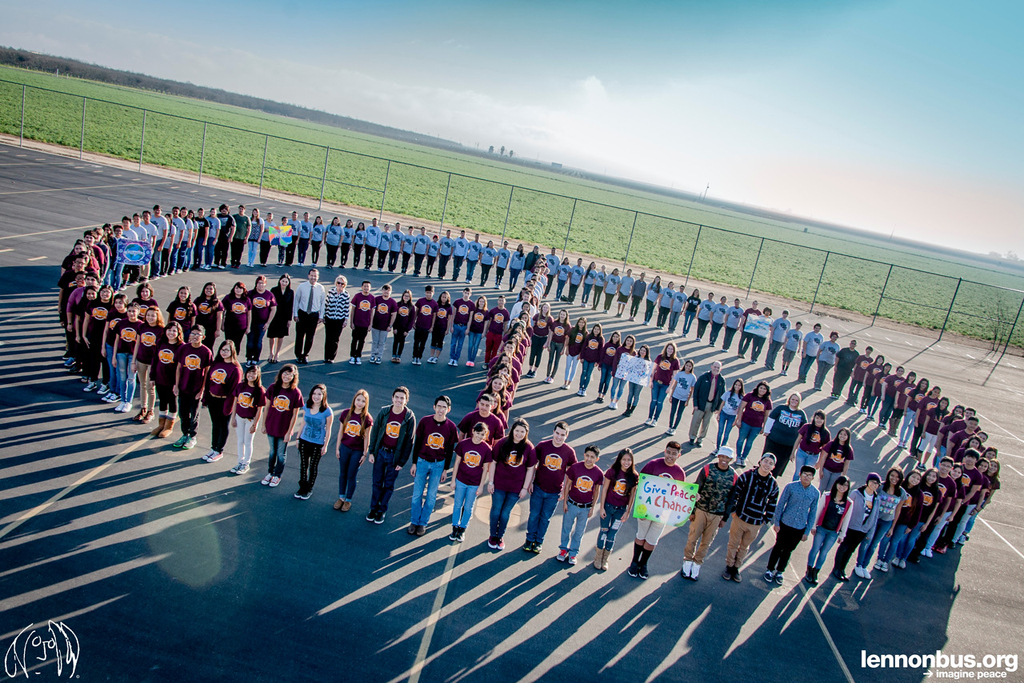 The participation in the event is free and open to everyone and is possible after registering in the Eventribe website. How will so many people be able to arrange themselves correctly if apparently there is not going to be a director? The answer lies in one of Ono’s tweets: “You don’t have to do much/ Power works in mysterious ways. Visualize the domino effect. And just start thinking PEACE”.